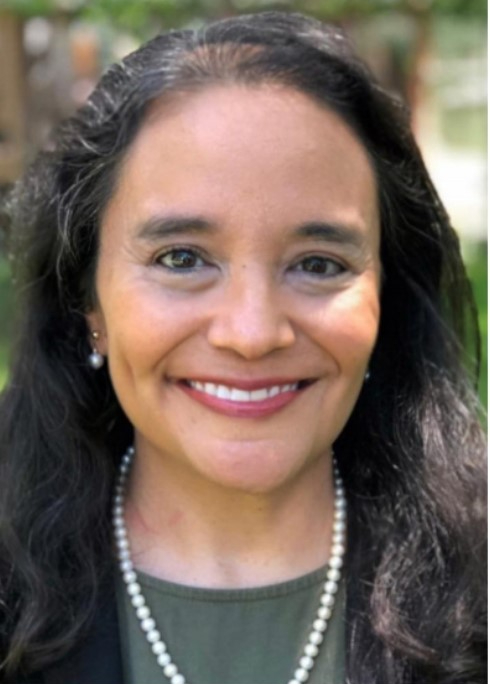 Dennise Garcia felt bittersweet as she packed her framed family photos, books, and other personal mementos from her office at the George Allen Courts Building in Dallas. She thought of the 16 years she had spent on the bench as the 303rd District Court judge in Dallas County. The courtroom is where Garcia told Texas Metro News she learned to become a smarter judge because of the families who went before her. In 16 years, she oversaw more than 80,000 family court cases that involved divorce, child custody, child support, Child Protective Service, or adoption. She even married a few couples, including the first same-sex couple in Dallas County. But now after being elected to the Fifth Court of Appeals in November 2020, Garcia has moved to a higher court in the same building, a job she began January 1.

Judge Garcia leaves the 303rd District Court as the longest-serving judge in that court’s history and as the first Latina elected State District Judge in Dallas County. Lena Levario was the first Latina district judge in Dallas County when Governor Ann Richards appointed her in 1993. Garcia decided to become a lawyer when as a 12-year-old she witnessed a relative’s frustration with their child support case and a lawyer who kept charging more money but never resolved the issue. “I remember thinking, well that’s not fair, that’s not right,” said Garcia.” So that’s when I decided I want to be a lawyer and help people.

The judge’s parents encouraged her to dream big. Around the dinner table in Irving, the family often had in-depth discussions and her mother would often tell her, “You need to be a lawyer.” Garcia’s father reminded her anything was possible, “You can do it. Adelfa Cajello is a lawyer, and you can be a lawyer too.” Growing up, Garcia looked up to Cajello, the first Mexican American woman to graduate from SMU Dedman School of Law in 1961. The first Latina to practice law in Dallas, the Civil Rights champion and community leader died in 2014.

Garcia decided SMU would be where she would get her undergraduate education before attending law school there. She admits some friends discouraged her because they didn’t think a Latina could go to SMU. “I got the ‘that’s not really for people like us’ or ‘why don’t you think of going somewhere else,” Garcia recalled them saying, ”You’ll have more success somewhere else, that’s maybe aiming a bit too high.

You have to understand Dennise Garcia; if you tell her she can’t do something, she does the opposite to prove people wrong. “The best way to get me to do something is to say, I can’t do it, or that’s too hard. Because in my mind what happens is I think, ‘I don’t think it’s that hard. Let me show you.’” And that’s what the SMU grad did, receiving her Bachelor’s degree in 1990, and her law degree in 1993.

By 2004, Garcia knew she was ready to become a family court judge after several years in private practice. Her opponent in Dallas County was well known and had been appointed by the Governor to fill the seat of a judge who had passed away. Once again, Garcia faced those who questioned whether she was making the right career decision.

“You have a good practice; why would you anger the people who make decisions in the cases that you’re working in. Why would you do that,” Garcia remembers being told by other lawyers. Others recommended the life-long Democrat become a Republican. “I had people saying do you want to be a Democrat or do you want to be a judge,” said Garcia, who didn’t change her political party, ignored the naysayers, and defeated her Republican opponent.

THE JUDGE HAD A CALLING TO HELP FAMILIES IN NEED

Judge Garcia said she was laser-focused on following the law as the 303rd District Court Judge. In the beginning, she had a system in place dealing with her family court cases, “Problem, answer, Problem, solution. I was a decision making machine.” But the decision-making machine wasn’t working. The judge started seeing the same families returning to her courtroom with other issues and realized her job was more than the law in the books.

“If you don’t understand the pain they are going through, the children are going through; then you’re going to miss a lot of opportunities in helping them,” said, adding that she learned to become more patient and compassionate. “The thing to remember is to be connected enough to the family and the conflict to make meaningful decisions. But you can’t be so connected that you become unhelpful.” If you wonder how the judge kept her sanity, handling thousands of emotional family court cases; she credits her husband, Pastor Eric Folkerth, for keeping her grounded. She said he’s her biggest cheerleader especially on Facebook, where he has told friends that the judge has helped many families survive.

“I believe these next words are not an exaggeration: There are people alive today because their conflicts were resolved in court, and not through senseless violence,” posted Folkerth on Facebook.

A NEW CHAPTER IN THE FIFTH COURT OF APPEALS

Judge Garcia will not hear a case until the middle of the month. “I’m excited to be able to do the law from this perspective. Nervous, because it’s not the thing I was doing in my practice,” Garcia told Texas Metro News. Garcia becomes the second Latina to sit on the Court of Appeals following Justice Robbie Partida-Kipness who was the first Latina to be elected to the Fifth Court of Appeals in November 2018. Garcia joined 11 other judges and one chief justice in the Court of Appeals, reviewing criminal, civil, family, and juvenile court cases under appeals from six counties, including Dallas.

The little girl from Irving, TX, has proven that anything is possible. Now at age 52, Garcia looks forward to the new chapter in her life and the law. “At the very beginning, I’m not going to know everything. And that’s alright, and I just have to work hard and pay attention so I can get it right.”

Prev ArticleNext Article
Use your ← → (arrow) keys to browse
In this article:Rebecca Aguilar

The SPJ Distinguished Teaching in Journalism Award goes to Dorothy Bland. She is a true role model for students, educators and professional journalists, and she...

A conversation on the state of journalism at the Dallas LiteraryFestival at the African American Museum. Panelists were: Charles Blow of the Washington Post and Black News...

Loved Ones Who Lost Family to COVID-19 Represented Story and Photos by Rebecca AguilarSenior Correspondent Yulissa Madrid walked through downtown Dallas on November 1...