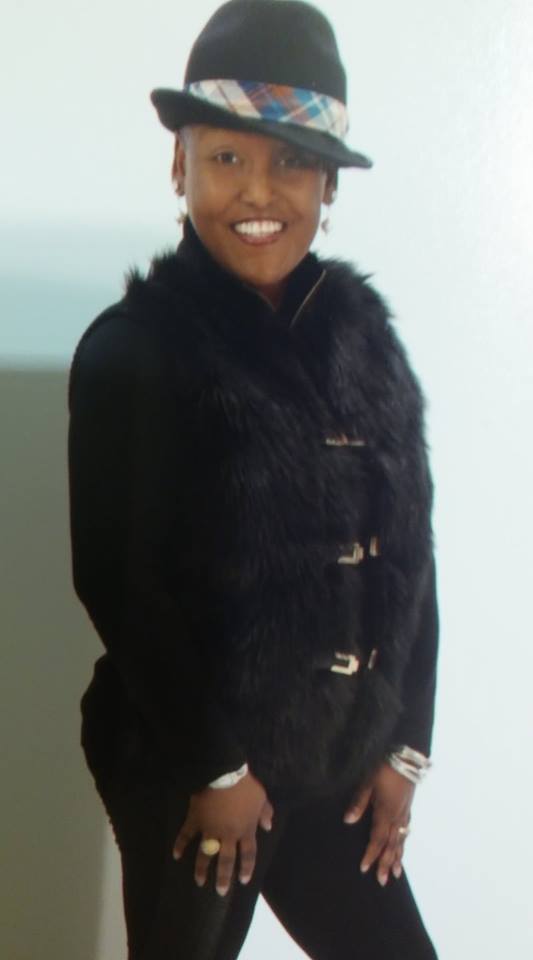 God’s plan. That’s what some would call it. Or divine intervention. Family and loved ones are preparing to celebrate the life of someone who used her life to help others deal with the challenges faced by a cancer diagnosis, even though she had her own.

At the age of 22, Houston native Roslin Hunt was a college student, looking forward to a long, wonderful life. She was living life to its fullest. That is until she received test results from her doctor. It was 1990 and Roslin, or “Rozz” as she was affectionately called, woke up to a swollen face and severe headaches.

Actually the first diagnosis she received was easily curable, nothing to worry about. She was told she had allergies. But when the prescription didn’t yield any results. It was back to the doctor and following several tests and an MRI (a medical imaging technique), Roslin was told she had a tumor. The doctor said she had an “extremely rare” form of cancer, ethmoid sinus rhabdomyosarcoma.

Some might panic, especially an active, youthful 22-year-old; but for Roslin, the diagnosis was not going to stop her from living. She loved life and whether she was hanging out with friends and family or gathering at church, Roslin lit up a room.

Not only did she write about living with cancer; she became a source of support and inspiration for others who were dealing with the same diagnosis. For the next 30 years, Roslin used her blessing to the benefit of others. She survived through other bouts with cancer over the years, but she was resilient. Interestingly, the same physician, Dr. Robert Benjamin, who treated her then, was with her until the very end.

If you visit the world-renowned MD Anderson Cancer Center in Houston, you’ll be greeted by Roslin’s picture and message. That’s because she spent so much time volunteering and helping others at the Center. She had a strong message for others who were dealing with a cancer diagnosis: “Dust yourself off and get back up, even if you have to crawl,” she said. “This is your life, after all, and it’s worth fighting for.” And Roslin was definitely a fighter.

Just ask anyone who knew her. Deeply grounded in her spirituality, she turned to her family and faith. Her church family, The Community of Faith Church, under the leadership of Bishop James W.E. Dixon II, embraced her and walked with her on her journey, Roslin recalled in a first-person report featured in an MD Anderson publication. “All of this love and prayer helped me through aggressive chemotherapy, radiation therapy using cobalt, nausea, vomiting, fatigue, blood transfusions and emergency room visits.

My weight dropped to 98 pounds, but I survived.” A real blessing for her, she wrote, was Dr. Benjamin, who in 1991 declared her cancer-free. Shortly after, with a new lease on life, Roslin began volunteering with MD Anderson’s support program. Through my Cancer Connection she was able to form relationships with other cancer patients. It seems she had found her calling. Then she began working at a cancer facility.

For her, this was a way to help others, to give them hope, she said. As the years went by, Roslin married her childhood friend and despite odds that were not in her favor, gave birth to a daughter, Jaylin.

Then in 2013 “chronic allergies and sinus problems” landed her back in Dr. Benjamin’s office, “who diagnosed me with radiation induced osteoblastic osteosarcoma of the left great sphenoid wing/ skull base.” As always the village was there and once again, you could call Roslin a survivor, because according to her, “In October 2013, Franco DeMonte, M.D., performed skull base surgery. Then, in December, I began aggressive chemotherapy treatments that initially required hospitalization. In August 2014, I completed my last of eight cycles of methotrexate.” Methotrexate works by slowing or stopping the growth of cancer cells and suppressing the immune system.

In 2015 Roslin proudly shared that she was cancer-free again. Sure, she said, she had the “scars and side effects, including migraines, fatigue, tenderness in my feet, a left lazy eye and vision changes, numbness in a small area of my face and left ear hearing loss,” but everything was going to be fine. To say that Roslin didn’t have moments of sadness or fear would be an inaccurate depiction of this one survivor. In sharing her testimony, she would admit, “Cancer is mentally and physically challenging.”

“She was very private and focused,” said her big sister, LaDon. “Her faith was strong and her love of her family was equally strong. She was an inspiration to so many.” In the midst of all her trials and triumphs, Roslin, along with her husband, also found time for so many others, like raising her niece, Symika, as their own.

And then there was that smile, that surely brought joy and hope to other cancer patients and survivors, as well as anyone who encountered Roslin. Never one to walk around bemoaning her fate, she continued living each day to its fullest and encouraged others to do the same. Her hope and faith gave inspiration to others and helped them to smile, even through the pain and various diagnoses and rigorous treatment regimens.

Born June 2, 1967, Roslin Rashall Hunt was vigilant until the end. For her 52nd birthday, she launched a fundraiser on social media, where she exceeded her goal to make a gift for the American Cancer Society. She said she chose the nonprofit “because their mission means a lot to me.”

In 1995, she married Erroll Jerome Sweat, who she met when they were in the 7th grade. A lover of scrapbooking and photography, she was the family’s self-proclaimed, resident historian; chronicling everyone’s lives and documenting key milestones. She also loved to travel and a favorite pastime was shopping— there wasn’t a shopping mall or outlet she didn’t like!

Roslin spent much of her spare time working in the church, where she and Erroll led the Kingdom Couples Marriage Ministry. She was also an active participant in the Women Faith Empowerment Ministry and a founding member of the Love Ye One Another (LYOA) Cancer Support Ministry. LYOA presented her with the lifetime achievement award in 2018. Roslin was also a spokesperson for CanCare, a subsidiary of MD Anderson, and a network participant for patient advocacy.

Her sister summed up the sentiments of many about Roslin. “I’m convinced that I must be one of God’s favorite children because He loved me enough to bless me to have Roslin as my sister,” said Ms. Ward. “She was and will always be the strongest person I know.”

Roslin was preceded in death by her parents Bobbye and A.C. Flannigan and Kenneth Ikner. Left to cherish the beautiful memories they made together is Roslin’s husband, Erroll Sweat; daughter, Jaylin Bobbye Ruth Sweat; bonus daughter, Symika Hunt-Morris; sisters LaDon Ward (Kirk) and Veronica Whitley; brother, Edwin Flannigan; her church family; the MD Anderson family; and, a host of relatives and friends.