As of Daytona Times’ Wednesday deadline, there were five Hurricane Ian -related deaths in Volusia County and more than 200 people being housed in a shelter at the Ocean Center in Daytona Beach.

Daytona Beach residents tell their experiences with the storm, which dumped up to 16 inches of rain in the area.

Lashaundra Mays and her family, which includes four young boys, were evacuated by Volusia County sheriff ’s deputies in a rescue boat from their Caroline Village apartment on Caroline Street.

“I woke up at 7 a.m. and the cars were under water. There was no way to leave by car.” Mays told the Daytona Times about the storm coming through on Sept. 29. “We stayed with family for three days. We lost both cars, our clothes and furniture. It’s tough emotionally. I really hope they do something to address this storm water.”

She further stated, “I applied for FEMA assistance but was denied. We’re taking a day at a time putting our lives back together.”

‘We shouldn’t be neglected’

Cora George and her Berkshire Road neighborhood in the Derbyshire area got their power restored on Tuesday night.

George expressed, “It wasn’t that bad but for the extended period without power. This area shouldn’t be one the last to get power restored. We also pay taxes over here. This is not beachside but we shouldn’t be neglected.”

Brenda Stokes lives on Hudson Street in Palmetto Park. “The entire apartment was flooded. I need help. I am tired of this. They did new drains years ago, but it’s not working. My apartment has flooded during three hurricanes,” responded Stokes.

“All my stuff is damaged. I am devastated, frustrated and depressed. I will apply for FEMA assistance. They need to do fix the storm water drainage over here.” Jeanette Stokes lives on Pierce Avenue.

“I am upset. The area has no drains. When it rains heavy over by Kingston, Beach and Pierce streets, it floods. Roads were closed. My car was damaged. I can’t lift heavy objects. I am disabled. I can use food and cleaning supplies. I will apply for FEMA,” Stokes said.

‘Lost a lot of belongings’

On Monday, Tasha Smith was sitting outside of her apartment at The Villages on South Street. Like her neighbors her belongings were piled up on the street.

She said, “It was a disaster. We lost power for days. We lost a lot of belongings. We couldn’t get out to get food because the street was underwater. I will apply for FEMA. I hope they fix the flooding problem in the area.”

Hyfesa Moody lives in Daytona Garden Apartments, where there is a history of flooding even during regular heavy rains. Once again, the storm flooded the area.

“I left before the storm but returned to a flooded apartment. I had no sandbags. It’s sad, upsetting and depressing. I’ll apply for FEMA. I hope they do something to alleviate flooding in this area,” stated Moody.

Erica Bastien lives in Pine Haven Apartments, which dealt with the smell of sewage and garbage after the storm.

“It was terrible. We were without power for a few days. There was a powerline down on Keech and kids were playing on the pole. The apartment didn’t flood but water did leak in from the roof,” responded Bastien.

“We had pockets of flooding. We couldn’t shower for days because of sewage problems. I applied for assistance. They need to address flooding, sewage and the power grid.”

“It was hard and tragic for many. I was at work but came home to a flooded house. I felt hurt especially for those that had it worst,” commented Johnson.

“I clean up my yard and the flood waters. I’ll check on flood insurance and FEMA assistance. I have been trying to help others clean up.”

Monica Curry is displaced after her apartment in Nova Wood was flooded; she is living with friends.

Barrett noted, “It hit harder than we expected. We didn’t have flooding but a powerline was down. We had a generator so we were okay.”

Barrett’s daughter, Carol Mattis, lives on Emmett Street. Mattis said, “It was flooding and a lot of trees down. Fortunately, the water didn’t get inside.”

Kaylo Hannah was out of town working during the storm. His Holly Hill residence was spared. He is concerned about family in friends who live all across Daytona.

He emphasized, “Daytona got its worst flooding ever. We need to come together as a community and help each other. The south side really needs help. It’s no way this is happening in the Black community. Many lost everything they have worked hard for.” 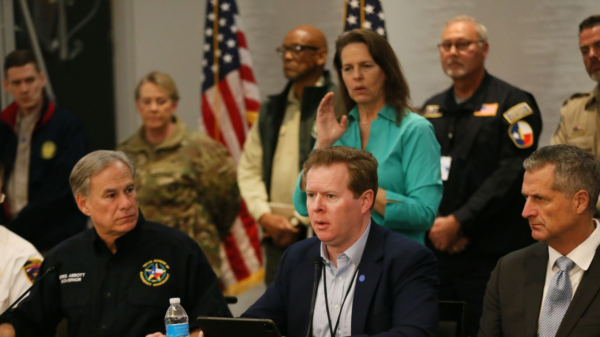 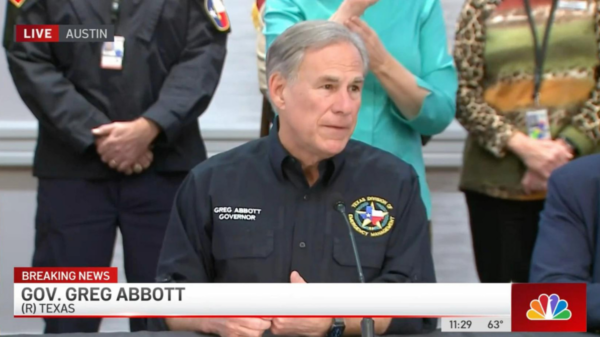 ‘We are ready for this storm.’ Abbott, ERCOT discuss Texas winter storm prep ahead of freeze