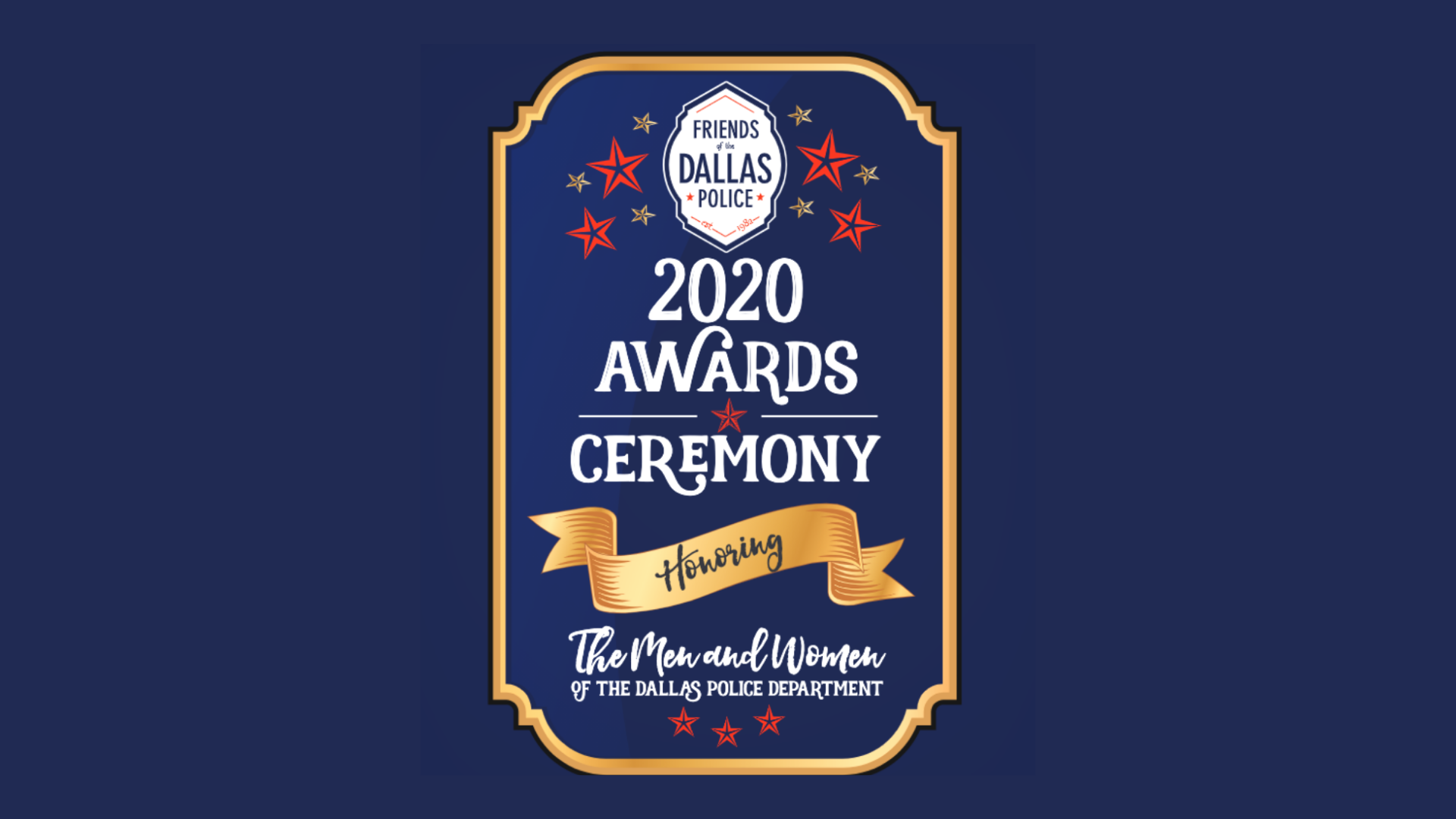 Police leaders gathered together on November 10 for the 39th annual Friends of Dallas Police Awards. Due to the pandemic, it was not possible to hold a ceremony in person, but Dallas Police Chief U. Reneé Hall joined the Friends of Dallas Police leaders for a virtual celebration to present Officer of the Year, Non-Sworn Employee of the Year and other awards during a virtual celebration to honor 225 DPD officers and employees who have gone above and beyond the call of duty. DPD employees, family members, friends, elected officials and community sponsors watched via a livestream presentation.

“This year has undoubtedly been challenging for so many people in our city, but the Friends of the Dallas Police is honored to celebrate the exceptional officers and employees of the Dallas Police Department who have brought light and hope during these dark times,” said Nathan Halsey, chairman of the board for Friends of Dallas Police. “And while we don’t always hear about the heroic acts, the behind-the-scenes dedication, the tireless volunteerism and kindness, tonight we get to stop and recognize our most esteemed public servants. Thank you for working long hours, thank you for missing dinners with your families, thank you for saving lives and going the extra mile.”

Dallas Police Chief U. Reneé Hall was also in attendance to congratulate each award recipient as well as Nathan Halsey, chair of the Friends of the Dallas Police. In addition, Dallas Mayor Eric Johnson and Dallas City Manager T.C. Broadnax delivered special video messages to the officers and employees.

Including the major awards announced that evening, the Friends of the Dallas Police also recognized sworn officers and non-sworn staff members in a variety of categories, including: Meritorious Conduct (for individuals and units), Police Commendation and Life Saving.

Founded in 1982 by a group of Dallas business leaders, the Friends of the Dallas Police Awards event recognizes the DPD employees for outstanding performance in the line of duty and raises money to celebrate those employees who risk their lives every day to make Dallas a safer city. The Friends organization believes that, no matter their position within the department, each of DPD’s employees has made a commitment to better the city and the quality of life of its citizens.

For a list of nominees and award winners, go to friendsofthedallaspolice.org.