The jailers were not charged in connection with the in-custody death, which was ruled a homicide.

By Tom Steele and Kelli Smith

The roughly 41 minutes of footage, released late Friday afternoon, has no sound — the cameras at the facility cannot record sound, according to the sheriff’s office — and the jailers’ faces are blurred.

Authorities did not mention any additional footage, but Scott’s family has viewed five hours of jail video from the incident, according to their attorney Lee Merritt.

Scott was arrested March 14 on a marijuana possession charge after Allen police reported finding him sitting next to a small amount of pot at the Allen Premium Outlets. He was initially taken to a hospital but later booked into the Collin County jail.

The footage begins with Scott and a jailer appearing to speak to each other through a door in a holding area. It is time-stamped 10:04 p.m., although it is unclear whether that time is accurate.

After Scott places one of his arms through a slot in the door, additional jailers enter the room and they open the door, which Scott continues to hold onto while sitting on the floor.

More jailers come into the room, and they pull Scott — who appears to be speaking — away from the door and walk him into an adjoining room. The video switches to a camera inside that room, where a blue restraint bed is on the floor.

At this point, a little more than two minutes have elapsed.

Several of the jailers pull Scott onto the bed, while one of them appears to point a canister of pepper spray at his face. Scott is calm and sitting up as jailers work to strap down his legs; at one point he turns and appears to speak to a jailer at his left shoulder.

Scott appears to struggle as the jailers pull him down so that he’s lying on his back, with his head hanging off the end of the bed. One grabs the sides of his face, his fingers under Scott’s chin. Another jailer gets the attention of someone outside the room and motions to his own head; he is soon handed a spit hood.

The jailer positioned behind Scott’s head places the spit hood over his head about four and a half minutes into the footage, just as Scott attempts to sit up and is then pulled back down by the jailers.

In the minutes that follow, Scott lies calmly as multiple jailers continue to work with the bed’s straps. Some jailers occasionally leave or enter the room; there are generally between four and six in the room with Scott.

Scott attempts to sit up several times, and he wiggles his feet. About 10 minutes into the footage he kicks wildly, sending his sandals flying. His shirt gets pulled up slightly, exposing his stomach.

Eventually Scott’s arms are restrained at about a 45-degree angle from his body. The jailers continue to work with the straps on the sides of the bed, and Scott tries to sit up several more times.

A little more than 16 minutes into the video, Scott attempts to sit up and is pushed back down. He continues to struggle with the jailers, who hold him down while trying to readjust him on the bed. Several of the jailers appear to use their knees to put their weight on his shoulders and legs.

Eighteen minutes after the video begins, Scott briefly puts his head up and his chest appears to heave for a few seconds as jailers continue to hold down his shoulder and leg. Soon after, one of the jailers touches the spit hood while he and another jailer appear to look at Scott’s face. Two jailers then begin vigorously rubbing Scott’s chest.

Five jailers are crowded around the upper half of Scott’s body, watching. Seconds later, one of them taps on the glass as Scott lies motionless, his face visible. The time-stamp reads 10:23 p.m.

Jailers quickly begin removing the restraints, and a person wearing scrubs enters the room. Five jailers stand around Scott as a sixth jailer pumps his chest repeatedly. The person in scrubs sifts through a bag next to his body.

The jailers stand back a minute later, and four people dressed in medical attire come into the room and take over pumping Scott’s chest.

A sheriff’s spokesman said he did not have information about what time medics were summoned.

About 26 minutes into the video, one medical official stops applying pressure to Scott’s chest and raises both arms in the air. That person then continues to pump his chest as other medical officials filter in and out of the room. One jailer paces and rubs his forehead before exiting the room.

Several jailers then take turns applying pressure to Scott’s chest. More medical officials come into the room, and about a dozen people are in the room 30 minutes into the video.

Scott’s body is raised off the restraint bed and an official places something under him. Medical officials place an automated CPR machine on Scott’s chest and hook him onto it, and his chest begins to rise and fall quickly as it is pumped, while a pump is used on his mouth. Only one of the jailers is still in the room.

Someone comes into the room and hands a few papers to an emergency responder, who briefly goes through them before setting them down. The device stops pumping Scott’s chest before being turned back on.

Near the end of the video, one jailer gestures for others to come in. Officials push the restraint bed to the middle of the room and then transfer Scott’s body onto a gurney. After adjusting the bed for a few moments, officials roll Scott’s body out of the room as the CPR device continues to pump his chest. The video ends at a time-stamp of 10:45 p.m.

The county’s medical examiner, Dr. William Rohr, determined that Scott died from a “fatal acute stress response in an individual with previously diagnosed schizophrenia during restraint struggle with law enforcement,” and he ruled the death a homicide in a preliminary autopsy report.

The sheriff’s office said Friday that it would make no further comment on the video, citing pending or potential legal matters. Sheriff Jim Skinner has said the jailers attempted to restrain Scott after he began exhibiting “strange behavior.”

Merritt, who is representing Scott’s family, has said that Scott was probably suffering a mental health crisis. He could not immediately be reached for comment Friday. Scott’s sister was not able to speak to a reporter Friday evening.

Last month, a grand jury declined to indict eight jailers on charges related to Scott’s death — charges that Scott’s family and other supporters had demanded for months.

Seven of the jailers were fired after an internal investigation, and an eighth resigned. One of them successfully appealed his termination, and attorneys have said five others were appealing.

At the time of the firings, Skinner said the jailers “violated well-established Sheriff’s Office policies and procedures.” Zach Horn, an attorney representing six of the jailers, said after the grand jury’s decision that Skinner was “nothing more than a frightened politician sacrificing the livelihoods of dedicated public servants for political expediency.”

Spurred by Scott’s death, the sheriff’s office released a list of changes last week aimed at improving how it handles people who have a mental illness or intellectual disability. The plans included restricted use of restraint beds and spit masks, a new jail infirmary with more than 300 beds for mental health care and advanced training for detention officers on the use of force in jail.

The office also said it had asked the U.S. Justice Department to review its procedures, training and operations, as well as the attitude and culture of the detention staff.

In a statement issued alongside the decision not to charge the jailers, the grand jury urged the formation of a ”work group” to examine ways to prevent similar tragedies. Collin County District Attorney Greg Willis has vowed to take the lead in assembling the community-based group. 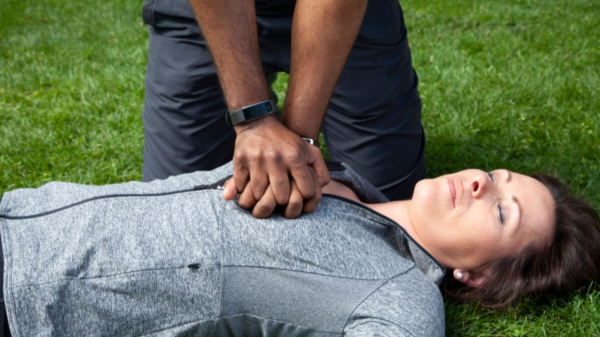 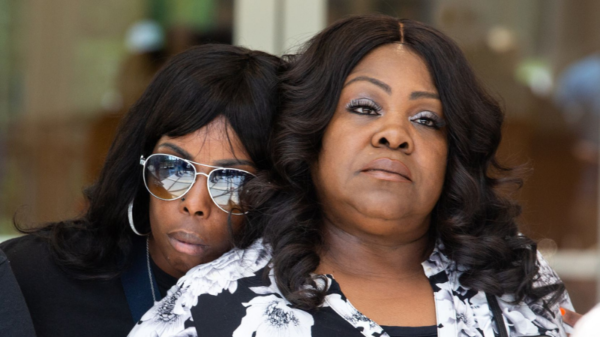 Marvin Scott’s family says they won’t give up on justice: ‘My son was killed by these individuals’

‘He suffered,’ LaSandra Scott said of her son’s death in the custody of Collin County jailers. ‘He suffered. He suffered.’ By Michael Williams In a...