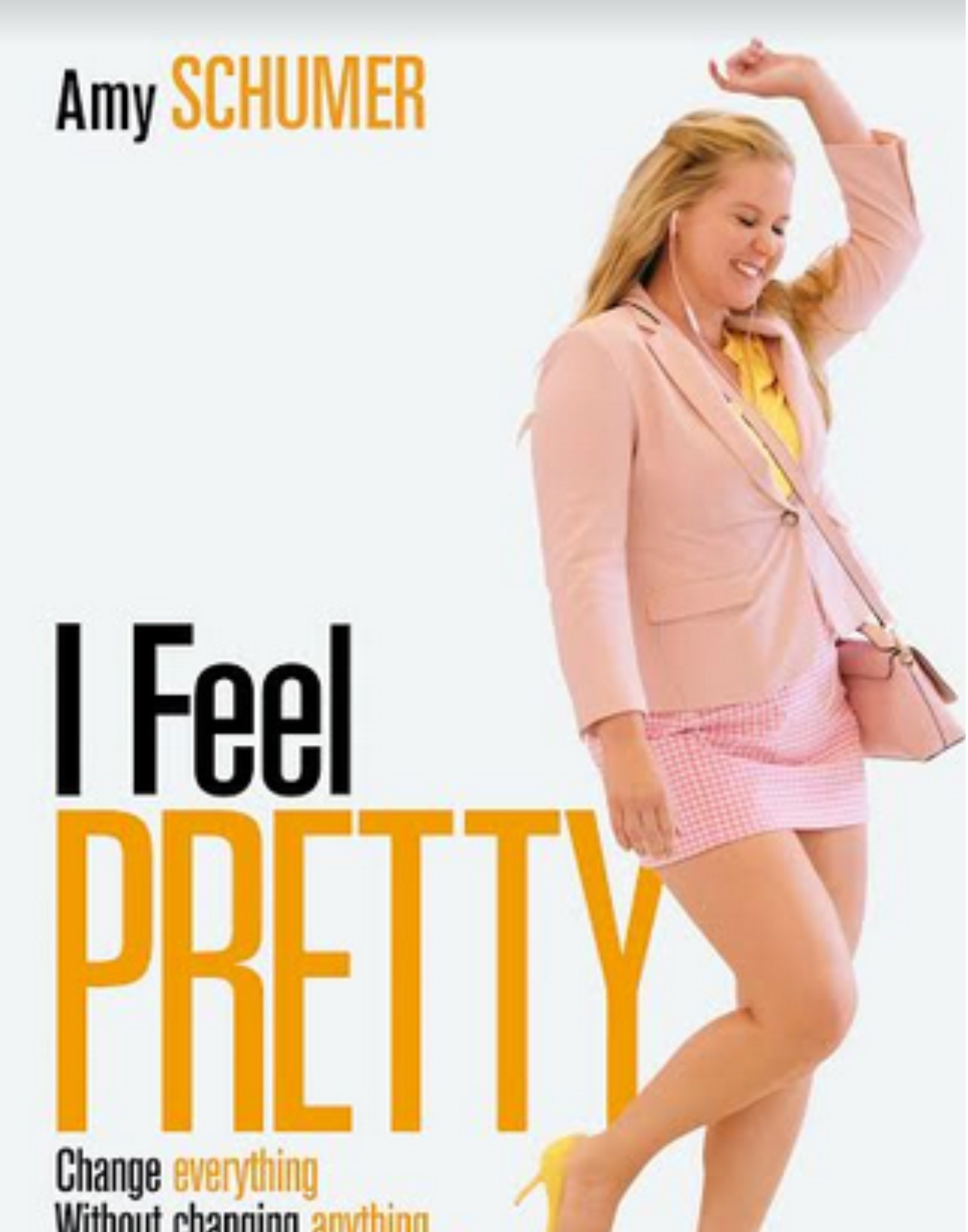 Comedic actress Amy Schumer plays Renee Bennett in the hilarious new movie with a message called I Feel Pretty. The movie will keep you laughing from start to finish, but in the end, there is a message to the comedy about women’s acceptance of their own body image.

In the movie, Schumer’s character is a “plus-sized woman” who’s struggling with her image as a “big girl.” To improve herself, she joins a cycling class at Soul Cycle where she compares herself to the other women in the class.

In an homage to the movie Big, which starred Tom Hanks, she goes down to the park on a stormy night, throws a coin in the fountain, and wishes she was small. When she hits her head in a cycling class at Soul Cycle, she thinks that her wish has comes true.

Unlike the Jack Black movie Shallow Hal, we never see Amy Schumer’s image of how she thinks she looks, so that makes it even funnier when she strides into the office hearing music that only she hears in her head or when she strips down to her undies to enter a bikini contest in a seaside bar.

I think women will really get the message of the story—not to say that men won’t enjoy the movie as well, but from the screening that I attended, the woman was enjoying a bonding moment with the movie’s lead character, Renee. It’s an empowering movie that will have many “girls’ night happy hours” ending with seeing the film.

is rated PG-13 for partial nudity and adult situations and has a run time of 1 hour and 50 minutes. On my ‘Hollywood Popcorn Scale,” I rate this movie a LARGE.
Prev ArticleNext Article
Use your ← → (arrow) keys to browse
In this article: