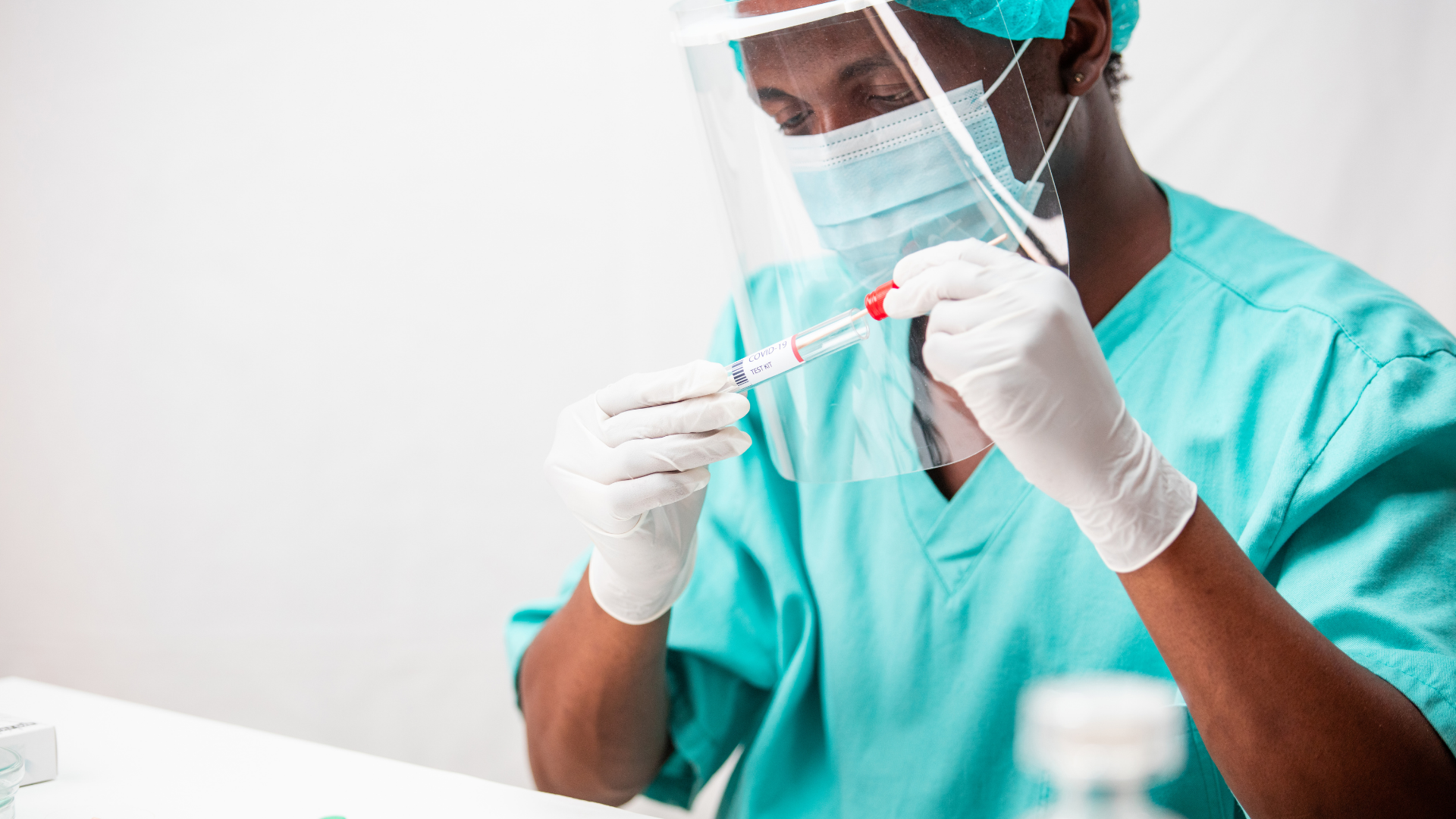 News of a possible COVID-19 vaccine is on the rise, but it’s not quite available yet, even though President Donald Trump says he has been successfully treated.

Experts, however, are  cautiously optimistic. The country watched for updates on the condition of Trump, who announced a positive COVID-19 test result. Trump left Walter Reed Medical Center where he had been under observation and returned to the White House, just a few days after his diagnosis was confirmed.

Dallas’ COVID expert Dr. Kelvin Baggett stressed continued safety measures at a meeting of the Black COVID-19 Task Force on Tuesday at a weekly meeting that includes discussions about testing, disparities and why cases are still on the rise in North Texas. Led by Dallas City Councilman Casey Thomas, a cross section of citizens and city employees comprise the task force.

Although cases were down in Texas at the beginning of the month, according to data reported by Johns Hopkins University, the state has seen some of the highest rates in the country, with more than 800,000 cases. North Texas has also seen an increase in daily new cases and hospitalizations.

“Today we have 400 new confirmed cases and 50 new probable cases for a total of 450 new COVID-19 cases,” said Judge Clay Jenkins of Dallas County, in a general update to the region last week. “Doctors are now seeing an uptick in Dallas County following the uptick they saw in surrounding counties over the last several weeks. With case numbers increasing, it’s more important than ever that you wear a mask and maintain six feet of distance, wash your hands, and avoid unnecessary crowds.”

Some are not moved by the uptick, though.

“More businesses are opening up and the return to school is enabling more people to go to work,” said Dr. Baggett.” Those are some of the factors that we believe are contributing to these numbers.

“At the end of this year with the pace this is going, it’ll be the third leading cause of death in America,” added the doctor, who also holds a Master of Public Health Degree from the Johns Hopkins Bloomberg School of Public Health.

But even with rising cases in the state, residents still aren’t getting tested, at least in North Texas.

“Testing continues to be at very low levels,” said Rocky Vaz, the Director of the Office of Emergency Management for the City of Dallas. “We continue to maintain our testing sites and we are not reducing our testing capacity at this point.”

According to Director Vaz, COVID-19 testing continues at several sites throughout the region, including at Ellis Davis Field House and Eastfield College. Low numbers are especially troubling for high risk communities where testing is both taboo and sometimes hard to come by.

“We were there for two hours, we did 42 tests and we ended up running out of supplies,” said Naeema Young, who runs the Golden Life Wellness Center at 1251 E. Red Bird Lane in Dallas.

She described a recent visit to a housing community in South Dallas to help with awareness and testing.

“There were so many uninsured people that had symptoms,” she added and noted that because of growing concern of the virus spreading in the tight-knit community, that she returned to her office for more personal protective equipment to help minimize additional exposure to the virus in the neighborhood.

“They don’t have the mobility and they don’t understand the severity of (the virus) to get tested for free if they’re uninsured,” she added. “We are going into parts of the community where if you don’t take it to them, and knock on their door (they’re not going to get it).

“With winter rapidly approaching, we’re testing not just for COVID, but for RPPs (Respiratory Pathogen Panels that help diagnose other respiratory infections) to make sure we are properly diagnosing them. I don’t want to render treatment for COVID when it’s a different virus.”

The city of Dallas does offer mobile testing for free for residents via its drive-thru or walk-up testing sites, but Ms. Young said that won’t help those in high risk neighborhoods who can’t get there or who already distrust the medical community.

“They don’t have transportation,” she said. “Or, the ones that do, don’t have the gumption to get tested. If we’re not up in their face and speaking their language to motivate them to get tested they’re not going to take the initiative.”

Targeting is also an issue that needs to be addressed, she acknowledged.

“Who can I reach out to, to get more assistance,” she asked. “We can do whatever we want for the insured, but if we don’t target the population that doesn’t have the means to get medical coverage, I almost feel like we’re working backwards.”

While the country waits for an immunization, health officials in North Texas are also strongly encouraging residents to get a flu shot, dispelling the notion that someone who tests positive for COVID-19 cannot also get the treatment for flu.

“Those are obviously two different viruses,” said Dr. Baggett. “It’s not 100% protective but it will lessen the potential.”

“We do have enough flu shots,” he added, indicating that those opting to get COVID testing at Eastfield College or Ellis Davis Field House can also get the influenza vaccine, and for free if they are uninsured.

“Hospitals are already above 80% capacity and this isn’t even the busiest time,” said Dr. Baggett. “You should be taking this seriously,” he said of the novel coronavirus. Maybe not dominating every minute of your life, (but) it should be a consideration that you weigh strongly as you conduct your life and your affairs.”