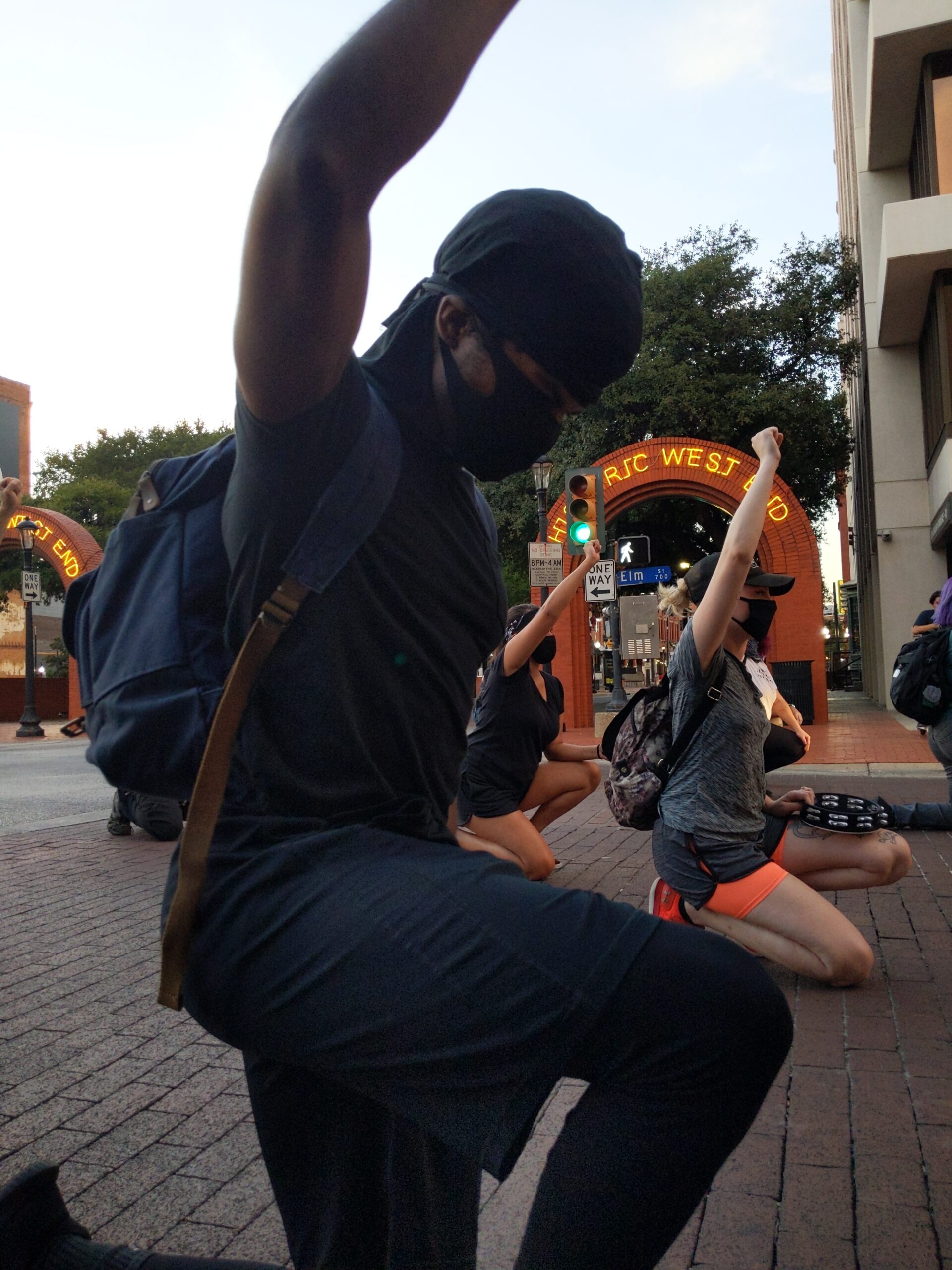 Protesters continued a second day of late evening and nighttime rallies in Dallas this week against police brutality, days after a Black man was shot by a Wisconsin a police officer.

Members of InSolidarityDFW gathered Monday night in front of Dallas’s City Hall to stand in principle with organizers of similar rallies in Kenosha, Wis. and across the country.

“This fight is much bigger than our community here in Dallas,” said Eric Ramsey, 26, a member of InSolidarityDFW and an organizer of Monday’s rally. “We want to send a message that we stand with our brothers and sisters wherever they may be – Portland, Austin, Kenosha…wherever they may be.”

By Tuesday evening, a second group, Next Generation Action Network, gathered for a rally in front of the Dallas Police Department to show support for Jacob Blake and to call for redirecting of police funding to various community initiatives.

Monday and Tuesday’s rallies come on the heels of Blake’s shooting on Sunday.

Blake, a 29-year-old father, was shot seven times in his back by an unnamed Kenosha, Wis. police officer. His three sons – one of them celebrating a birthday – watched from inside a nearby vehicle.

Blake was in critical condition Wednesday, according to CNN and other news outlets.

“What happened (to Jacob Blake) was beyond inexcusable and we just want to send this message that we’re going to keep fighting for this change, no matter how long it takes,” Ramsey said Monday night. “Cops, they’re supposed to protect and serve, but at the end of the day, no one feels safe with them anymore.”

Video footage of the shooting has been viewed more than nine million times from the website of an attorney who represents.

“That’s another Black brother shot at point-blank range with his kids around. How do you think we’re going to feel about that?” asked Yaheim Israel, an attendee at Monday night’s popup rally.

Israel leads the “Watchmen,” a group who supports open carrying of weapons and whose members travel with protestors to maintain peace. The Watchmen also educate members of the public about gun laws and individuals’ rights to carry a weapon, he said.

Israel said Blake’s shooting was a rallying call for accountability.

In Kenosha, protests over Blake’s shooting have, at times, erupted this week into civil unrest and burnings of cars and buildings –along with cries against police shootings and brutality against African American men.

Protests and rallies in Dallas were mostly peaceful, though concerns arose late Monday after an SUV jumped a sidewalk and barreled down Commerce Street where protesters were walking. No one was injured, organizers said.