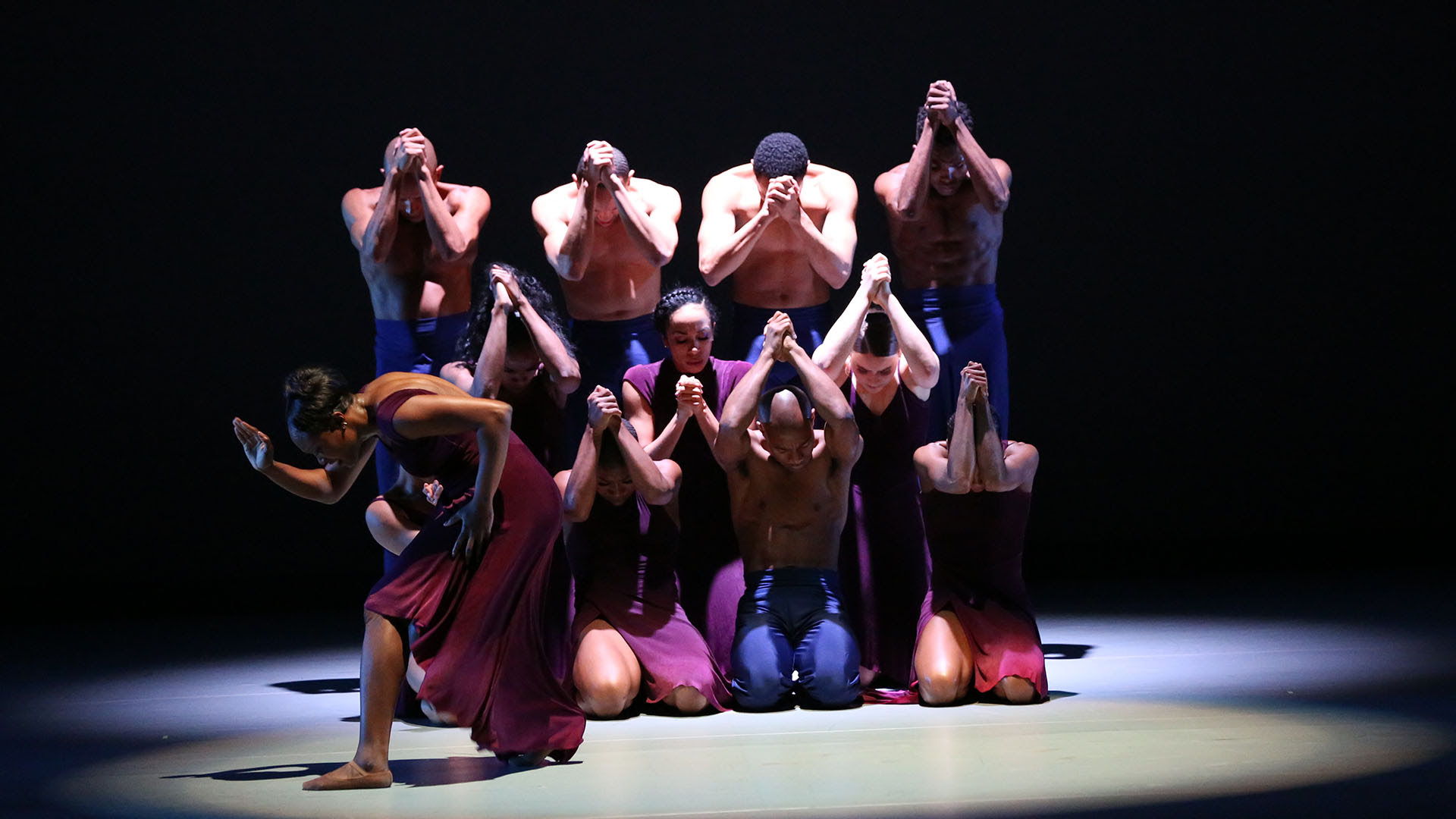 Dallas, Texas – Dallas Black Dance Theatre and the Dallas Symphony Orchestra are uniting for a concert to support Project Unity on November 11, 2020. This event will honor those who have lost their lives to racial violence and injustice – most recently, George Floyd, Ahmaud Arbery, Breonna Taylor, Dallas’s Botham Jean, and Fort Worth’s Atatiana Jefferson. Featured during the evening will be the world premiere of a DSO commissioned work by award-winning 24-year-old African American composer Quinn Mason of Dallas. The Unity Concert will be streamed live from the Morton H. Meyerson Symphony Center, 2301 Flora St, Dallas, TX 75201, at 7:30 pm. In-person concert tickets are $50, and live stream tickets are $25.

Project Unity, founded by Pastor Richie Butler of St. Luke “Community” United Methodist Church, works to unify Dallas by implementing community-building programs to help heal race relationships between law enforcement and Dallas citizens, as well as other community programs. “The recent events have left us hurting as a community with deep wounds that have been reopened,” said Pastor Richie Butler. “It is in these times that we look to each other to make real change that is more than words on a page. Project Unity’s mission is to bring the community together and to listen to everyone. With the Dallas Symphony and Dallas Black Dance Theatre, we will gather to do just that.”

The featured highlight of the night will be the world premiere of the Dallas Symphony Orchestra newly commissioned work “Reflection on a Memorial” by award-winning 24-year-old Dallas composer Quinn Mason. The Texas Monthly magazine describes Mason as one of the most sought-after young composers in the country, who may be “classical music’s next superstar.” The Dallas native attended TCU and SMU where he excelled in music-specific classes.

Dallas Black Dance Theatre will perform an emotionally moving male trio, Evidence of Souls Not Seen, and an ensemble of DBDT dancers will perform an excerpt from the delicate and thoughtful Etudes and Elegy. Both ballets are a beautiful requiem that express mourning the deaths of those we hold close to our hearts. The Dallas Symphony Orchestra will accompany both works with music by Elgar, Mahler, and Chopin.

“After the nation witnessed the horrific death of George Floyd beneath the knee of a Minneapolis police officer, numerous corporations and organizations came out with written statements about Black Lives Matter. Dallas Black Dance Theatre and the Dallas Symphony Orchestra decided to pool our creative talents to unite the Dallas community in a concert that pays tribute to the senseless loss of Black lives to racial violence and injustice,” explained Zenetta S. Drew, Executive Director of Dallas Black Dance Theatre.

The DSO will perform works by Black composers Adolphus Hailstork, Florence Price, and William Grant Still. Conductor Lawrence Loh will lead the DSO with soloists Michelle Bradley, soprano, and Reginald Smith, Jr., baritone. Both singers have appeared in performances at The Metropolitan Opera in recent seasons. They will perform a selection of vocal works to include spiritual and gospel arrangements.

“The events of recent months have been devastating and painful. We have reflected on how we as an organization can respond, and, with the magnitude of the crisis, we have more questions than answers,” said Kim Noltemy, Ross Perot President & CEO of the Dallas Symphony Orchestra. “This concert will use music to unite and heal and to pay tribute to those who lost their lives and deserve to be honored on a national level.”

ABOUT DALLAS BLACK DANCE THEATRE: Dallas Black Dance Theatre is an internationally recognized professional dance company that engages the cross-cultural community through contemporary modern dance presented from the African American experience. The National Endowment for the Arts designated the 44-year-old company as an American Masterpiece Touring Artist in 2008. The company also received the Texas Medal of Arts Award for Arts Education in 2017. As Dallas’ oldest and largest professional dance company, DBDT ranks as the 10th largest minority arts organization in America and the fourth largest black dance company in the nation.

Founded in 1976 by Ann Williams, Dallas Black Dance Theatre’s mission is to create and produce contemporary modern dance at its highest level of artistic excellence through performances and educational programs that bridge cultures and reach diverse communities.

ABOUT DALLAS SYMPHONY ORCHESTRA: The Dallas Symphony Orchestra, under the leadership of Music Director Fabio Luisi presents the finest in orchestral music at the Morton H. Meyerson Symphony Center, regarded as one of the world’s premier concert halls. As the largest performing arts organization in the Southwest, the DSO is committed to inspiring the broadest possible audience with distinctive classical programs, inventive pops concerts and innovative multi-media presentations. In fulfilling its commitment to the community, the orchestra reaches more than 243,000 adults and children through performances, educational programs and community outreach initiatives annually. The DSO’s involvement with the City of Dallas and the surrounding region includes an award-winning multi-faceted educational program, community projects, popular parks concerts and youth programming.