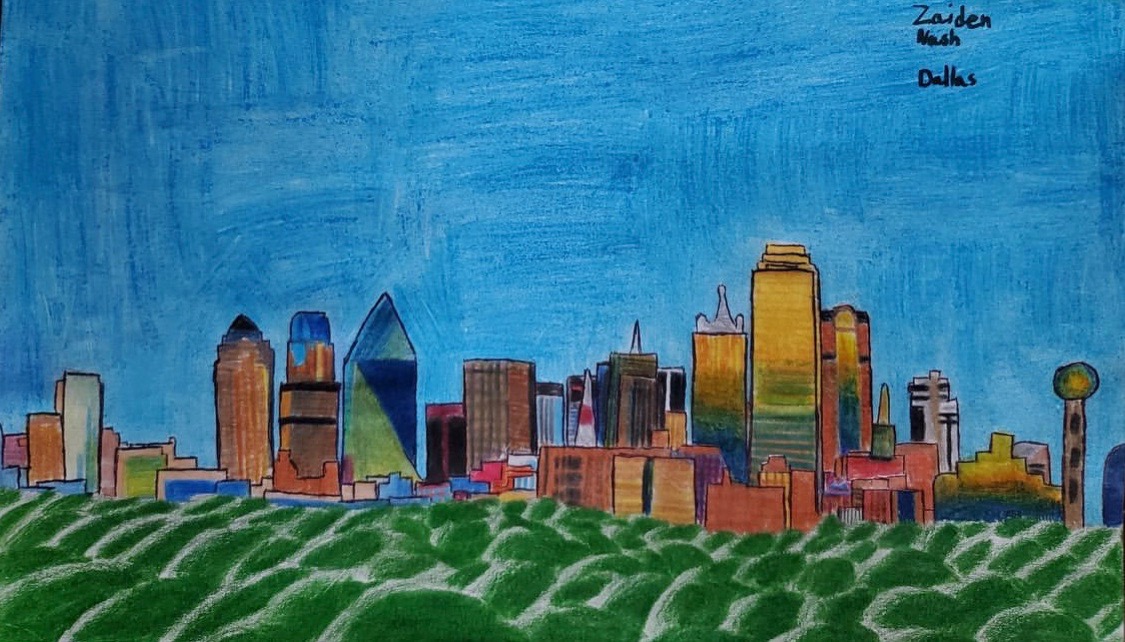 For Oak Cliff, (FOC) a nonprofit organization founded in 2015 by school teacher Taylor Toynes, is on a mission to grow and inspire the Oak Cliff community by hosting events and programs to unite citizens.

The Trust For Public Land Art contest was just one of many projects that For Oak Cliff engaged area youth by encouraging students to submit artwork.

Zaiden Nash,  a sixth grader at Katherine Johnson Tech Magnet Academy was selected as the winner with his picture of the Dallas Skyline, which he said reminds everyone of the beauty that Dallas holds even though people aren’t able to see it all the time due to COVID-19. He said he fell in love with art because of his dad who is also an artist.

Krystal Hills, creative genius at FOC, said she was amazed when she first saw Nash’s artwork.

“It’s beautiful to have a young leader to display his talent and gift for the community,” she said.

Hills inspires children to be creative at FOC and hopes that Nash’s work will motivate others.

“He has such a beautiful spirit, he said that, ‘he wants to inspire other artists to continue to practice their craft,’” Hills said.

Nash says that he sees himself playing in the NBA one day or becoming an architectural engineer.