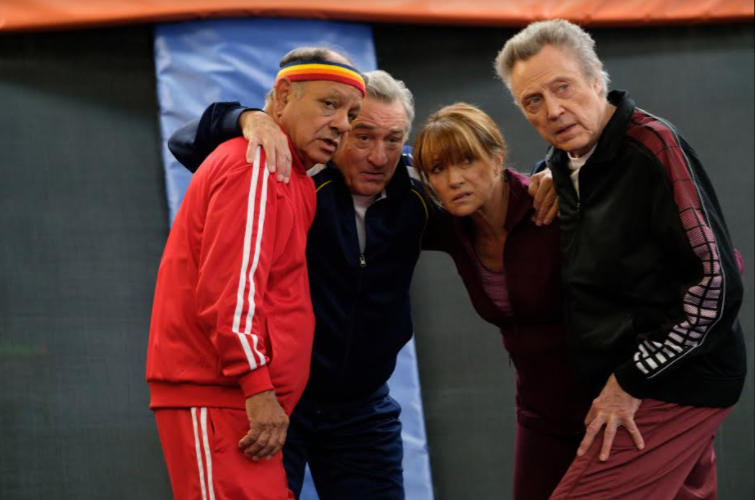 The movie studios that are releasing The War with Grandpa have decided to go “all-in” with their new Robert De Niro comedy; being released this weekend exclusively in movie theaters. Here’s the link where you can find the film showing near you: warwithgrandpa.com/. Unfortunately, 101 Studios and Brookdale Studios have chosen the wrong movie to make that bet with. It’s hard to believe that such an incredible cast, De Niro, Uma Thurman, and Christopher Walken, could make such a bad movie. I love Robert De Niro, but I cringed at every single scene the award-winning actor was in.

The premise of the movie is Ed’s (De Niro) daughter (Uma Thurman) takes him out of his home to come live with her family because he can no longer take care of himself. The move forces his grandson, Oakes Fegley, out of his room and into the attic. Although he loves his grandpa the sixth-grader enlists his Junior High pals to help him launch a war to drive his grandpa out of his room. He soon finds out that his grandpa is no push-over and he enlists his friends (Walken, Cheech Marin, and Jane Seymour) to start a war of their own. As the movie tagline says, it’s “Old School vs New Cool.”

The movie is filled with endless pranks and slapstick falls and explosions and then at the end, grandpa tries to bring the whole family together with a syrupy and heartfelt message about the need for families to support each other. The message is simply too little and delivered way too late in the movie. There’s another De Niro film coming up in a few weeks called The Comeback Trail. It’s also an action/comedy and I can only hope that it’s a more satisfying movie than The War with Grandpa.

On my “Hollywood Popcorn Scale,” this movie rates a SMALL.

Prev ArticleNext Article
Use your ← → (arrow) keys to browse
In this article:Hollywood Hernandez