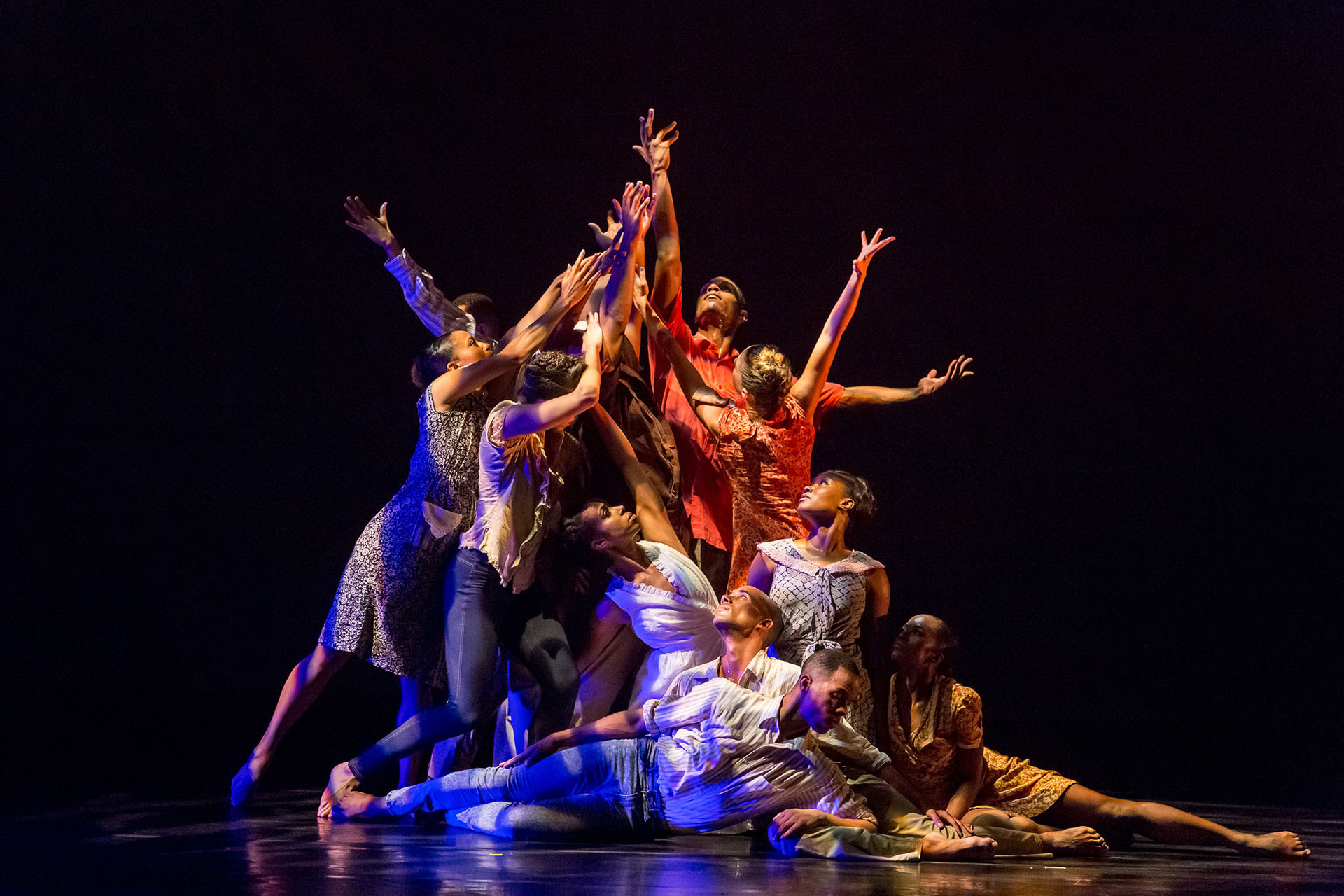 DBDT dancers take you back in time through 100 years of African American dance masters like Talley Beatty, Pearl Primus, Donald McKayle, Katherine Dunham, and Alvin Ailey in Tribute. Set to an original music score, the work is a collective testimonial that pays homage to the decades of generosity and inspiration by these extraordinary dance legends and mentors. In developing the work, choreographer Matthew Rushing and DBDT dancers collaborated in conversation to develop their shared point of view through the historical reflection of nostalgic dance themes, text and connection.

Mr. Rushing joined Alvin Ailey American Dance Theater in 1992, became rehearsal director in 2010, and was promoted to the associate artistic director in January 2020.

To RSVP for a Zoom link and more details visit DBDT.com.

ABOUT DALLAS BLACK DANCE THEATRE: Dallas Black Dance Theatre (DBDT) is an internationally recognized professional dance company that engages the cross-cultural community through contemporary modern dance presented from the African-American experience. The National Endowment for the Arts designated the 44-year-old company as an American Masterpiece Touring Artist in 2008. The company also received the Texas Medal of Arts Award for Arts Education in 2017. As Dallas’ oldest and largest professional dance company, DBDT ranks as the 10th largest minority arts organization in America and the fourth largest black dance company in the nation.

Ann Williams founded Dallas Black Dance Theatre in 1976. Melissa M. Young took over the helm as Artistic Director in 2018 after starting with the company as a dancer in 1994. Zenetta S. Drew has led the administrative side of the company since 1987 as Executive Director.

The mission of Dallas Black Dance Theatre is to create and produce contemporary modern dance at its highest level of artistic excellence through performances and educational programs that bridge cultures and reach diverse communities. The virtuosic dancers of Dallas Black Dance Theatre have mesmerized 4.3 million arts patrons across 16 countries, including two Olympic Cultural events.

Dallas Black Dance Academy, the official school of Dallas Black Dance Theatre, celebrates 47 years of delivering dance instruction to a community of diverse backgrounds. The academy was the first in the nation to train a student who received the Presidential Scholar Award in Dance in 1980. More than 500 students participate weekly in 50 dance classes, which include ballet, jazz, tap, modern, and African. Classes are held at DBDT’s studios and are open to students ages four to adult. The academy has three performing ensembles: Allegro Performing Ensemble, DBDT’s premier academy ensemble, Senior Performing Ensemble, and Junior Performing Ensemble.