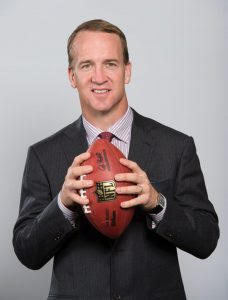 Peyton Manning’s Peyback Foundation, which was founded in 1999 by Peyton and his wife, Ashley, has endowed six scholarships at four HBCU schools in his home state of Louisiana and two in Tennessee, where he played at the University of Tennessee.

Doug Williams, the first Black quarterback to ever win a Super Bowl, has his name on the Grambling endowment at the request of the Peyback Foundation. Harold Carmichael, a former Philadelphia Eagles receiver and 2020 Pro Football Hall of Fame inductee, also was named on an identical endowment at Southern University in Baton Rouge, Louisiana. Wilma Rudolph, a sprinter who was the first woman to ever win three gold medals in the Olympics in 1960, has her name attached to an endowed scholarship at Tennessee State, her alma mater. Rudolph died from cancer in 1994.

The other three HBCU endowed namesakes include:

• Xavier University of Louisiana (in New Orleans) for Dr. Norman Francis, the school’s president since 1968 who received a presidential medal of freedom in 2006 for his efforts planning the recovery and rebuilding of New Orleans and surrounding areas after Hurricane Katrina.

• Dillard University in New Orleans, for Dr. Michael Lomax, president and CEO of the United Negro College Fund since 2004 and a former university president.

When contacted, Manning declined to speak about his personal involvement but sent this message: “The Peyback Foundation is honored to partner with these six colleges to honor distinguished Alumni and staff members, and to help college students at these schools now and many years to come. Really, for perpetuity.”