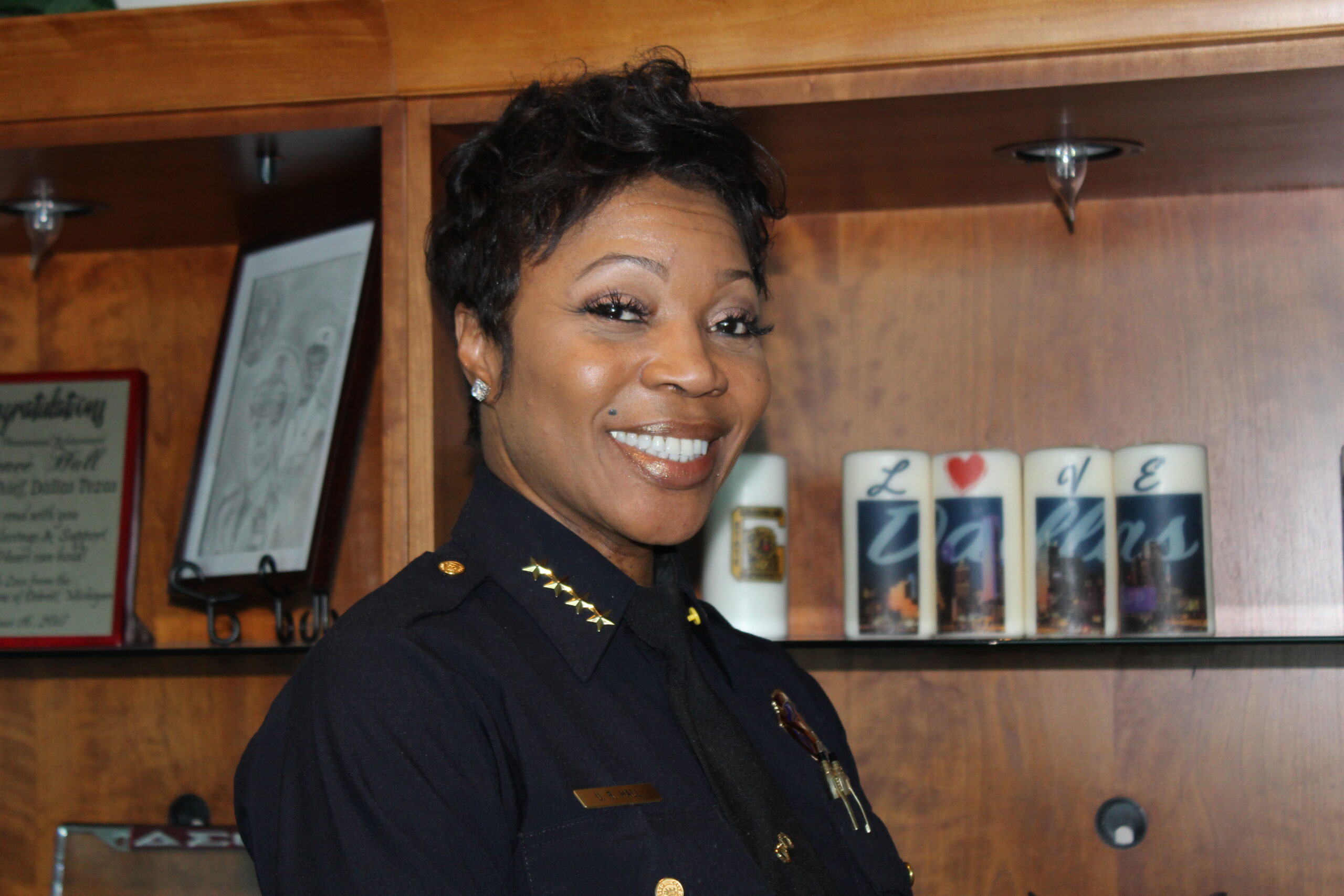 What’s in a name?

“I love my name.  I’m named after my father. My father’s name was Ulysses.  He was a police officer killed in the line of duty. I just have always preferred Reneé,” was the response when asked about the “U” followed by a period.

After 136 years, the Dallas Police Department (DPD) hired its first female police chief, Ulysha Reneé Hall, in 2017. Known as U. Reneé Hall, or simply Reneé Hall, she was advised many years ago to drop the “U” to avoid something shaped more like an “O.”

“When I was in college, I had a counselor who told me that we had to get our foot in the door before we found the circular file,” Hall said.

Her middle name, Reneé, was said to be best for applications so persons on the receiving end would not be able to identify her race or ethnicity.

“I do recognize that it is ethnic, and I just wanted a seat at the table, and so here I sit at the table,” Hall said of Ulysha, referencing a few other names beginning with “Sha” and ending with “a” that are common in the African-American community.

Not only does Hall have a seat, she sits at the head, leading efforts of the entire assembly of those sworn to protect the Dallas community.

Having earned her bachelor’s degree in Criminal Justice from Grambling State University, Hall says her mom raised her with the whole community perspective, however, she credits the Historically Black College and University (HBCU) with fortifying her views.

She also holds two master’s degrees from the University of Detroit-Mercy.

Hall’s affiliation with the Divine Nine sisterhood, Delta Sigma Theta Sorority, was evident by the elephants in the room. Her arrival in Dallas was met with their show of strength and support, of which she shared that they come out not in small numbers, but in hundreds.

“When I became the chief of Dallas, the Deltas showed up and showed out!” Hall beamed. “From social media, they started posting before I even got here, and they have wrapped their arms around me in such a time as this.”

Hall doesn’t mince words about the challenges of policing during these times.

“I just want to be a unifier. The division that’s in this country right now troubles me because it makes it difficult to police when people are divided,” Hall said. “And so, my prayer is that the work that’s done in this police department with this executive team and the officers here in the City of Dallas, that we can unify this community.”

The proud Detroit native who is the youngest of three children followed in her father’s footsteps of working for the Detroit Police Department.  Unfortunately, his number of footsteps she actually witnessed were few and before she even took steps of her own.

“Most people know I lost my dad when I was six months old, so my mom has been my rock,” Hall said.

She served 18 years with the Detroit Police Department, rising to the rank of deputy chief before becoming the top cop in Dallas. She shared many lessons from her mother that she carries with her each day.

“One of the biggest things was to always operate in authenticity,” Hall said. “To always be exactly who you are. Strive for the best. You are in competition with no one, only you.”

As the list of lessons grew, so did the emotion behind them.

“She taught me to absolutely love God.  Put Him first.  No matter what the challenge is, if God brought you to it, He will definitely see you through it,” she added.

Now, at age 47, this strong woman in uniform who sits behind the large wooden desk is working through the October 2018 loss of her pillar of strength.

“She’s been a mother, a father, a pastor, everything that a mother could be and more, and I feel like I’ve lost my best friend,” Hall said.

Then, the tears began to fall.

In that brief moment of fresh reflection, humanity unfolded. Police chiefs are people too.

While her selection to lead DPD is historic, there’s more that makes it extraordinary.

“I think it gives people some sort of promise,” Hall said. “There is no question that the Black community, the Latino community has had a tumultuous relationship historically with law enforcement, and so, to have a woman of color in this position says that we have an opportunity to change the trajectory of law enforcement.”

Hall’s strong commitment to a police and community connection renders the bond inseparable.

As a DPD history maker, U will remember Chief Hall’s name. As the first female leader of her department, who happens to be African-American, U will know that she is unapologetic about and embraces her Black experience. If you encounter her presence, U will quickly learn that she is deeply rooted in her faith.

“Because I love God, I’m a follower of Him, and I truly believe the steps of a good man or woman, and a God-fearing man or woman, is ordered,” Hall said. “So, however long He decides to allow me to honor this space with His presence, I’ll be here for as long as God is willing.”