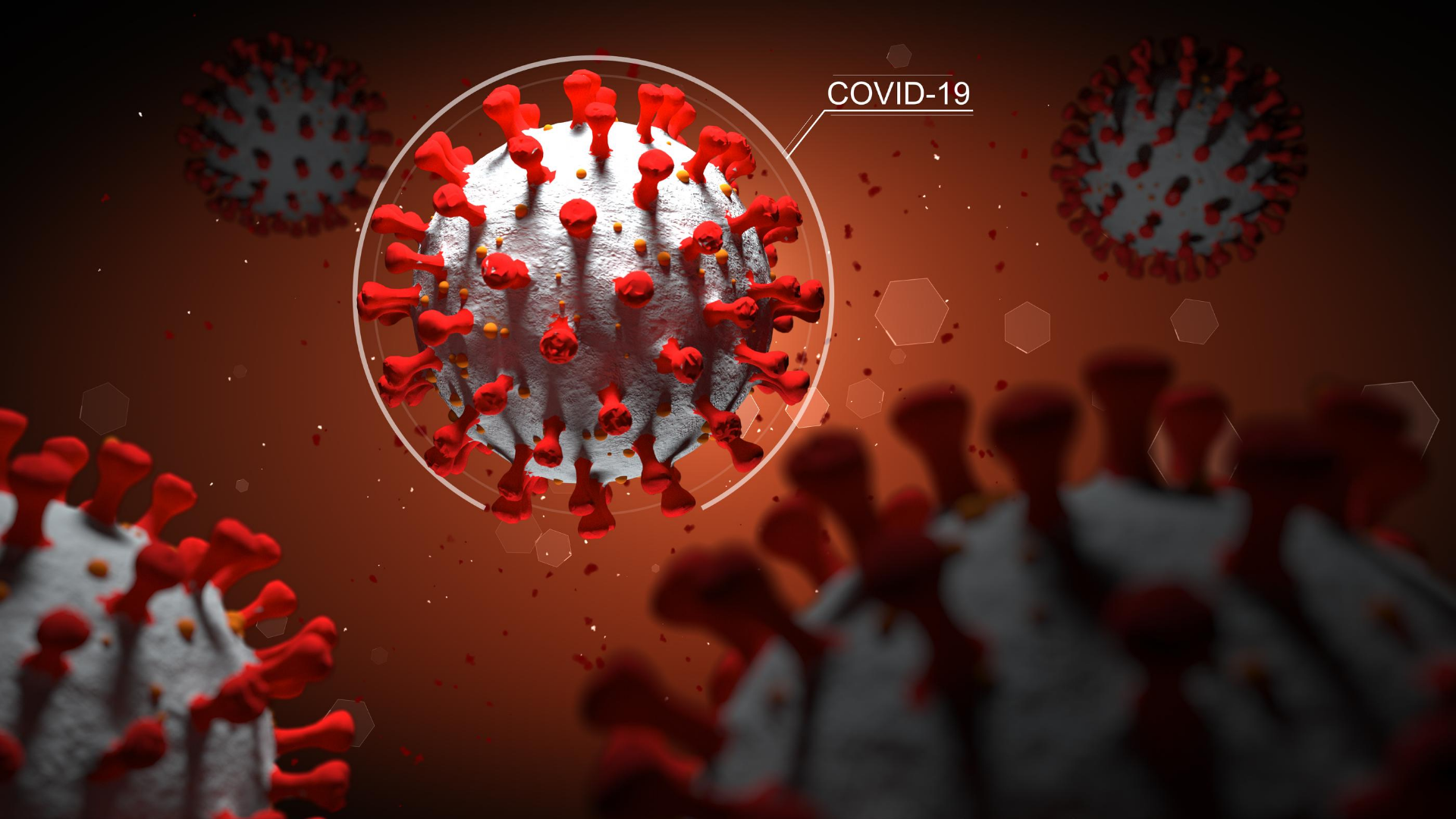 Presidents of two leading historically Black colleges in Louisiana have begun participating in COVID-19 vaccine trials—and are encouraging their students, faculty and alumni to join them.

“We are thinking about our children, our wives, our friends because all of us know somebody who died already,” Verret said in a recent interview.

On September 2, the two presidents issued a joint letter to students, parents, faculty and alumni announcing their participation in the vaccine trial study and encouraging their university’s communities to consider engaging with COVID-19 investigational trials.

“Our communities have been hit hard by the COVID-19 pandemic, with harrowing consequences for the lives and health of our fellow citizens,” the administrators wrote in the letter. “Overcoming the virus will require the availability of vaccines effective for all peoples in our communities, especially our Black and Brown neighbors. We appeal to the students, faculty, staff and alumni of Dillard, Xavier, and our sibling institutions to consider participating in this trial or others being conducted.”

Verret said neither Xavier, a Roman Catholic university, nor Dillard, which was founded by African Methodist Episcopals, among others, would receive any financial benefits from their participation in the research trials.

The open letter to the university communities, posted on the Xavier and Dillard web sites, was, Verret said, “a reminder for people, not just Xavier students or faculty, but to everyone, that people in our communities participate in the trial in order to protect the whole community.”

Kimbrough could not be reached by phone for comments. However, he and Verret each signed the letter that began arriving via email to faculty, students, alumni and parents, and it carried both school’s logos.

Reaction to the college administrators’ decisions to participate in the vaccine study trials were mixed.

In Texas, one historically Black college administrator said he would not follow his peers’ lead.

Dr. Michael J. Sorrell, president of Paul Quinn College in Dallas, said though he respects the administrators personal decisions, he would not encourage students, faculty or alumni at his campus to do the same.

“I respect those who are doing it, and I understand the importance of them doing it”, he continued. “I think, without question, once the vaccine is proven to be safe, that it’s something you have to do.”

Meanwhile, the Louisiana presidents’ decision to publicly invite students to participate in the COVID-19 clinical trials raised eyebrows on their own campuses – and off campus among parents.

Marion Forbes, of Princeton, Tex., whose daughter is a sophomore at Xavier, learned of Verret’s decision through a phone call from a friend. Her stomach turned, she said, adding that she immediately called her daughter, Mari Forbes, in New Orleans to see if she planned to participate in the trials. The teenager’s answer? No.

“My daughter is only 19. They shouldn’t have brought it to the children before talking to the parents,” said Forbes, whose daughter is studying finance. “You might have some students who don’t tell their parents, and they might try it.”

Forbes worried that some Xavier students might misunderstand the medical or other implications of research trials.

“I’m disappointed, I can’t believe they offered up our children like that,” she said. “Why would you sacrifice our future to do a trial?”

Xavier student, Jenessa Nelson, 23, who is from San Francisco and majoring in public health, questioned the timing of the presidents’ invite to participate in the trials.

“As two Black institutions, there are more things going on in society that we could come together and fight for, such as police brutality, Black Lives Matter, or helping out the hurricane victims,” she said.

Some students said they understand that African Americans need to participate in research trials to assist with the accuracy of the vaccine, but, they said, they did not agree with the method the university presidents used to invite participants to do so.

Traelon Rodgers of Dallas is president of Dillard University’s student body. He said New Orleans residents living in the Gentilly community where Dillard is located and the campus’ students and families disapproved of receiving an open letter and questioned whether it “was this the most appropriate way to solicit volunteers to participate.”

“I think they would have preferred the president would have spoken on their behalf as individuals, versus calling on all the alumni, committee members and students,” said Rodgers, 20, a junior majoring in urban studies and public policy.

Still, he said, he is considering participating in COVID-19 vaccine trials himself and planned to research his options.

“They need participants from our community who are of African descent,” Rodgers said. “I believe in servant leadership, I wouldn’t tell anybody to go anywhere if I wouldn’t go myself. Somebody, somewhere, is counting on me. They are counting on Black people to stand up and step up.”

Ochsner is among two sites in Louisiana and 120 around the world researching a vaccine to prevent the spread of COVID-19. The sites expect to enroll up to 30,000 participants from New Orleans, across the state, nation and world.

Participants in the study will receive either the vaccine or a placebo, Ochsner officials have said. Neither patients nor investigators will know who is injected with which.

The COVID-19 research being conducted at Ochsner is sponsored by Pfizer Incorporated and German pharmaceutical company BioNTech.

“You want to get a good representation of the population that will be receiving the vaccine,” he said. “It will allow you to be more confident in your safety and efficacy of the vaccine.”

Kaitlyn Cayette, who earned a doctor of pharmacy degree from Xavier in May, hopes more African Americans will participate in clinical trials in general, including in COVID-19 research studies.

“When we look at a lot of studies for drugs as it is, the majority of the population is white males,” she said. “So you don’t know how it’s going to affect other people that you never tested. They need people of color.”

Still, she understands the reluctance among some African Americans to participate in such studies, given the history in the United States of medical experiments, such as the U.S. Public Health Service Syphilis Study at Tuskegee. In that study, medical researchers partnered with historically Black Tuskegee Institute to recruit Black male patients with syphilis, told them they would receive treatment, then later failed to give them antibiotics medically proven to heal the condition.

“Some people probably are thinking, ‘Oh they’re just trying to use us as guinea pigs,’” said Dr. Cayette, who is African American.

Their concerns are not unfounded.

The Tuskegee Syphilis study began in 1932 with 600 Black men and continued for more than 40 years before a newspaper reported significant ethical issues with the study. In 1974, the U.S. government settled a lawsuit in the case, paying $10 million and providing other medical benefits to participants who still were living and their descendants.

The presidents said they were aware of the hurtful history of US-backed research trials.

“As presidents of HBCUs, we do recall unethical examples of medical research. We remember the Tuskegee Syphilis Study, which misused and caused harm to African Americans and other people of color, undermining trust in health providers and caretakers,” Verret and Kimbrough said in their joint statement. “Today, there are many regulations in place to assure the ethical execution of medical studies, including oversight by Human Subjects Committees with diverse membership and participation of clinicians of color.

Given the country’s uncomfortable past between medical trials and African Americans, Mariah Tate, a Xavier alumna who now attends Howard University Medical School in Washington, D.C., doesn’t think many college students will sign up for the COVID-19 trial.

“Students will be hesitant about receiving vaccines,” she said. “We have this history of mistrust especially as Black Americans with medicine.”

Tate also said the presidents’ letter needed more details on the parameters of the trial in which they were participating.

Daniels, who also is African American, said he is concerned that the COVID-19 vaccines in the United States are being brought to trial stages too quickly to be safe for humans.

“My concern, like most people, is that instead of being the fastest, that the focus continues to be on a vaccine that is safe, efficacious and effective,” said Dennis, who holds a doctoral degree in Public Health.

Both Xavier and Dillard presidents said they had received full disclosure of any risks associated with the vaccine trials.

“Upon our enrollment, we were fully informed, and any possible risks that would exclude us from the study were disclosed,” they said in their letter.

Both presidents said they are not sick.

Neither is requiring Xavier and Dillard students, faculty, alumni and campus community members to participate in the COVID-19 trials, Verret said. They’re asking them to do so.

“I am not telling students they have to do this. Consider it,” Verret said. “Some people have to step up. But everyone has a choice of whether they roll up their sleeves or not. It’s up to you. No one should pressure you.”

Still, some African Americans question whether the college administrators provided sufficient information, in their single-page letter, for students to make informed decisions regarding participation in the COVID-19 trials.

Therefore, they said, the university presidents’ appeals may fall on deaf ears.

“When they are presenting this to African Americans subjects, they need to give us the education on what point of the study they are in, if they have begun this trial with other populations, the side effects and what company this vaccine is coming from,” said Tate.

Meanwhile, on campus in New Orleans, Mari Forbes said her circle of friends wouldn’t participate in the COVID-19 trial, despite her president’s appeal.

“The Xavier community, as a student body, we all know the past. Xavier is known for its medical degrees and pharmacy, so people aren’t going to go blindly into something,” she said, questioning why students and faculty at the city’s largest two historically Black colleges were being asked to participate while those on predominantly and historically White campuses across town in New Orleans have not.

At least, not publicly.

“For us to be the two big HBCUs in the city and then not to know if Tulane or Loyola have gotten that opportunity as well,” she said. “It’s throwing us into the wolves and not the White population into the wolves.”

Ochsner News Release about the COVID trial, how it works, and the healthcare system:

Prev ArticleNext Article
Use your ← → (arrow) keys to browse
In this article:Allana J. Barefield, Ashley Moss