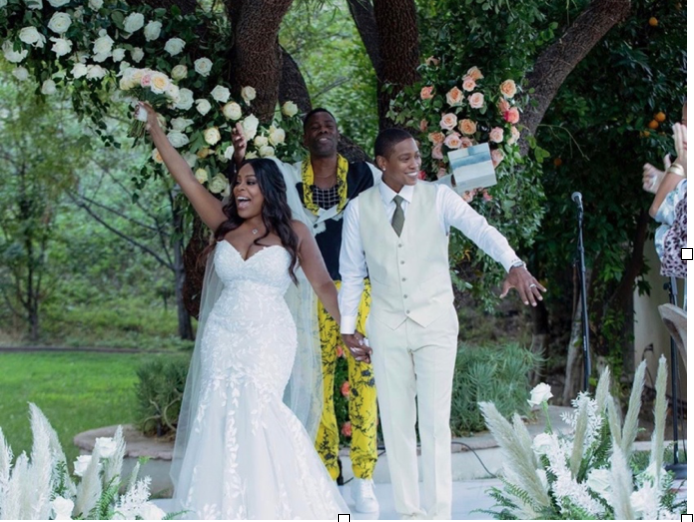 Love is in the air for actress Niecy Nash.

Known for her roles in Claws, When They See Us and Clean House, the Emmy Award winning actress, comedian, model, and television host who received a star on the Hollywood Walk of Fame in 2018, Nash announced on social media that she has remarried on August 31.

Married to Don Nash for 13 years, the former couple had three children before divorcing. Nash then went on to marry Jay Tucker in 2011 and divorced him in March 2020.

But now, Nash has come out as bisexual with her new wife Jessica Betts, a singer who also appeared in Claws in 2018.

Social media users were shocked by the news while others were happy for her on coming out to the world. In the post, Nash wrote, “Mrs. Carol Denise Betts,” and used the hashtag “#LoveWins.”

The picture of the happy couple shows Nash and Betts smiling walking down the aisle, holding hands. Nash is pictured wearing a long white dress while Betts wore a champagne-colored suit with a vest and sneakers. Betts also shared the same photo and wrote “I got a whole Wife.”