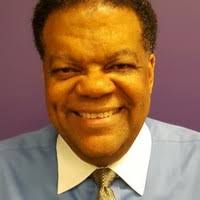 The pandemics, both health, economic, and racial, are still commanding a presence in this country and globally. Different groups have refused to be silent and diverse voices have raised up in multiple places shouting outcry. Those voices have taken all the tensions of helplessness and racism to use them to call out the overseers of injustice. We have seen a cancel culture rise to power. One definition of cancel culture refers to the practice of withdrawing support of individuals, organizations, and companies whose actions are offensive or objectionable. Cancel culture has its greatest power on social media where shaming is a growth tool. It has its benefits. But what next? How about creating an accountability culture?

My Big Mama used to say, “He who walks the path of Heaven will rule over everything.” She advised me to be the one who changes things and takes responsibility. She was speaking of being accountable for the best outcomes. When I think of George Floyd, Breonna Taylor, Confederate monuments, and the impact of the cancel culture, I moved to challenge everyone to create an accountability culture. Character rules in an accountability culture because individuals voluntarily assume their own actions contribute to change. This culture is defined as a culture where people demonstrate high levels of ownership to think and act in the manner necessary to achieve better results.

Today, we still see the politics of narcissistic humans who have no real answers for COVID-19 and flattening the curve. National leadership has offered no help for millions who lost their jobs. That same leadership has stirred up a storm of blame and fears to move the focus away from their failed accountability. An accountability culture is rising, and you can join that culture and create a system-wise sea of change. Go to our Texas Metro News site and check out those who are natural members of the accountability culture. Do a windshield check on taking part in the right culture. Check out Lebron James and his “More than A Vote” Movement. Check out the commencement speeches of Barack and Michelle. Review and absorb the powerful effects of Colin Kaepernick’s kneel, a peaceful protest for racial equality. There are examples of how to become accountable like Tamika Mallory, Hannah Stoudemire, Russell Westbrook, and more. How do you join the accountability movement? President Obama said it best! “Be the change you want to see.

Please email me at the paper and tell me how you are being accountable!