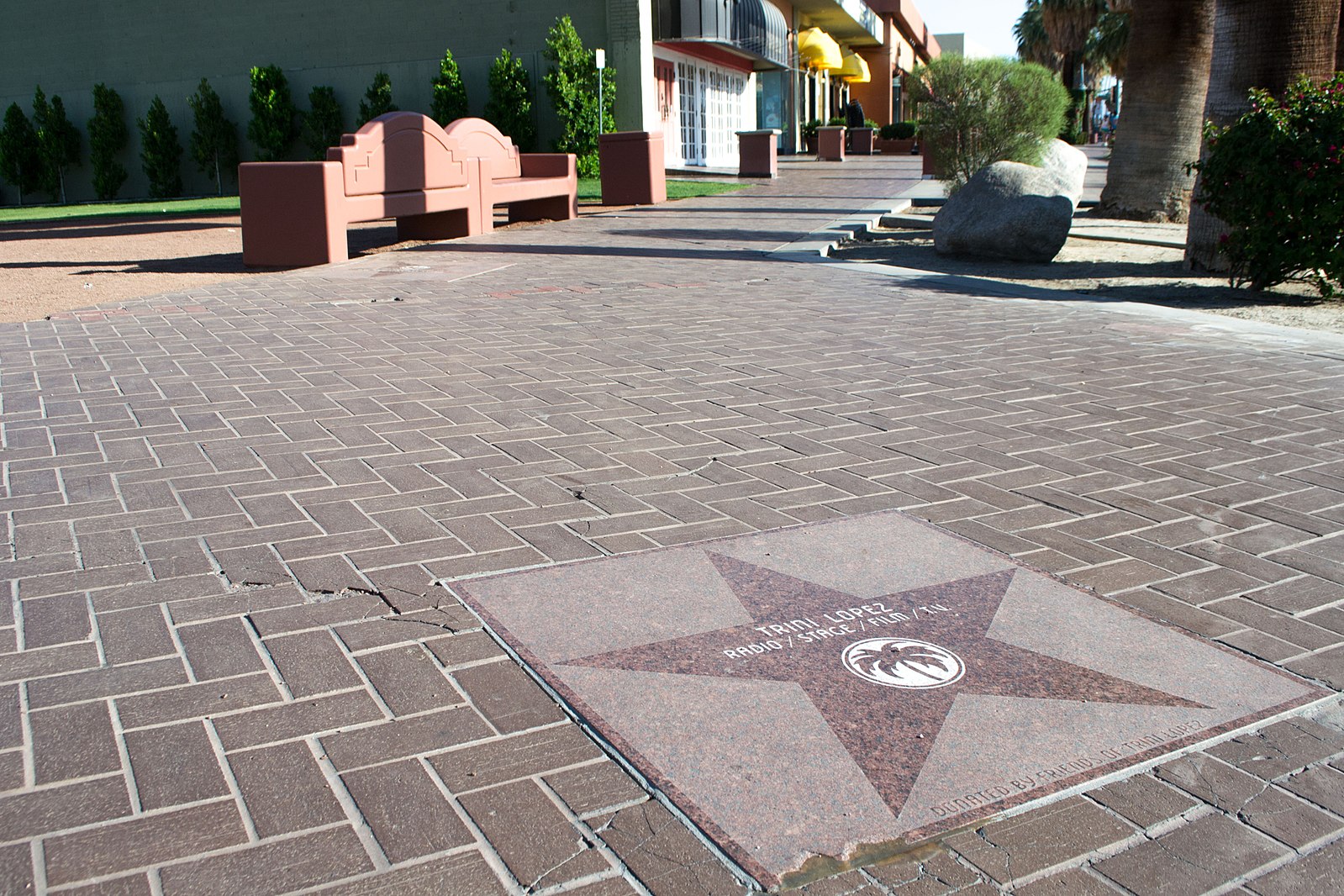 Family and friends paid their last respects to Trini López Monday at a private funeral mass at Cathedral Guadalupe in downtown Dallas. The 60’s icon known for his hits “If I Had a Hammer” and “Lemon Tree” died August 11 at a Palm Springs, California hospital from COVID-19 complications. He was 83-years-old.

His songwriting partner, Joe Chavira gave the eulogy at the Dallas mass. “He was proud of Dallas, he loved Dallas, and his family meant everything to him.” Chavira told Texas Metro News.

López grew up in poverty in Dallas to undocumented parents from Mexico. His father bought him a $12 guitar he couldn’t afford, but he felt guilty after spanking him for hanging around the wrong kids. López Sr. taught his son to play the guitar and sing his favorite songs in Spanish. By the time he was 15, he formed his first band, The Big Beats and played local parties.

According to López, he wrote and recorded his first song in Dallas called “The Right to Rock.” The singer said the record producer wanted him to “change his name to anything but López.” But he was proud of being Mexican, and refused to drop his name. Finally, the record producer dropped the issue.

Dallas community leader Domingo Garcia said López was a trailblazer, who broke barriers for future Latino artists. “He had to overcome many obstacle,” said Garcia. “ He was always López, and he was proud of his background and proud of his heritage”

Eventually López went to Hollywood alone. There, he landed a job singing and playing his guitar at a popular night club called PJ’s in Hollywood. That’s where his idol, Frank Sinatra discovered him, and signed him to his record label, Reprise Records. Soon after his first album, Trini López PJ’s was recorded. He added his Latin take on songs like “If I Had a Hammer,” “America,” and “Lemon Tree” which became international hits.

López would go on to perform around the world. In 1963, he and the Beatles were booked at the Olympia Theater in Paris. They were there for one month and alternated who opened each night.

But López had become a sensation in his hometown of Dallas where teenage girls would gather at the airport to welcome him home. Martina López, no relation to the singer, said her older sisters were super López fans. “I remember being so young and my older sisters going to Love Field to see him when he had landed.”

LÓPEZ THE ACTOR AND GUITAR DESIGNER

Frank Sinatra realized López had more talent than singing and started putting him in his movies. He also made him part of the “Rat Pack,” the infamous group of 60’s entertainers that included Dean Martin, Sammy Davis Jr., Joey Bishop and Peter Lawford.

Eventually López began landing his own acting gigs. He got a part in the classic movie

“The Dirty Dozen” starring Charles Bronson, Lee Marvin and many other famous actors. He would go on to act in more films and television shows, but he never left this music.

In 1964, Gibson Guitars asked Lopez to design a guitar. Lopez designed two, the Trini  López Stand and the López Deluxe.  Dave Grohl, lead singer of the Foo Fighters was a fan of the López guitar. The day of  López died, Grohl told his Twitter fans, “Trini not only left a beautiful music legacy of his own, but also unknowingly helped shave the sound of the Foo Fighters from day one. Every album we have ever made…was recorded with my red 1967 Trini López signature guitar.”

LÓPEZ WAS HOPING TO HELP THOSE AFFECTED BY COVID-19

López song writing partner, Joe Chavira told Texas Metro News that he helped López come out of retirement in 2015. Since then they had been collaborating on songs and performing together.  Right before López got sick, Chavira said they recorded the song, “If By Now” and the money raised from song sales was going to fund food banks to help families impacted by the pandemic. “It’s sad that Trini died from something he knew was hurting others,” said Chavira

Domingo Garcia who met López in 2017 when he was inducted into the Texas Music Hall of Fame said the singer will always be remembered as someone who made Dallas proud, “Thank you for your contributions in letting America see what we as a Mexican-American community had to offer. The talents, strengths, culture, and the familia. Thank you for showcasing that in the ’60s when nobody was paying attention to us.”