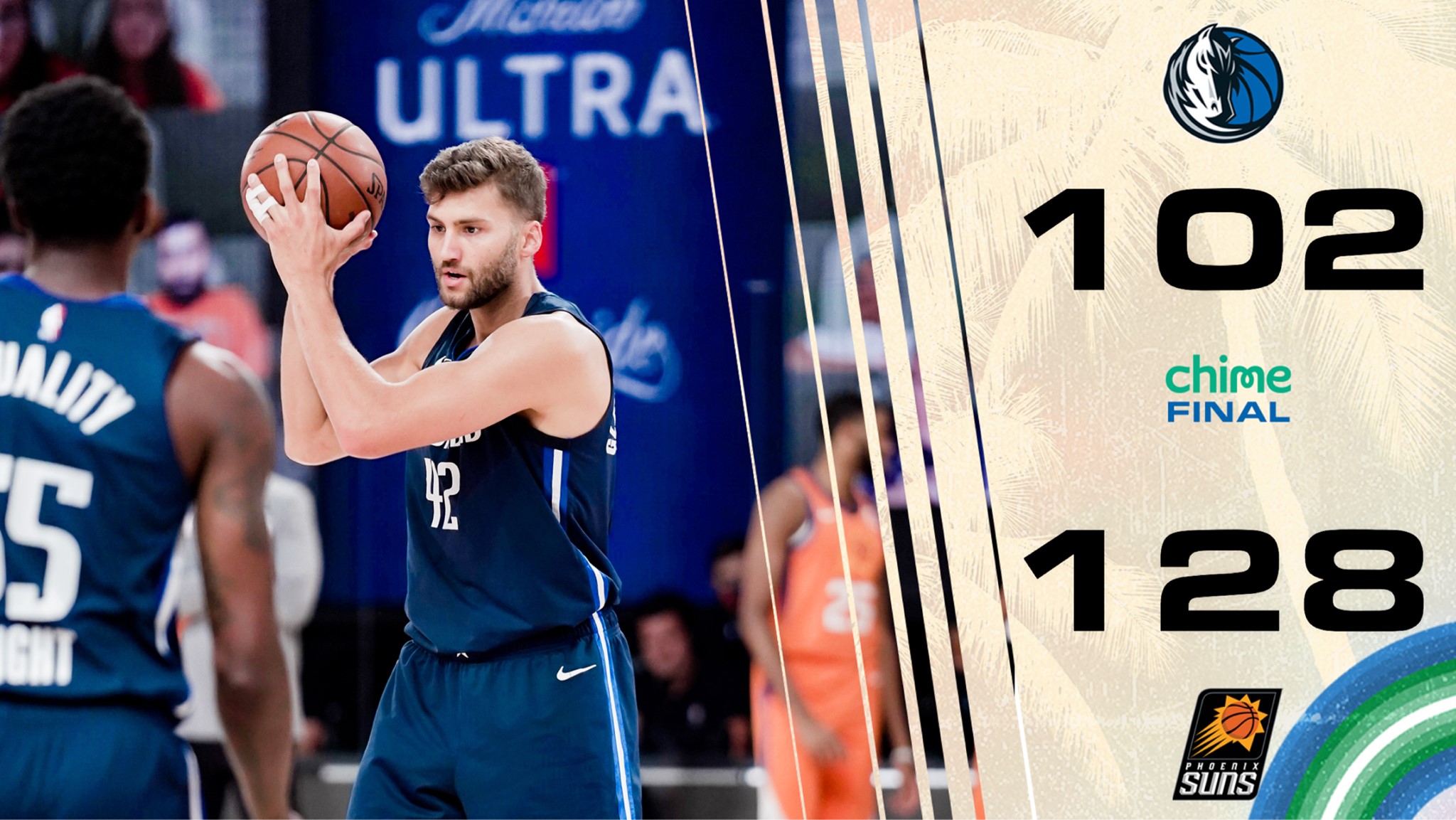 In a matchup whose outcome meant very little, the Dallas Mavericks fell to the Phoenix Sun 128-102 in both teams’ final game of the eight-game NBA Restart in Orlando on August 13th.

Next up is the first round of the Western Conference Playoffs where the seventh-place Mavs will take on the second-place team in the West, the L.A. Clippers. The first game is slated for Monday, Aug. 17 at 8 pm CST and will be broadcast live on ESPN and Fox Sports Southwest.

Dallas is set to make its 22nd playoff appearance (first since 2016) in the franchise’s 40-year history. The Mavericks have now made the playoffs 16 times in the last 20 years.

Head Coach Rick Carlisle briefly discussed the last game before turning his attention to the playoffs.

“It’s not a great situation. You try to get the most out of it, you hope you can compete hard. We had struggles. Phoenix had everything to play for and they played extremely well. I would give them the majority of the credit for how this game went.

Mavs guard Luka Doncic said although he’s been in the playoffs before (in Europe) he’s still very excited  for the opportunity to continue playing.

“It is the playoffs, it is the same emotions. For sure I am going to lean on that experience, it is tough to play in Europe too. Same emotions, it is a way higher level in the NBA, but same emotions so you have to be ready. I am excited for sure.”

“The Clippers will be a tough team to beat, Doncic said. “We just have to be prepared and give everything we have.”

“The Clippers have a deep roster beyond Paul George and Kawhi Leonard,” Mavs veteran J.J. Barea said after the game.

“Well they are a tough team. They are tough mentally and physically. They are a big team in all positions. They have a lot of experience in the playoffs. They have great coaching. It is definitely going to be a tough matchup,” Barea said. “They are good all around. You really don’t see anything bad with that team. We have to match their physicality and their toughness and we will see what happens.”

Games 2 and 3 of the playoff series, which are scheduled for Wednesday, Aug. 19, and Friday, Aug. 21, respectively, will also tip-off at 8 pm CST and will be broadcast live on TNT and Fox Sports Southwest. Game 4 will be played on Sunday, Aug. 23 at 2:30 pm CST and be carried exclusively by ABC. If necessary, Games 5, 6 and 7 are scheduled for Aug. 25, Aug. 27 and Aug. 29, respectively (game times and TV schedule TBD).

Fox Sports Southwest will broadcast all Mavericks opening-round games except for Game 4. All games will be carried live on ESPN 103.3 FM and Univision 1270 AM.