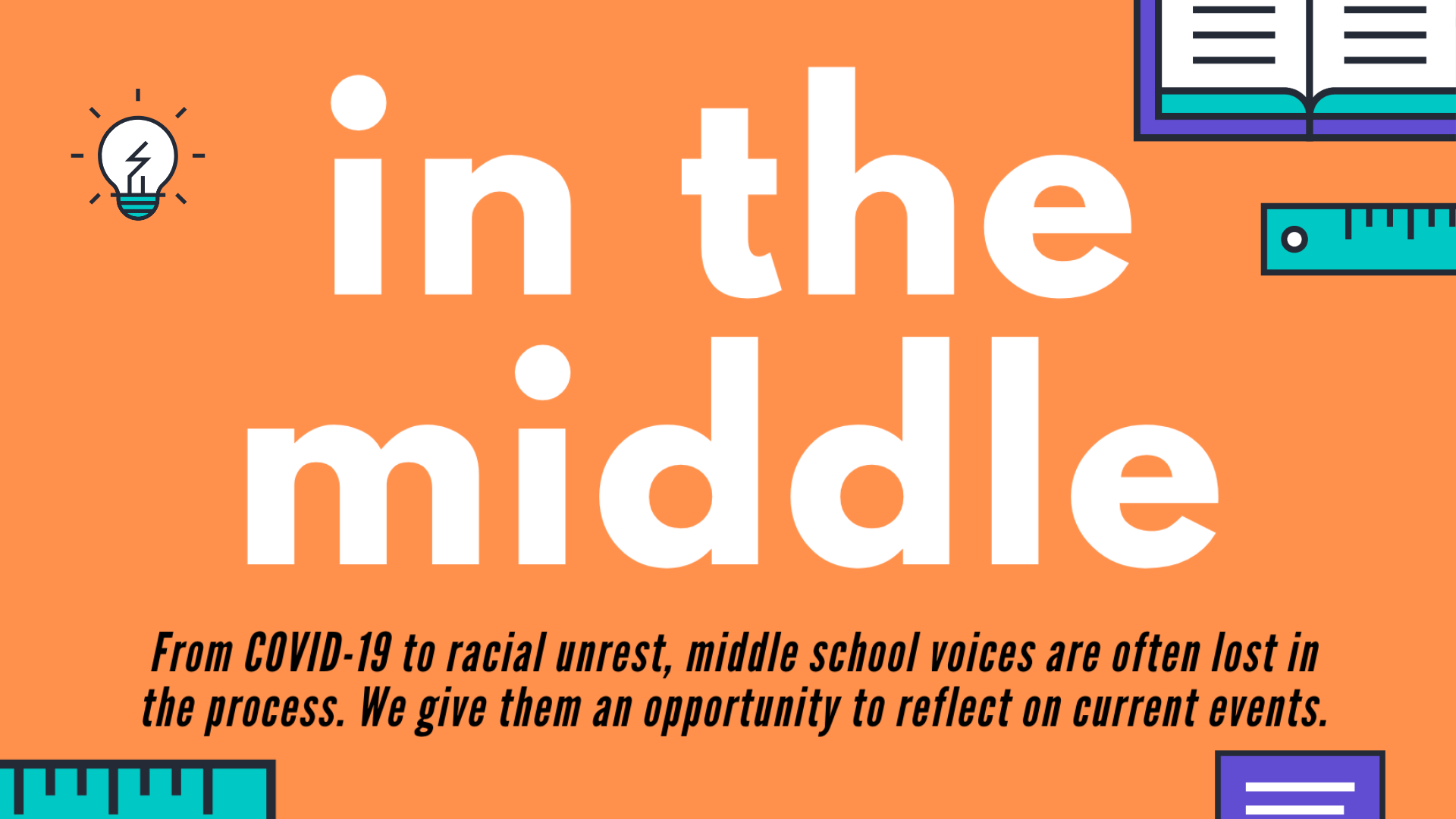 I don’t understand how people can be filled with so much hatred towards others, more specifically Black women and men, to commit murder. This has been going on for way too long and people still don’t believe racism exists. I constantly wonder what if it was me being murdered for the color of my skin. I’ve noticed how the President has only been tweeting about him being fact-checked and not the harsh, violent acts against people like George Floyd. It shows how much he really cares about the lives of Black United States citizens, and people have the audacity to be a proud American. What is there to be proud of? Is it the stolen land we are on or the multiple murders of innocent Black people?—E. C.: Rising 8th Grade Student

The color of our skin shouldn’t determine our worth; it’s what we do and how we act that should determine our worth. It isn’t right for anyone to be treated worse or differently because of their skin tone, and I’m glad we’re finally demanding a change for equality. I stand with all Black people to say Black lives matter indefinitely.—C. D.: Rising 8th Grade Student.

2020, I think we can all say this has been the most interesting year on record. From the loss of iconic celebrities, the COVID-19 Pandemic, and the prominence of racism and police brutality. Being an eighth grader through these uncertain times definitely has made me appreciate school and my friends the longer that I’ve been away. School causes kids to be more social, develop relationships, and obviously learn. The loss of school sports has been another major blow. As an athlete I always looked forward to gamedays, but now since that has been stripped away, I see how much school sports have meant to me. Besides the difficulty of dealing with this pandemic, I’ve also contended with my emotions around the death of George Floyd. His death has reignited a movement that many non-minorities thought had been put to bed. Racism never ended; it was just clouded with a lack of attention from groups that it does not affect as personally. As an African American male in this country George Floyd’s death hit closer to home. Knowing how innocent humans are treated as animals is both scary and disgusting. It is scary in the fact that I have to live in a world that makes me scared nearly to death when I see those red and blue lights. It is scary in the fact I worry when my dad is not home on time. It is scary knowing that I am seen as dangerous by others. It is disgusting that my great grandfather, who my mother spent time with as a kid, was owned by another man. It is disgusting that my people don’t get jobs because of their race. It is disgusting to know that my mother and sister have only seen a handful of models that look like them on magazine covers. Just because we have had a Black president doesn’t mean our work is done. Though I worry, I pray that all of the protest and activism will result in a change, and I’m optimistic that Coronavirus will put me in a position to have some type of normal eighth-grade year.—C. L: Rising 8th Grade Student

If you asked me back in February what racism was, I would’ve said, “white people making fun or telling jokes about Black people.” But, it’s so much more than that. George Floyd’s death has been very eye-opening for me. His death taught me a lot of things that I didn’t know. It has taught me that the system has been oppressed for more than 100 years, racism is still, sadly, a thing that exists today and that a large amount of Black, innocent lives have been taken. When it came to social media, I started to realize that what some people were posting on “Black Lives Matter” didn’t mean anything to them. It was just another “trend” and they had to hop on the bandwagon. It really upset me because Black people should never be a trend. The murderers that were a part of George Floyd’s death should be in jail and until they aren’t, there will be no peace. No justice. No peace.—M.B.P.: Rising 8th Grade Student

Over the last couple of months, I’ve heard a lot about Blacks Lives Matter when watching YouTube videos and from hearing the news on TV. When I think of Black Lives Matter, I think about George Floyd and all the protests I’ve seen because of the way he was killed by police officers in Minneapolis. I know that a lot of people have been protesting because George Floyd didn’t deserve to be killed on the street with his face to the ground. Lately America seems to be becoming more unsafe and not the best country to live in. One reason I think America is becoming more unsafe is because a lot of police officers need more training on how to handle people of different races. It seems like they can arrest anybody for any reason even if they haven’t done anything, like when they kicked in the door to Breonna Taylor’s apartment in Kentucky and killed her by mistake. They didn’t knock first, they just kicked in the door. Also, I think America has become unsafe because President Trump has not been good for the country. He often doesn’t tell the truth and doesn’t ever say that Black Lives Matter. For things to start getting better, I really think that the news reporters need to report more on the peaceful protests and the good things that happen during the protests, because they aren’t all bad and violent. I also think that there needs to be better police training so that innocent people don’t continue being killed. I believe that there should be more news coverage on things that everyone should do to prevent spreading the coronavirus like stop going to parties, stop eating in restaurants, and stop traveling when you don’t have to. Finally, I think it’s very important that everyone wears a mask and stop getting angry when someone asks them to put one on.—D.M.: Rising 8th Grade Student