I told you many times over, Lucille “Big Mama” Allen would be trending over everybody else. Big Mama’s lessons are always appropriate for the time. The great thing about her wisdom is re-stated over and over again in others wherever I go.

Just recently, as I hosted In the Spirit Entertainment, Inc. Dallas Lit event, where I asked the panel a question made publicly known when Denzel Washington reacted to Will Smith after that famous slap and said to him, “When you are at your highest, that is when the devil comes for you.”

Big Mama would offer an alternative for Will she tell him to reach inside and remind him of Jeramiah 29:11; “For I know the plans I have for you,” declares the Lord, “plans to prosper you and not to harm you, plans to give you hope and a future.”

Big Mama knew The Bible showed a very direct route to your best self and your internal gift and the execution of your intentional assignment.

Spiritual leader, Iyanla Vanzant flips the statement and says, ‘If you want to hear God laugh, tell Him your plans.”

While we go about planning our days and lives, we sometimes learn that God or our higher power has another plan for us. It’s a saying that resonates with the year-plus lost to COVID and the ravages of the Pandemic.

This is also a quote from Woody Allen, I believe the original is an old Yiddish proverb “We plan, God laughs.” But you get the idea. Every time I heard this sentence I would laugh; I could always relate to it but not as much as I do right now.

The meaning of this saying struck me in a different way. It might mean that even with the best of plans, things can change with the blink of an eye due to an illness, injury, or even death. Now that I think about it, I see this quote as a message to be honest and realistic about our plans and goals. Make God Smile!

I now tie this to those who cry out that our democracy is at stake but do nothing to eliminate the fear tactics and lies (also known as disinformation) like vote and enact laws and amendments. They outcry but they do not vote or bring others to the polls to protect democracy and ensure fairness happens at the Ballot.

Citizens participate in the democratic process by voting. Leaders represent citizens’ interests and represent their ideas, and citizens vote for them in elections. In addition to the right to vote, U.S. citizens have the right to run for office at the federal level.

Will you take 5 people to the polls? If so, post it on social media and use the hashtag Gimme5. Email your picturesto Terryallenpr@gmail.com 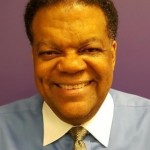 NNPA NEWSWIRE — With a Warnock win, Democrats would stand in position to hold an extra seat on every committee, making it much easier...

By Tamara Shiloh, Oakland Post It was June 5, 1966. James Howard Meredith (born 1933), on a mission to encourage Black voter registration and...

The mission of the Ms. Foundation for Womenis to build women’s collective power in the United States to advance equity and justice for all. The...