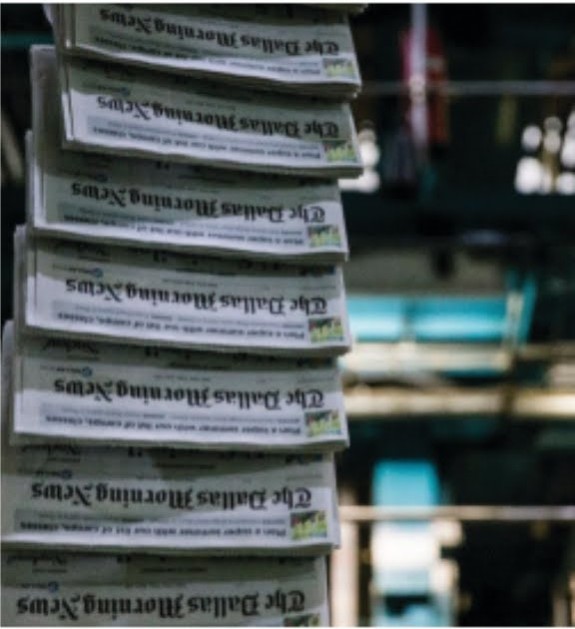 The partnership will allow Texas Metro News to publish stories free of charge, while helping boost The Dallas Morning News’ coverage of communities of color.

In an effort to boost coverage of Dallas’ communities of color, particularly in southern Dallas, The Dallas Morning News is partnering with Texas Metro News, a Black-owned publication that covers news and issues in Dallas’s Black community. The agreement will allow Texas Metro News to publish articles from The Dallas Morning News at no charge, while The Morning News will pay a consulting fee for Texas Metro News journalists to help with sourcing, story idea generation and more. “They don’t and won’t ever pay us anything,” said Mike Wilson, editor of The Dallas Morning News. The partnership comes as The Morning News expands community-based coverage through its website and local newsletters, targeted for specific geographic communities across North Texas. Currently, the initiative serves Allen, Arlington, Colleyville, Frisco, Garland, Grand Prairie, Grapevine, Irving, McKinney, Mesquite, Oak Cliff, Plano, Richardson and Southlake. Wilson and North Texas editor Jamie Hancock, who oversees the local initiative at The Dallas Morning News, said they recognized that coverage from the newspaper had not been as strong in some of those communities, which is why they reached out to Texas Metro News. “We came to that with a full awareness that we haven’t been around those communities as well as we could have through the years,” Wilson said. “We’re coming into it humbly.” Cheryl Smith, the editor and publisher of Texas Metro News, said she appreciated that editors from The Dallas Morning News approached the relationship as an opportunity for both publications to improve their journalism. It would not be just about checking a box for diversity, she said.

“Our team knew it wasn’t a light decision; it wasn’t tokenism,” Smith said. “The Morning News wanted journalism.” Smith started Texas Metro News in 2012. The printed newspaper has a weekly circulation of 5,000, and the staff also reports daily in newsletters and podcasts online. She said the partnership with The Dallas Morning News will help her staff better serve its readers. “If you want good, solid journalism, collaboration is key,” Smith said. “We’re trying to shed light and show the Black experience, but we’re also saying you don’t have to be Black to appreciate it.” The two staffs are already meeting weekly to discuss stories and opportunities for collaboration. Readers of columnist Norma Adams-Wade, for example, can see her columns monthly in The Dallas Morning News and weekly in Texas Metro News. Hancock said Smith has helped Dallas Morning News reporters cover important topics in southern Dallas such as “Shingle Mountain” in southeast Oak Cliff and a recent story about how a Black-owned business is responding to the coronavirus pandemic. “She knows everybody in the community and has relationships with everybody,” Hancock said, “and we want to leverage that and do whatever we can to help them grow their business.”

Smith is also an officer in local and national journalism organizations, including the National Association of Black Journalists. Editors at The Dallas Morning News first connected with Smith through local NABJ programs, including training sessions for early-career journalists at Paul Quinn College, Wilson said. Journalists from Texas Metro News are participating in professional development and training programs offered for Dallas Morning News reporters. Wilson said that when it is safe for public gatherings to resume, he hopes to work with Texas Metro News to plan in-person events for readers and subscribers. As part of the national conversation about racial equity in America, newsrooms across the country are finding new ways to boost coverage of communities that previously have been overlooked. For some, that has meant creating new positions for diversity reporting, or devoting other resources to covering Black issues. Wilson said the partnership with Texas Metro News will help The Dallas Morning News meet its own goals for improving the diversity of its coverage. “It’s something here that it was time to do,” Wilson said. “The Black press in Dallas has always been an important news source.” The Dallas Morning News has a similar reporting partnership with KXAS-TV (NBC 5), wherein the newspaper’s journalists appear on the TV station to promote articles. The TV station also provides video for stories on dallasnews.com. The newspaper is also expanding its coverage of southern Dallas. Report for America fellow Brooklynn Cooper joined the newsroom in June. Report for America places young reporters in local newsrooms across the country. Carrington Tatum also currently reports on southern Dallas.