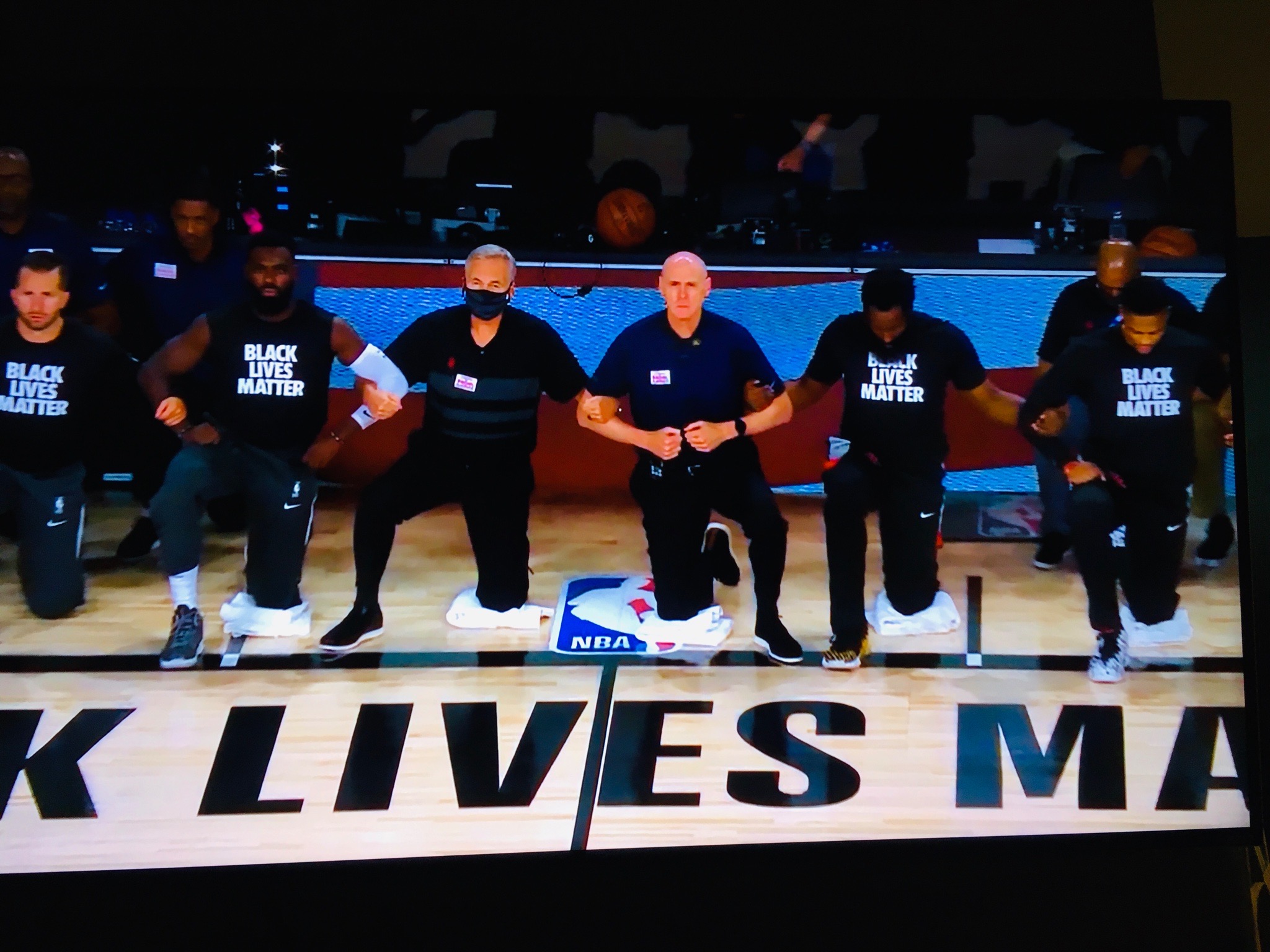 The Dallas Mavericks, including coaches and staff, and the Houston Rockets and game referees all kneeled during the playing of the National Anthem before their first game of the restarted NBA season.

Everyone wore Black Lives Matter shirts and black warmups, locked arms and knelt down. This has occurred amongst all the teams, players, coaches and staff and referees since the League resumed its 2019-20 season on July 30th.

Jonathan Isaac of the Orlando Magic is the only player thus far who has chosen to stand during the anthem.

The NBA technically has a rule on its books prohibiting players from kneeling for the national anthem. Earlier in the week, NBA Commissioner Adam Silver told Yahoo Sports’ Chris Haynes that he would not  enforce that rule, though, due to the unique circumstances surrounding this game and moment in history. “I respect our teams’ unified act of peaceful protest for social justice and under these unique circumstances will not enforce our long-standing rule requiring standing during the playing of our national anthem.”

The Mavericks also collectively wore the word “Equality” on the back of their game jerseys. Kristaps Porzingis, Luka Doncic, J.J. Barea and Maxi Kleber wore the word in their native languages.