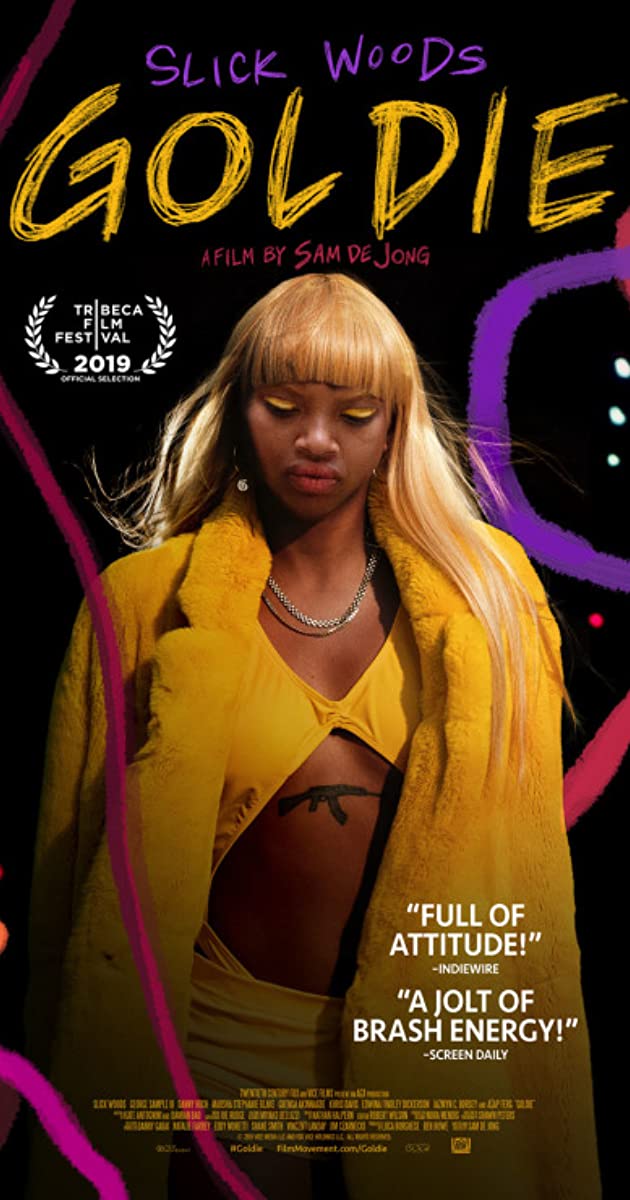 I have real mixed emotions after seeing the movie Goldie. It’s a character-driven movie about an 18-year-old girl, Slick Woods, that is shot in a very creative style using painted backgrounds to animate the live-action. It’s a movie filled with emotion with Goldie fighting to keep her young sisters out of foster care while pursuing her dream to be a video model/dancer. The problem I had with the movie was that the story just never came together. It was more like a series of dramatic vignettes than an actual feature film. Still, the movie was enjoyable.

The movie starts out upbeat with Goldie, living the life of a super hip girl in New York, who while disadvantaged, makes moves to get out of a life of poverty. Things start to unravel when her mother, who deals drugs out of the apartment, gets arrested and Child Protective Services want to take custody of the two younger sisters. There’s also a man staying in the apartment, Goldie’s mother’s boyfriend, who is the source for the drugs Goldie’s mom is dealing.

When CPS comes for the two young sisters, Goldie goes on the lam without a place to stay and after being denied shelter by their father, the girls end up living on the street and struggling to survive. After denying them a place to stay, a friend keeps the younger sisters overnight so Goldie can go on her big video audition that she hopes will change her life.

For the audition, Goldie covets a yellow fur coat that she sees in the store. When she takes her younger sisters to see the coat, the store owner won’t even allow her to try it on until he sees the excitement in the two young sisters. Absolutely enthralled with the coat, Goldie hustles up the money needed to purchase the coat. Proudly draped in her yellow coat, with matching yellow hot pants, Goldie heads out to what she hopes will be her life-changing audition.However, while at the audition the woman keeping the kids calls protective services and when Goldie comes home to pick up the girls, a new foster mother is there waiting to take the kids away. It’s a heart-wrenching scene to see the girls taken from their older sister after she fought so hard to keep them together. The movie lasts 90 minutes and is unrated. It’s available on PPV. On my “Hollywood Popcorn Scale,” I rate Goldie a LARGE.