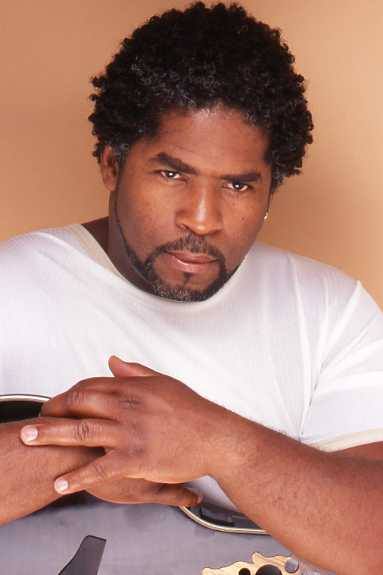 High-level gangsters, mobsters, drug dealers, who earn the rank of “Boss,” “Kingpin,” or “Don” (as in Don Corleone—the Godfather), do so with the fear-driven support of legions of loyal, lower-level compatriots and the love and allegiance of local “civilians” who see the Don as a Robin Hood figure. Dons establish headquarters and operate out of poor rural towns or urban ghettos, where people are historically underserved by local officials—the government. Dons then fill the needs of the poor. They pay rents and utilities and provide groceries for the residents. They bankroll holiday celebrations for entire neighborhoods and buy gifts for the children of the community. Dons will pay for weddings, funerals, and medical care, but their benevolence comes at a price. It’s understood that undying loyalty is the price for the Don’s patronage, protection, and generosity. Dons do for the disenfranchised what they cannot do for themselves, and the disenfranchised, in turn, celebrate the lavish lifestyle that the Don displays. The twisted rationale is, were it not for the Don’s successful enterprise, albeit criminal, who would look after them and see to their needs? No one. Figures like Mexico’s infamous “El Chapo,” Jamaica’s Chris “Dudus” Coke, and Columbia’s Pablo Escobar were revered in their communities. Harlem’s “Bumpy” Johnson, Nicky Barnes, and Frank Lucas were hailed as heroes and celebrities in their day.

The downtrodden, underserved, and underprivileged are always in search of a hero. Politicians and preachers bank on that dependence which is why campaigns promise more rewarding, satisfying lives and ministries promise prosperity from the pulpit. They also bank on the instinctive inclination of a Don to feign legitimacy or to wield influence over those who are assumed to have it, so they willingly form unholy alliances—most often by the exchange of money, favors or both. The rich typically have two priorities, remain rich, and get richer. To further satisfy those priorities, they may make deals with the “devil.” Therefore, their availability to a Don is only a matter of power and influence and whether the risk is worthwhile. If, for example, the Don is properly vested with public officials, local judges and prosecutors, for example, it may very well be an assumable and worthwhile risk. The current administration perfectly fits the criminal business model I’ve described—it’s a Kleptocracy. This Don speaks to the hearts and minds of a specific underserved electorate who faithfully populate his MAGA rallies.

They would vote for him if he shot someone in broad daylight. They forgo donning masks at his rallies as a sign of faithful fidelity, in spite of a pandemic. They love that he is anti-establishment and cheer the insults he hurls at Congressmen, Governors, Mayors, and World Leaders. They love the manner in which he demeans the media. His attacks on the FBI are priceless, second only to telling U.S. Congresswomen to go back to where they came from. They can’t get enough of his tweets and retweets. The Don has been underwriting politicians of both parties for decades. He holds an impressive collection of them in his hip pocket. They know it and they fear it. Public officials like Barr, McConnell, Graham, and all but a few Senate Republicans are shameless sycophants of the Don. Their careers depend on it, as they rely on him to keep his base engaged. Evangelical ministers like Paula White, Creflo Dollar, Joel Osteen and Kenneth Copeland, to name a few, have a vested interest in his success. He has such an unshakable, unbreakable stronghold on his loyal base, a base they share. Race baiting, xenophobia, however un-Christian, in no way, disqualifies him when unrepentant greed is the ultimate qualifier. The wealthy love him. His tax breaks favor them. He enriches them without exposing them. They know him intimately. He’s partied and traded women with them. They know and share his twisted humor. They subscribe to the very same eugenic principles and will stop at nothing to funnel millions to his campaign funds, legally and illegally. They are grateful for his judicial appointments and they want Russia, Ukraine, and China in their investment portfolios. Don is the risk taker and they know he will deliver… or will he?

The Don’s portfolio now includes well over 120,000 COVID-19 deaths in less than six months– all on his watch. Most attribute the inflated death toll to his administration’s mismanagement of the crisis. Making matters worse, he seems impenetrable to the messaging of public safety and the advice of medical experts. He is on a schedule of public appearances, where he is certain to make racist remarks about the “Kung Flu.” Don’s portfolio now includes massive worldwide protests of police killings of Black men, as well as civil and human rights violations; issues about which he struggles to publicly condemn. His racist core is on full display. The economy, his trump card, struggles with inconsistencies and wild fluctuations– on his watch. His threats and bullying tactics fall on deaf ears now, as his lieutenants and inner circle jump ship and share a resounding chorus of his incompetence.

When a Don begins to appear weak and unstable, their future is predictable. Threats to a dynasty may come from within, or from the competition. In most cases, the law finally catches up with the lawlessness. Dons all have their day, then their days run out. They fail and fall under the weight of their own greed, avarice, and megalomania. The collective voices of the nation, and of the world, are finally reaching a crescendo of rejection of this Don’s reckless rhetoric of hate and division. This Don’s insolence has awakened and unleashed a campaign, not just against himself, but against those, family and associates; guilty of shamelessly, brazenly aiding and abetting his criminal enterprise. As he continues to signal empathy, and affinity towards his fellow White Supremacists, the very symbols of that misguided racist coven—statues of Jackson, Lee, and Bragg—to name a few, are being pulled to the streets. These are signs of clarity of purpose and new levels of resolve and determination, signaling the Don’s days as Don are numbered—45 must make way for 46.