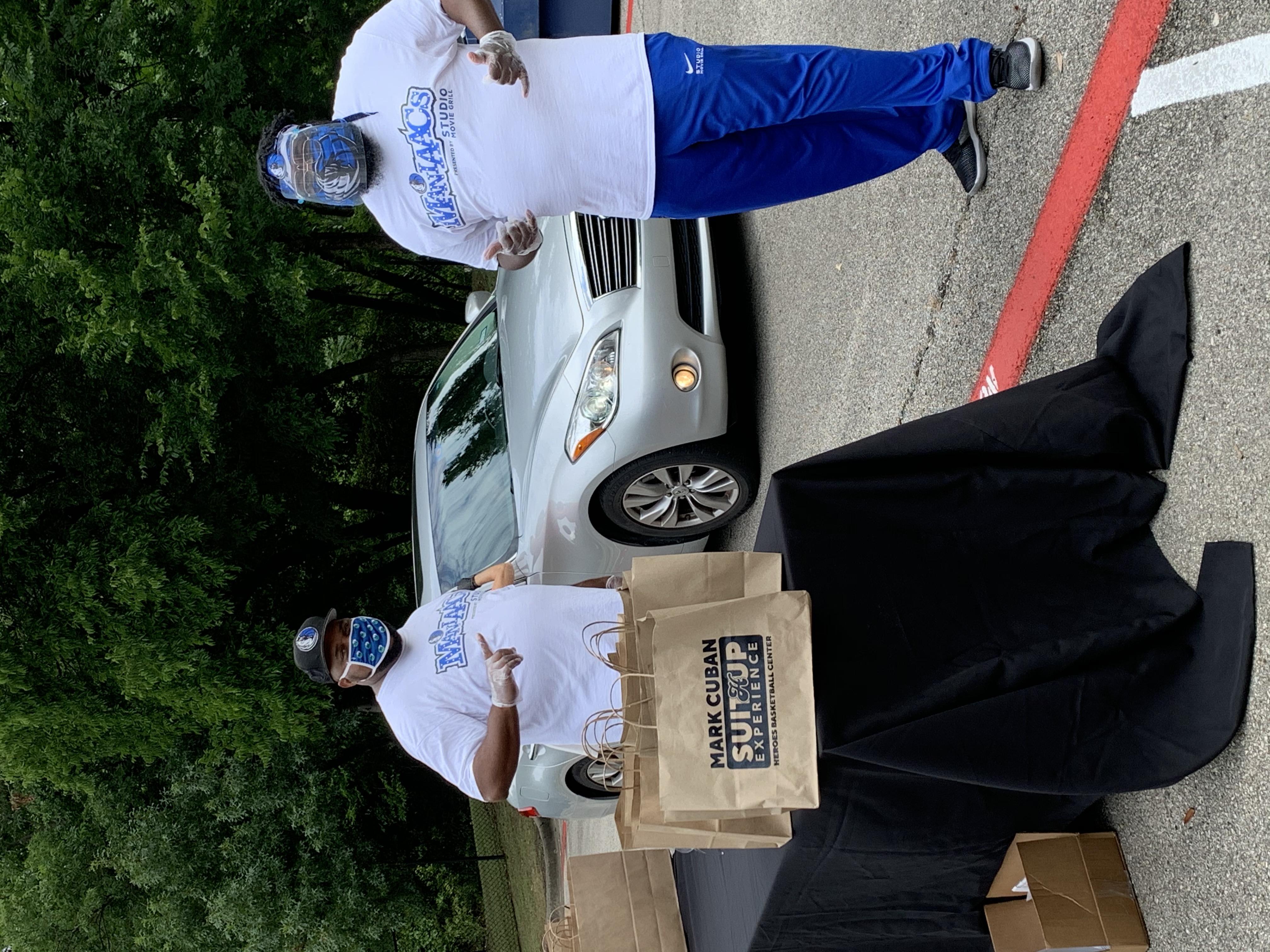 Fifty-three-year-old John Spane found the silver lining in the global pandemic that has hit the nation over the past few months; the opportunity to spend time with family.

“Since the pandemic started, you find yourself at home a lot and you are with your family. I guess you get a chance to see everyone and what they feel about everything,” he said. When you’re working, everything is on the move and you’re really not in touch.

“I’ve learned a lot about my family since the pandemic. I saw how much I worked. So now, it’s nice to stop and see everything and – with what is going on in the world – to appreciate what you have and what you’ve worked for.”

Spane and two of his four children, 15-year-old Jayce and 19-year-old Jori, took the time to stop and appreciate their lives while enjoying Father’s Day weekend at the He’s My Hero Father’s Day Event.

The He’s My Hero Father’s Day Event, held at the Mark Cuban Heroes Basketball Center, was a free drive-through event for dads, bonus dads and father figures. Sponsored by The Heroes Foundation, the event offered dads a family photo shoot with professional volunteer photographers. The photos were taken in front of a He’s My Hero step-and-repeat banner and digital photos.

Jayce Spane, who attends Lone Star High School in Frisco relished the chance to spend time with his dad and sister.

“This is great, to be able to spend time with my dad. Having him around, you know you want to take advantage of that and spend as much time as possible, especially with all the stuff going on in the world,” he said.

The first 100 dads who registered received a voucher for a new or gently-used suit from the Suit Up Experience as well as a meal box provided by The Potter’s House of Dallas We Care initiative. They were also entered in a contest to win a custom garden box from MJK Engineering & Construction Co. to grow their own produce at home.

Taking notice that the country is still in the midst of a pandemic, volunteers and staff from the Mark Cuban Heroes Basketball Center wore masks and gloves and used contactless methods to stage and email photos.

The event was the brainchild of Mark Cuban Heroes Basketball Center General Manager Trina Terrell after she saw photos of George Floyd’s children. “What inspired me were the photos of his children not really all together; that was just heartbreaking,” she said. “I said why not create this experience for fathers and came up with it literally two weeks ago. I just said team, can we make this happen? And everyone came together.”

Also spending time with his sons was Derrick Jones, who showed up with his three sons, Nicholas, Quinlan and Dwaylon wearing Dallas Cowboys jerseys.

“They proposed to hangout with me for Father’s Day weekend about two weeks ago,” said Jones. “I saw this event on the news and we decided to come and make a day of it.

“I’m excited because we’ve never hung out like this doing this type of situation. This event made it  possible.”

The Mark Cuban Heroes Basketball Center on Bonnie View Road, is a multi-purpose facility for neighborhood youth and families providing sports and leadership programs, has been closed for several months as part of the shelter-in-place requirements. For more info, go to markcubanheroescenter.org.