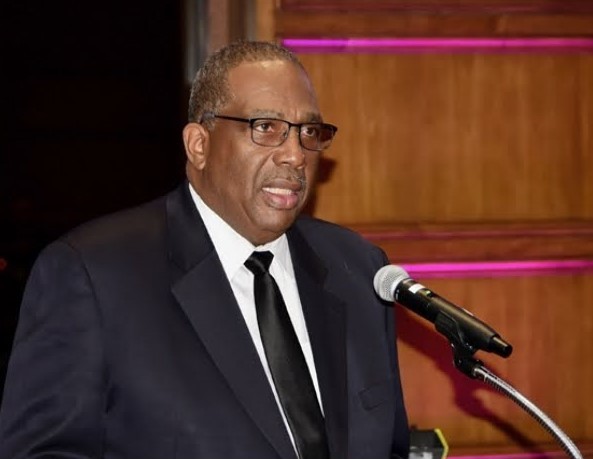 As I reflect on the joy that I feel as a father and a proud grandfather; I can’t help but express my feelings about another father whose children are commemorating their first Father’s Day without him. Just a little over a week ago, millions around the world watched the celebration of life services for George Floyd.

It was an emotional ceremony as many speakers referenced the violent death of Mr. Floyd at the hands, or should I say knee, of a Minneapolis police officer. This loss is especially tragic and alarming because of the brutal nature of the act. Mr. Floyd’s inhumane and savage death was similar to so many others we have heard about over the past four centuries; but this time it was recorded and the world, including our children and grandchildren, witnessed him taking his last breath, begging for mercy as he called out to his mother.

And just like during the civil rights protests of the 1960s when television cameras focused on protesters falling under the assaults of police officers, attack dogs, and water hoses; viewers watched in horror as Derek Chauvin murdered Mr. Floyd and fellow officers did nothing to end the madness. I know the pain of losing a loved one and I am so grateful for the loving relationship my father and I shared and the wonderful memories we created before he peacefully transitioned.

Mr. Floyd’s children’s last vision of their father is one I would not wish on anyone. Hopefully, they can take solace that their father didn’t die in vain. George never imagined that God had something special for him to do that day. His death will change the hearts and minds of people worldwide concerning BLACK LIVES MATTER.

Then, as we deal with the emotion of yet another senseless death; unfortunately we are in the midst of a world-wide pandemic which will keep many families from gathering together as we practice social distancing. We also must take into consideration that we are in the midst of a surge in positive coronavirus cases. COVID-19 is real and in this country alone we have experienced over 117,000-related deaths.

Despite the opening up of cities across the country, I urge you to exercise caution. It is imperative that everyone understands that coronavirus is real and we must all take precautions to not only ensure the safety of ourselves but also those we love. Although the first service honoring fathers was held a few years prior, Father’s Day was first celebrated 110 years ago in 1910; to honor fathers and fatherhood.

Especially during these times, we must continue to celebrate the men who are honoring their commitment to their children and families. Lest we forget, there are also those men who step in and assume that leadership role in the homes, our communities, and the world. So, in the spirit of Mr. George Floyd, whose daughter so eloquently spoke of the love he showed her; I celebrate all fathers and applaud them for using their lives as an example.