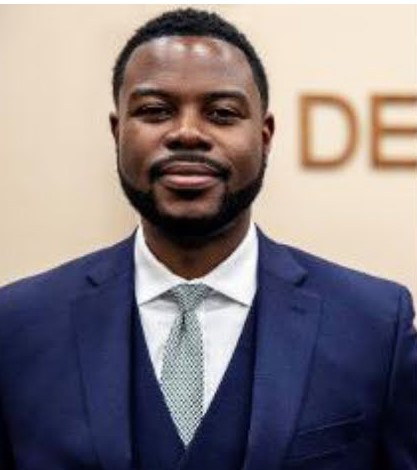 This weekend took me back to December 2015, when my former student, Quintonio LeGrier, was killed on his front porch by a Chicago Police Officer who stated he reacted out of fear. Q was the perfect student, quiet, and loved math and science. He was one of the students who inspired me to run the Chicago Marathon to raise money to purchase clean drinking water for kids in Africa. I miss him. I still think about him to this day.

Like many, I sat paralyzed watching the image of another dead Black American lay lifeless in the street. I’ve been alive long enough to see my share, yet I still feel all the feelings, compounded, as if each execution was happening again for the very first time. For a moment, I lost hope in humanity and struggled to find the strength to say the name of the latest victim. I struggled with watching and saying the names of the recent ones.

I’m exhausted by the number of Black Americans who’ve been unjustly killed or jailed in this country. And, I’m tired of the systemic inequities that continue to exist in this country and in the educational system to which I’ve committed my life. I’ve spoken at funerals and tried to comfort the parents of students who have unjustly died at the hands of rogue police officers who do not take their oaths seriously.

I’ve prayed at the bedsides of Black students injured by gun violence. In fact, I am still traumatized by the gun violence that was inflicted on my own family. If the continued loss of Black American human life does not stir up in each of us the need to make a personal and societal change in these United States of America, what will? As this country deals with the COVID-19 pandemic, it must also deal with the racial pandemic that has overtly and covertly affected Black Americans, like me, for hundreds of years.

This weekend, I’ve felt my share of sadness, frustration, and fear. Sadness because of the 8 minutes it took to dehumanize a fellow American, remove the God-given breath from his body and for his life to be strangled away, powerless, as a man’s knee stayed pressed upon his neck. I watched my childhood neighborhood destroyed the school building that I led as a principal broken into, and the Chicago landmarks that played backdrop to my upbringing changed forever.

Frustration because this isn’t the first, second, or third-time Black life has been taken without cause. I know this probably won’t be the last time, either. Fear because I’m concerned about the long-term effects that the first six months of 2020 will have on Americans, particularly people of color, people who have experienced unemployment and extreme poverty, whose dreams have been deferred, and those who feel as if they just can’t get a break.

And even more, fear because the West Side of Chicago, home to so many black and brown families, became an economic desert and never recovered after the 1968 riots which erupted in response to the assassination of Dr. Martin Luther King Jr. I’m afraid of history repeating itself across the country. But even still, I’ve seen the power of collective impact and togetherness in our country when things get tough. Americans have the ability to band together across differences and social constructs when there is a threat to our collective humanity.

And, racism and oppression are such threats. Each of us has a responsibility to make our country, cities, and communities better for all of us. Change really does start with the heart and mind. It starts with you and me. As an educator, I’ve seen our public education system fail at effectively ensuring that students not only learn core content at equitably rigorous levels, but also fail at helping students learn about the realities of race, class, privilege, and collective responsibility.

I’ve seen educators and leaders shy away from addressing issues of race and equity because of fear, pride, or politics. When we fail to teach our children about the reality of their existence, we fail to prepare them for the reality of the worlds in which they live. As educators, we have a responsibility to help students learn the things that really matter the most. Here’s what we should do. Educators at all levels must not be silent.

DeSoto Independent School District Superintendent of Schools, D’Andre J. Weaver. Ph.D. is a South Side Chicago native who has been described as strategic, visionary, and forward-thinking among the national education community.