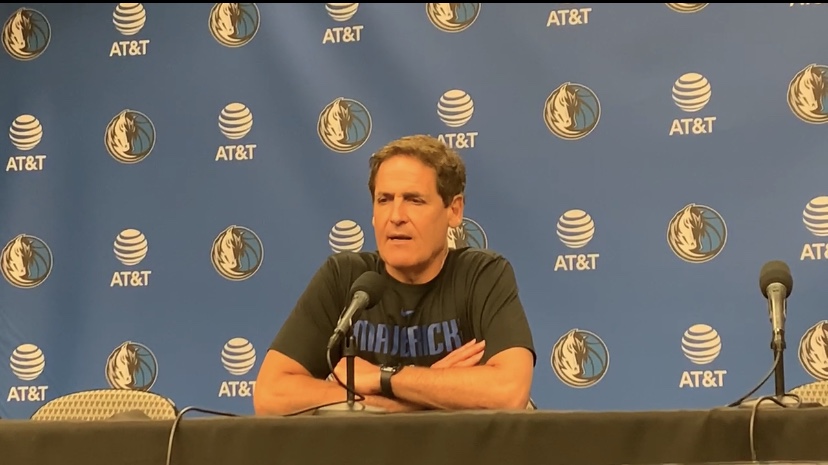 A $100,000 donation to the National Association of Black Journalists by Dallas Mavericks Owner Mark Cuban was made in honor of two long-time Dallas/Fort Worth journalists who both passed away in May.

The donation to NABJ’s COVID-19 Relief Fund was announced by the organization on Thursday after an appearance by Cuban on CNBC. According to CNBC, Cuban told them the donation was to honor former sportswriters Roger B. Brown and Martin “Marty” McNeal. He called them “two legends in the business that I had the pleasure of working with via the Mavs.”

Brown, known affectionately throughout the Metroplex and nationwide as Roger B. was a long-time radio show host on KKDA-AM and was the first black full-time sportswriter at the Fort Worth Star-Telegram. He passed away at age 61 on May 18.

McNeal, who worked for the Dallas Times Herald and covered the Mavericks before becoming the long-time Sacramento Kings beat writer for the Sacramento Bee, passed away three days later on May 21 at the age of 64.

“This was all the idea of Mark Cuban, who has been at the forefront of making a major difference in the African American communities,” said Mavs.com writer Dwaine Price, a friend and former colleague of both Brown and McNeal.

“I thought it was a terrific idea that Mark wanted to reach out and make a lasting donation to the National Association of Black Journalists that will honor both Marty Mac and Roger B., who were huge figures within the journalism community on a national level,” Price continued.

“They will be sorely missed by their family, friends and peers, but their legacies will live on thanks to the generous contribution made by Mark Cuban.”

“It is indeed an honor and my parents would be very proud. He (Roger) has always known he wanted to be in sports. Journalism provided him that avenue to pursue his dream. His legacy as the first black sports columnist for the Fort Worth Star-Telegram opened the door for so many sportswriters to follow and pursue their dreams in writing and broadcasting.

“To Mark Cuban, thank you so much for honoring my brother Roger for his passion, dedication and love for the world of sports,” Young continued. “Particularly grateful for his years as a beat writer for the Mavericks. It was one of his greatest achievements.”

The NABJ COVID-19 Relief Fund was established after the spread of the Coronavirus cancelled or suspended all collegiate and professional sports and led to layoffs and salary cuts at many media outlets.