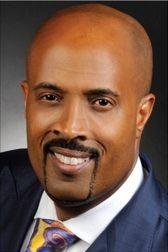 Concerned clergy, organizers, activists, and those who seek liberation and justice, prepared a statement in response to the recent comments made by Dallas Cowboys owner Jerry Jones: “…if any of (his) players decide to exercise their first amendment rights and not stand/take a knee during the playing of the national anthem they will be benched indefinitely.”

Many surmise Jones statement is grounded in his unyielding loyalty to American patriotism, when in fact Jones’ statement is a reflection of his commitment to the protection of and participation in American capitalism—ideals which are the core of America’s national identity.

To this end, we are calling for a:

It is the right of every American citizen to express outrage against police brutality and white supremacy with moral clarity and peaceful dissent. The fight for justice is never contingent upon popularity or the consensus of the majority. This fight for justice is rooted in love for humanity.