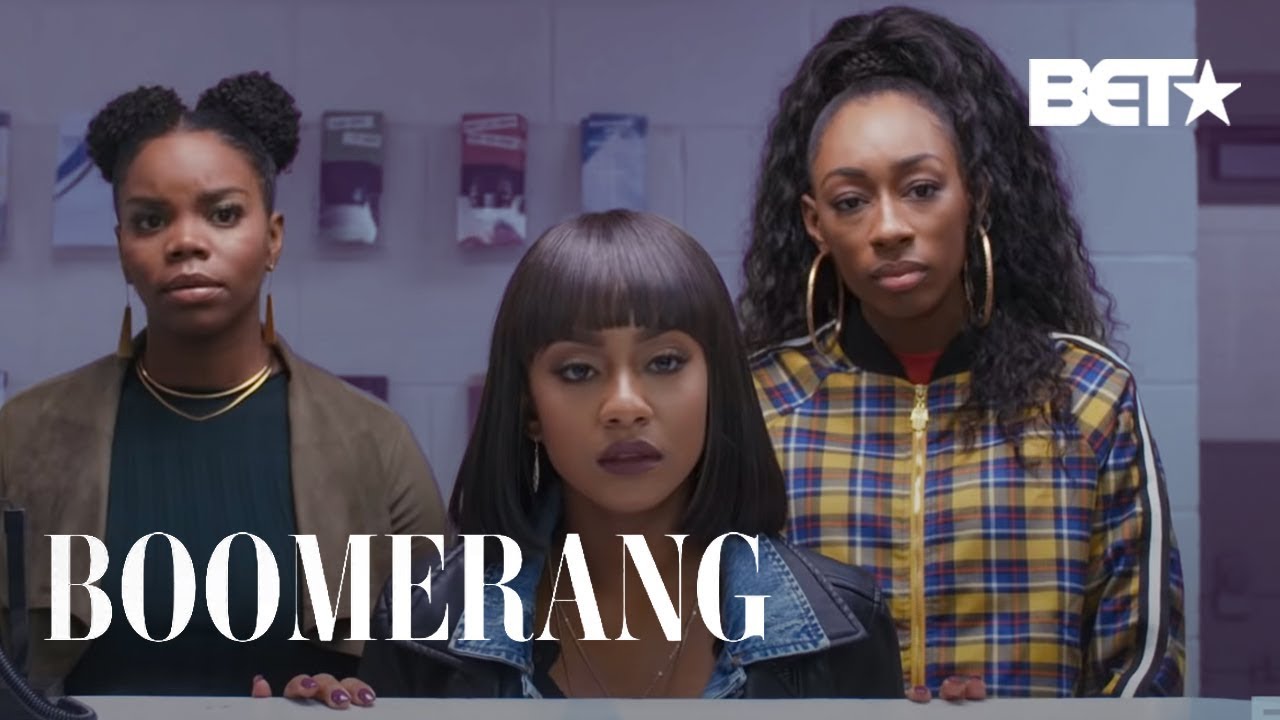 From Executive Producers Halle Berry and Lena Waithe come season 2 of BET’s hit series directed entirely by Women of Color…Boomerang. In the Valder Beebe Show satellite studio, I interviewed two of the stars of the series, Brittany Inge and RJ Walker. The series is based on the 1992 American rom-com in which Berry starred alongside Robin Givens and Eddie Murphy, and will continue to follow the lives of Jacqueline Boyer’s son, Bryson (Tequan Richmond) and Marcus and Angela Graham’s daughter, Simone (Tetona Jackson) as they try to step out of their parents’ shadows and make a legacy of their own.

Brittany Inge is a multi-hyphenate artist and activist from Laurel, MD. She is a graduate of Duke Ellington School of the Arts in Washington, DC, and Spelman College in Atlanta, GA. RJ most recently completed shooting a great supporting role in Amy Poehler’s feature comedy, Wine Country, with Tina Fey, Maya Rudolph, and Jason Schwartzman.

Text provided by Brittany & RJ’s publicists in conjunction with the Valder Beebe Show.

VEB: Welcome both of you very talented Boomerang stars.

BI: Thank you for the very warm welcome to your show, The Valder Beebe Show.

VEB: Based on the 1992 American romantic comedy film, this new series follows the lives of Jacqueline Boyer’s son and Marcus and Angela Graham’s daughter as they try to step out of their parents’ shadows and make a legacy of their own. Tell us about your Boomerang role.

BI: I play Krystal Garret. She’s a strong black woman just on her journey to find herself after a divorce.

VEB: What does the audience need to know about BET’s Boomerang?

VEB: Brittany, RJ mentioned Living Single. I believe African American audiences have been looking for that genre to connect to for a long time.

BI: I absolutely agree with that. I would say that Living Single is most aligned with Boomerang, the stories we want to tell, the values that align with us as young, successful, Black millennials.

Full interview with Brittany and RJ at soundcloud.com/valderbeebeshow