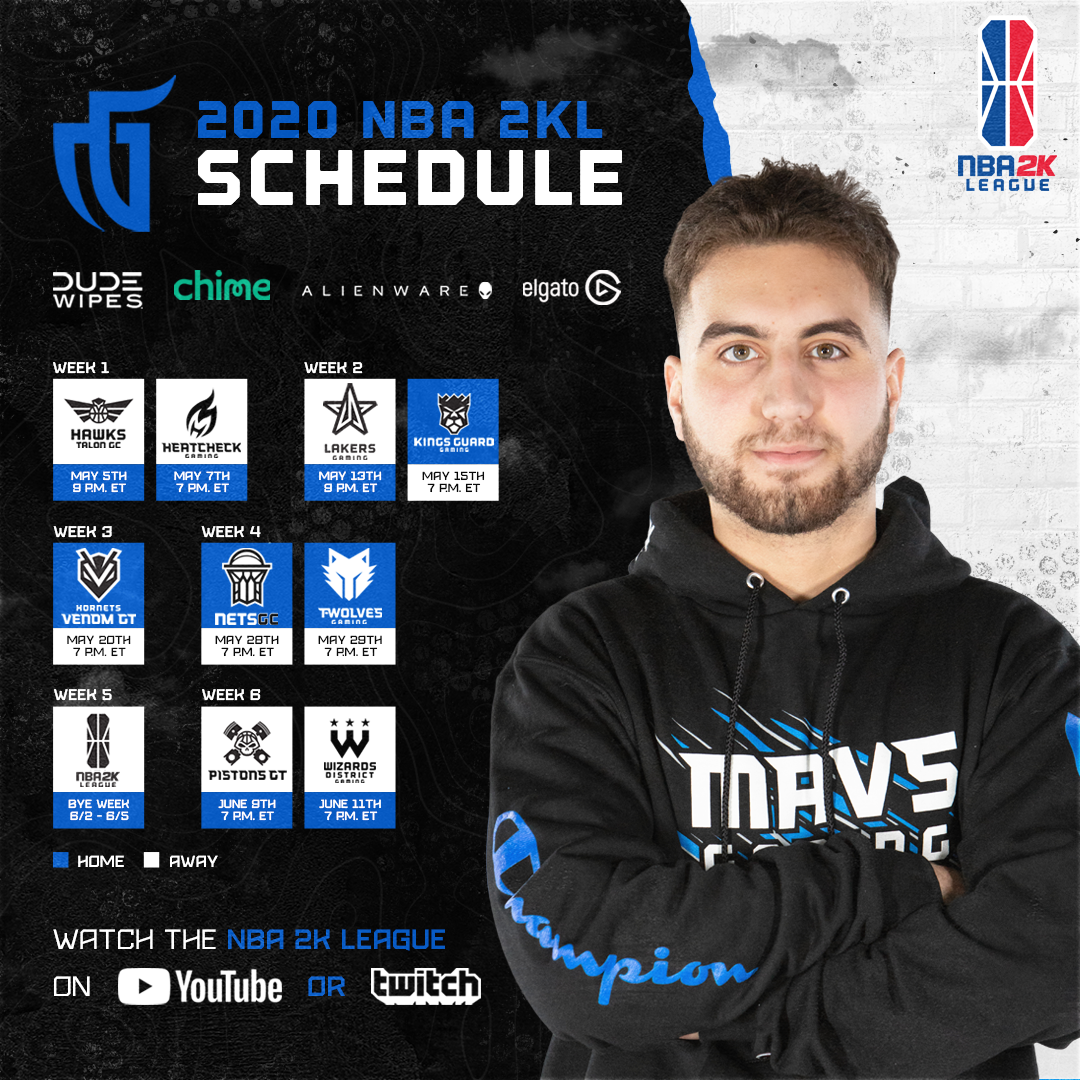 While most major professional sports leagues remain on hiatus due to the COVID-19 pandemic, the NBA2K League recently tipped off its third season.

Mavs Gaming, the official NBA2K League affiliate of the Dallas Maverick, are undefeated at 2-0 after week one.

“I’m excited that the 2K League is back! My guys went out there and capitalized and did everything to ensure Dallas the win,” Mavs Gaming Head Coach LT Fairley said. “Our guards were amazing. If they keep up that high level of play we are going to be hard to beat.”

Mavs Gaming will continue its regular season competition as part of six weeks of remote gameplay. This week the team will compete against Lakers Gaming at 8 pm on May 13th, followed by their matchup against Kings Guard Gaming. These games will be livestreamed on the league’s Twitch and YouTube channels.

Dimez, MavsGaming’s shooting guard and the No. 1 pick in the 2018 NBA2K League Draft, explained the team’s new slogan: “Something to Prove.”

“It’s really self-explanatory,” said Dimez. “This is the league’s third year and we have yet to win anything. So we just feel like we have something to prove.

“Every year we are making a little bit more progress and we are right on the verge of something and that’s where “Something to Prove” comes in. We have to make something happen,” Dimez said. “Season 1 we didn’t make the playoffs, season 2 we made the playoffs and lost to Boston in the first round and now it’s time to prove something.”

The NBA 2K League is a professional competitive gaming league co-founded by the NBA and Take-Two Interactive Software, Inc. Bringing together the world’s best basketball gamers, this marks the first official Esports league operated by a U.S. professional sports league.

The 2020 season will include three in-season tournaments (THE TIPOFF, THE TURN and THE TICKET), in which teams compete for banners that link together to form THE BANNER CHAIN, powered by AT&T. All 23 teams will compete in THE TIPOFF and THE TURN. The 14 teams that are not one of the top nine playoff seeds will compete in THE TICKET, which will see the winning team earn the 10th and final spot in the 2020 NBA 2K League Playoffs.

“’Something to Prove,’ to me, means we’re being slept on and we have to wake everyone up. We haven’t made any real noise in the league yet, which means we need to turn it up and show everyone why not to sleep on us,” Dimez said.