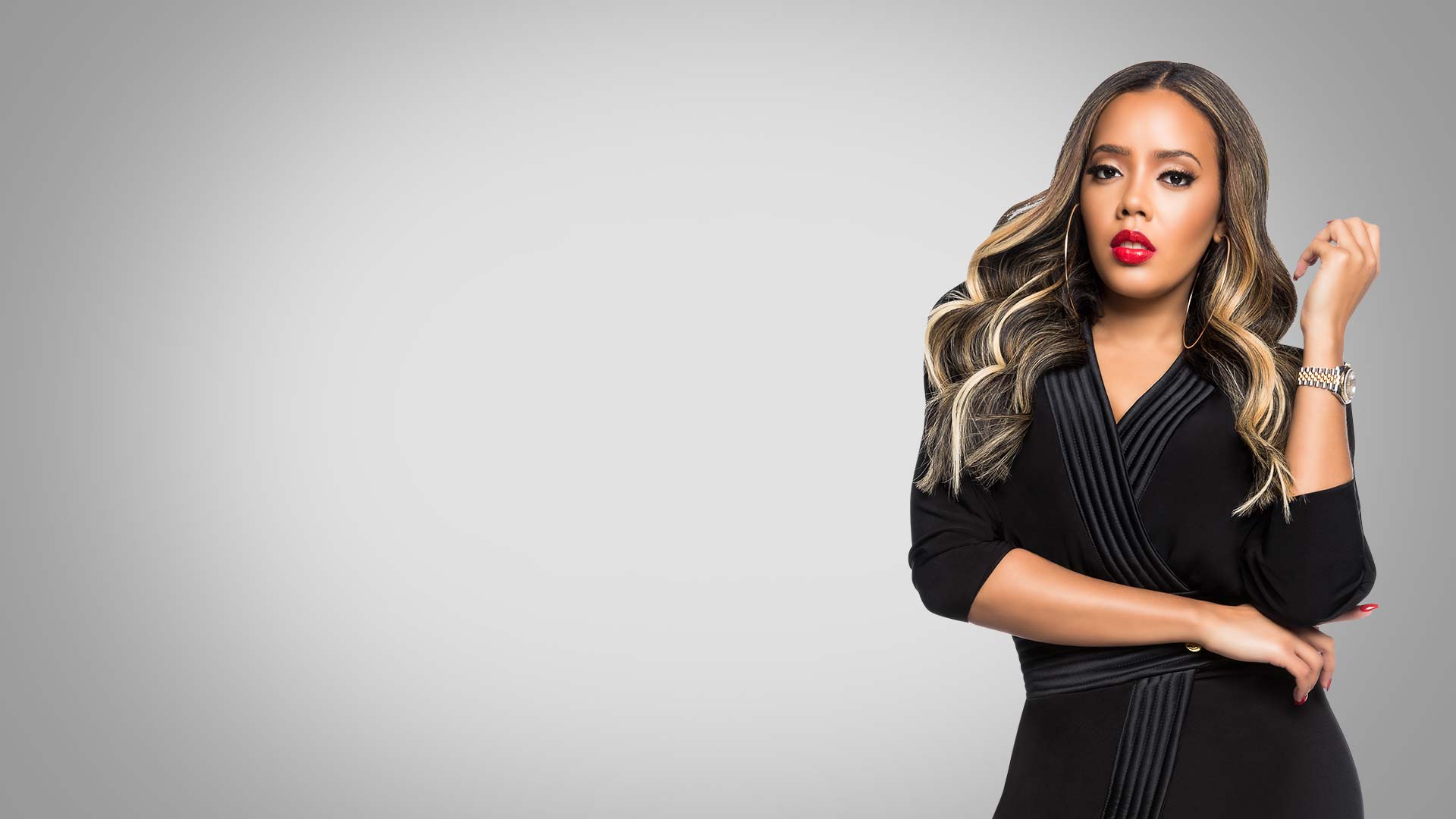 In the Valder Beebe Show studios, I had a chance to catch-up with hip hop royalty: Angela Simmons. She is the executive producer of Growing Up Hip Hop, which captures the lives of hip hop industry and business mogul families. The actress and activist, Simmons is a vegetarian and an active supporter of PETA, and is also one of the stars of Growing Up Hip Hop. Angela Simmons is the daughter of the legendary Rev. Run, of Run DMC. New episodes of WE TV’s hit series Growing Up Hip Hop are the most dramatic yet. In new episodes, viewers will see the world of hip hop is rocked by social media wars, a shocking arrest, and family bombshells.

Angela and Romeo Miller’s ongoing beef continues to populate headlines as they throw grenades from afar. The fiery feud takes an unexpected turn when Romeo devises a peace offering that tragically backfires! Angela, on the other hand, finds herself a new business partner…her old flame, Bow Wow. Bow finds himself on the urge of temptation as the exes try to navigate a working relationship.

Simmons is an established actor and producer, known for her early successes on the shows Run’s House, Daddy’s Girls, and BET’s 106th and Park. She is the executive producer of Growing Up Hip Hop, which captures the lives of hip hop industry and business moguls’ families. A fashion designer, actor, and businesswoman, Simmons impacts her generation through her activism, creativity, and entrepreneurial spirit.

Angela’s successful ventures into fashion design started modestly in 2007 when she and her sister Vanessa launched Pastry Footwear by designing four pairs of shoes. The company instantly became a major success. She opened her first clothing boutique, Angela IAM in Brooklyn, NY.

Text provided by Simmons’s publicists in conjunction with the Valder Beebe Show.

VEB: Angela, good day, and how are your famous parents, Rev. Run and Ms. Justine doing during the Pandemic?

AS: All are well. Thank you for asking.

VEB: Growing Up Hip Hop. You are the perfect guest to speak on this reality show, first as the executive producer and as a star of the series. As far as the new episodes, tell us about you and previous Valder Beebe Show guest, Romeo Miller? I believe you two have a romantic history?

AS: Well I won’t say much about that, you’ll have to tune into to know more. I can say you will see my sister and brother on the upcoming episodes….