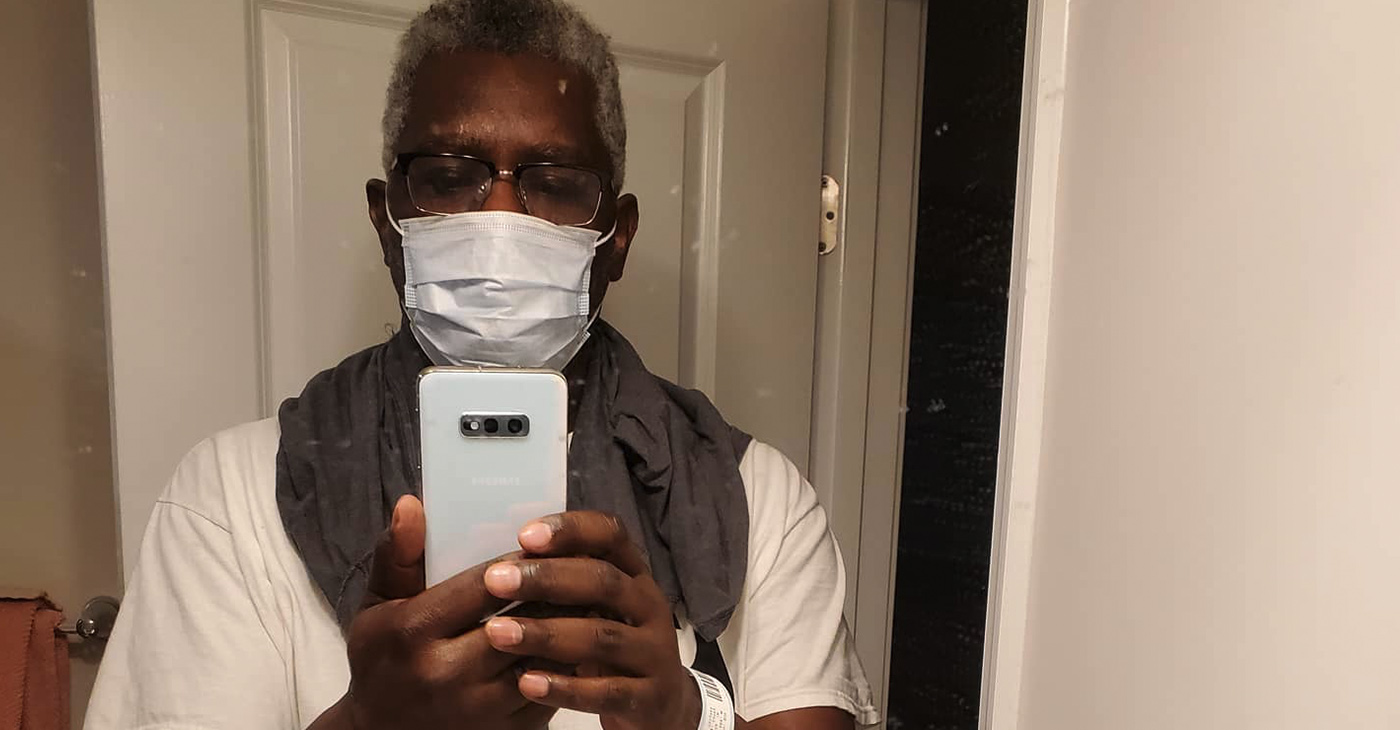 NNPA NEWSWIRE — When asked what he wants the readers to know, Brown pauses momentarily. “Don’t be a hero. The only heroes are the healthcare professionals,” he offers. “The bottom line is COVID-19 is real. It is not a game or a conspiracy. It is here and spreading rapidly and we must take as many precautions as possible to stay safe.”

(EDITOR’S NOTE: Shortly before this article was published, Shenay Brown’s symptoms became more severe and she was taken by ambulance to the hospital and has been admitted. She is currently in stable condition. Please join us in prayer for the Browns and all who are suffering the effects of the virus.)

The National Newspaper Publishers Association has been hit again by the coronavirus. NNPA Senior Correspondent Stacy M. Brown and his wife Shenay have been diagnosed with COVID-19.

Brown recently chronicled the story of Jeffrey L. Boney, the multi-award-winning writer for the Houston Forward Times and the National Newspaper Publishers Association, who is in the intensive care unit at United Memorial Medical Center in Houston after being diagnosed on Friday, March 27, with COVID-19.

Brown and his wife, who both began experiencing symptoms at the beginning of the week, were diagnosed Friday, April 3, 2020 at a hospital in their home state of New Jersey.

Brown says he was shocked that he has it because he and his wife have been adhering to the social distance guidelines and only left home to go to the pharmacy to pick up prescriptions and the grocery store.

An admitted germaphobe, Brown says the last time he remembers being in close proximity to others was during a meeting for the Black press held by the U.S. Senate on March 11. “A lot of Senators were there. The room was pretty small, and we were in close proximity to each other,” says Brown. “Most were doing elbow bumps, but I remember being shocked that Senator Cory Booker actually shook my hand with all of the talk about Coronavirus,” he adds. Brown has notified Senator Booker’s office of his diagnosis.

Stacy and Shenay live at home with their three children: Talia, 21, Paris, 13 and Stacy Olivia, 8. They have two other adult children who live out of town. “The kids have been great, leaving food at the door. They don’t have any symptoms and of course I don’t want them to get it. I don’t want them to have to face what my wife and I are facing.”

Stacy and his wife, who were already social distancing within the home, are now officially living in separate parts of the house. Stacy is in the basement while his wife lives on the top floor. His children leave food, medication and vitamins at their doors.

Stacy, who has been following the rapid spread of the virus, had attributed his early symptoms of COVID-19 to allergies. He and the family spent a wonderful day outside in their backyard grilling about a week ago. The Browns live on half an acre, so they have lots of space and aren’t right next door to anyone. They began experiencing symptoms shortly thereafter.

“My wife had a slight temperature, and in my case, I still have not had a temperature. I’ve had a sore throat all week and at night it gets worse,” says Brown.

After having trouble with his chest, back, breathing and a headache, Brown and his wife headed to the Emergency Room at their local hospital where they received chest x-rays and throat swabs.

“The doctor said we definitely have the virus,” his voice dropping. “The ER doctor is a specialist in infectious diseases and says the more cases she sees, the more she believes it’s in the air,” he added.

Brown and his wife were diagnosed based on their symptoms and sent home with prescriptions for Tylenol and inhalers. “We’re not at the point yet where we need to be on ventilators, but if our symptoms don’t improve, then we’ll have to be admitted and isolated.” The Browns have fluid in their lungs and Stacy has an underlying condition.

Brown understands the severity of the situation having three children at home. They have held conference calls with all of their children regarding end-of-life care and decisions that would have to be made, which is sobering.

Brown has tried to make a case for testing the girls to see if they have it, but the hospital won’t hear of it. “I have tried to talk them into testing the girls, so we’ll have some idea of their status, but the doctor says the hospital won’t allow it,” he says. “The fact they’re asymptomatic and young means they don’t get the test. Even though they say children handle the virus better, we’re learning that isn’t necessarily true in some cases,” he adds.

Stacy sounds like himself although a little winded. While he is clearly worried, he is also optimistic and encourages people to stay home and have end-of-life conversations.

“Black people don’t always have these difficult discussions with their families, but it is important to do so now because there is so little known about this virus,” he says. “My symptoms started with a rash on my ankles which I attributed to washing my clothes with bleach. The doctor said people have been reporting rashes as something they experience before the other more known symptoms such as difficulty breathing, which I had never heard before.”

Brown realizes he’s not a doctor and there are a lot of unknowns about COVID-19, but he says to listen to trusted scientists and doctors. “Talk to people who are going to speak with authority who know what they’re talking about and get the right information like James E.K. Hildreth, M.D., president and chief executive officer of Meharry Medical College, who is one of the top experts on infectious diseases in the world,” he adds.

In addition to trusting experts in the field, Brown suggests that folks continue practicing social distancing, wear masks and limit leaving the house as much as possible. Brown was checking the mail periodically before but says now that he has no plans to continue doing so.

He wants people to do everything they can to avoid COVID-19. “Listen to the experts and listen to your inner voice,” he cautions. “When I first learned of the seriousness of COVID-19, I discontinued a medication for an underlying condition that suppresses your immune system. Had I not done that, I might very well have ended up in ICU on a ventilator,” Brown said. “I’m not advocating skipping your medication but talk to your doctor and if you can make it without meds that suppress your immune system for a little while, then you should think about it.”

Brown is thinking about a lot of factors as he and his wife face the biggest fight of their lives.

“I was already afraid of it, so I wasn’t taking any unnecessary chances. Now I’m more afraid because I still got it. My wife has it too,” he laments.

When asked what he wants the readers to know, Brown pauses momentarily. “Don’t be a hero. The only heroes are the healthcare professionals,” he offers. “The bottom line is COVID-19 is real. It is not a game or a conspiracy. It is here and spreading rapidly and we must take as many precautions as possible to stay safe.”