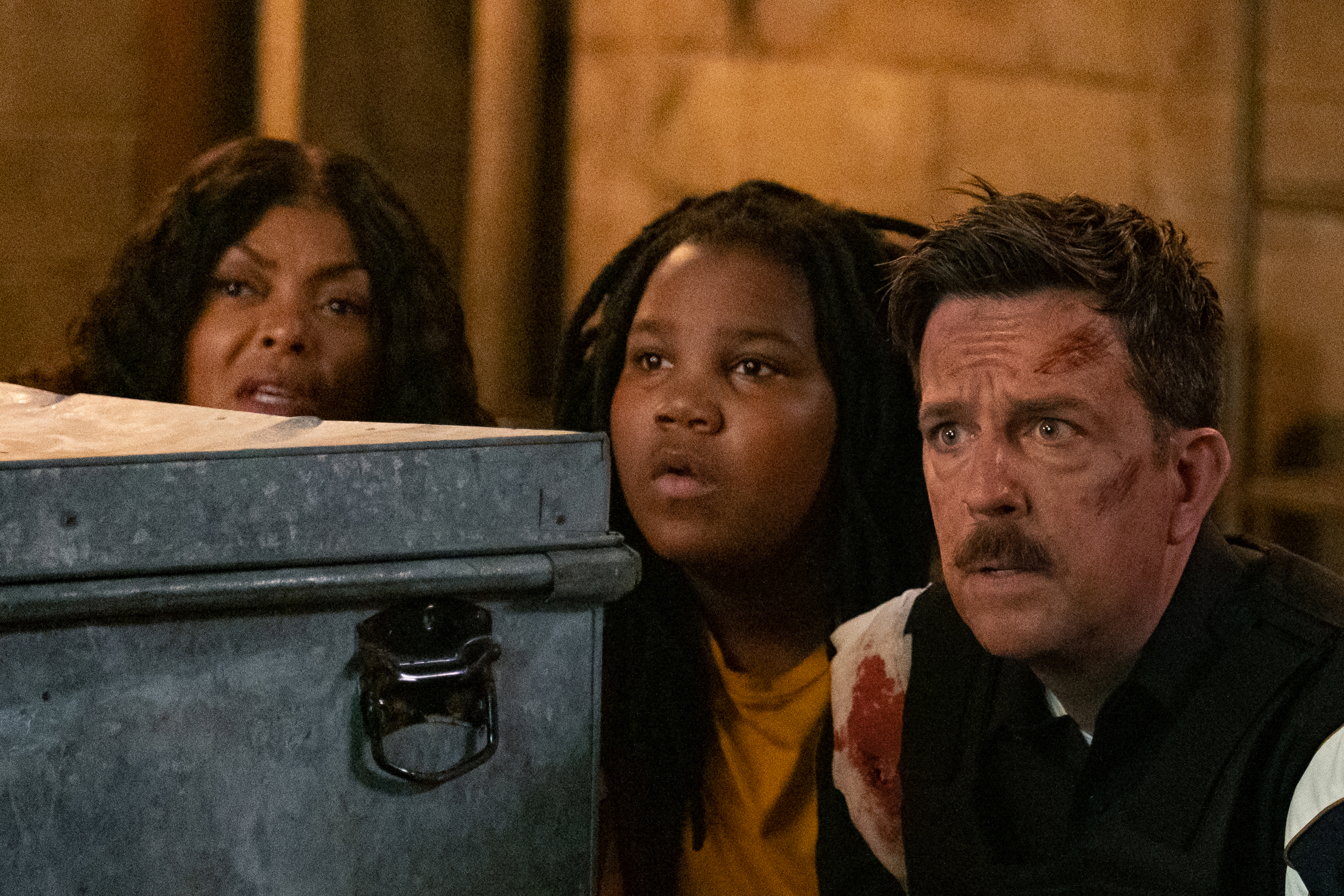 Coffee and Kareem is the new adult comedy starring Taraji P. Henson (Empire), Ed Helms (The Hangover), and Terrence Little Gardenhigh, starring in his first movie, as Kareem. The 12-year-old actor fires off so much foul language it makes you feel like you need to make a call to Child Protective Services.

In Coffee and Kareem, the young boy walks into the house unexpectedly and catches his mom (Taraji P. Henson) and the policeman, Officer Coffee, played by Ed Helms, having sex. The young man, who wants to be a gangster, is so outraged by seeing the cop sexing his mom he hires a notorious drug dealer to put out a hit on his mom’s boyfriend.

Instead, he ends up witnessing a crooked cop being killed, with his phone recording the entire event and ends up being pursued by the drug dealer and his gang. Now he and his mother’s boyfriend have to team up to stay alive. They also have to save his irate mother, who refuses to co-operate and ends up being tased by the 12-year-old and tossed in the trunk while they get away. Officer Coffee is being set up by crooked cops and he has to clear his name while on the run.

The movie is a guilty pleasure with plenty of raunchy laughs. As part of a deal, the two partners make Coffee take Kareem to a strip joint, in one of my favorite, most outrageous scenes in the movie. The scene helps the movie earn its TV-MA rating.

Coffee and Kareem is one of the most inappropriate movies I’ve seen in recent memory (keep the kids away from the TV), but if you’ve got the stomach for it it is laugh out loud funny.

The movie has a run time of one-and-a-half hours and is currently showing on Netflix. On my “Hollywood Popcorn Scale,” I rate it a LARGE.