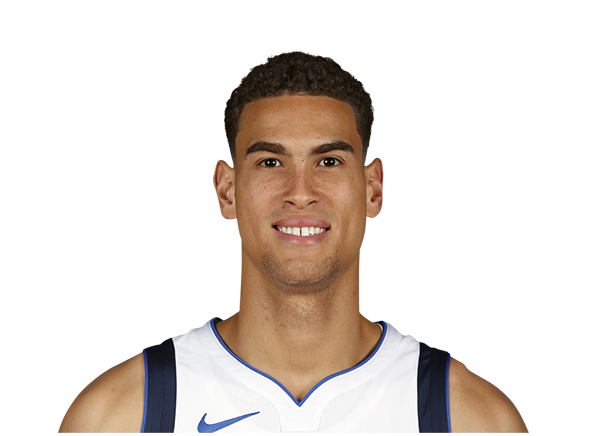 He suffered the injury on a non-contact play January 22 in the Mavs’ home game against the Los Angeles Clippers as he was driving to the basket. His right leg appeared to give out on him and he crumpled to the floor in obvious pain before being helped off the floor and immediately to the locker room.

“It’s a somber night with Dwight’s situation,” Mavs coach Rick Carlisle said that night after the Mavs’ 110-107 loss. “He’s one of the soldiers of this franchise. He’s an upbeat guy. He’s a constant team-first guy. “Guys like him define the culture we want here.”

An MRI the next day confirmed the rupture and he underwent surgery five days later. The surgery was performed by Dr. Bob Anderson in Green Bay, Wis.

Powell, 28, is a popular player among the fans and a key part of the Maverick’s locker room. He was acquired in a trade in 2015 and was in his first season as a starter when the injury occurred. He appeared in 40 games (37 starts) for the Mavericks this season with averages of 9.4 points, 5.7 rebounds and 1.5 assists in 26.5 minutes per game.

Powell spoke to the media last week about the surgery, the injury, the team; and if he’s suffering from cabin fever.

“I mean, I’m still around. I’m not dead, so I try to be around as much as I can. I can’t travel just yet, but as soon as I can, I will. We’ve got a great locker room. We’ve got a great group of guys and a great staff that’s done a good job of putting the right pieces together and giving us a game plan every night to compete at the highest level. I don’t think anything is going to change as far as anyone’s approach. If not, then it will be heightened hopefully, especially with guys now a little banged up. Kind of nearing that All-Star Break, we’ve got to step it up another notch and take it to another level and continue to compete for each other.”

(On how long he has to have his cast on…)

“At least until tomorrow. [Laughs] I don’t know, I’ve got it for like three weeks or something.”

“Yeah, I talked to Wes [Matthews]. I talk to J.J. [Barea] pretty much every day. But, it’s the same thing from everybody. You’ve got to be patient, you can’t rush it, and kind of an ‘it is what it is’ conversation. Got to make do with what I have left. I’ve got one good leg, arms, mind, and I can find ways to continue to get better whether I’m on the court or not so hopefully I can still find ways to help this team as well.”

(On why it was important to get the surgery done by Dr. Bob Anderson in Green Bay…)

“I just asked around. I have some friends in the medical field that spoke highly of him. I watched some of his lectures and some of the things that he’s done in the field, especially specifically with PARS [Percutaneous Achilles Repair System] Technique – the surgery that I had done on my Achilles – and I just thought on it and he was the option that I chose.”

(On if he feels like he has cabin fever yet…)

“No. I haven’t been spending too much time in the house to get to that level. I’ve been in the gym since I’ve been allowed to [be there].”

(On how he thinks the team has played in his absence…)

“We’re doing well. I think we’re showing that we’re resilient. We’re showing we have depth and we’re showing that we’re about winning and we’re going to compete every night, regardless of who we’re playing, where we’re playing, who’s in the lineup, who’s not in the lineup, who’s on the trip and who’s not. I think guys are about the right thing and we have the right mentality of the bigger picture of winning. Guys have done a great job of stepping up in absence due to injury or whatever it may be. I think that’s part of why we’ve been good so far and I think that’s going to continue to improve as we’re getting more experience as a unit and I think that’s a big part of the next step. That’s being ready for the next man to step up when it comes down to the next phase.”