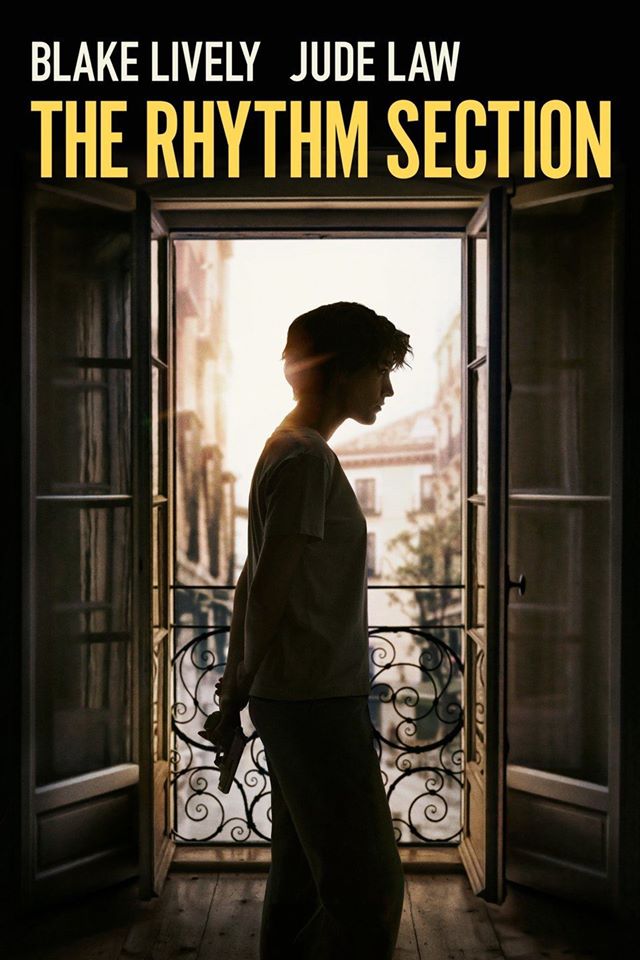 The Rhythm Section is a great example of substance over style. Blake Lively plays Stephanie Patrick, a wife and mother who loses her entire family in a plane crash (that she was supposed to be on). Her despair pushes her to the lowest possible depths as she becomes a prostitute and a drug addict.

Her life takes a turn when a freelance journalist pays her a visit and tells her that the plane crash that killed her family was an act of terrorism and he knows who the people are who were involved. That leads her on her journey to become a hitman and get revenge from the people who killed her family.

She seeks out a former M-16 agent (Jude Law) who grudgingly trains her to be an assassin. Her training is long and difficult but once she gets into shape and kicks the drugs she’s ready to go on her mission to seek revenge.

The movie, which is based on a series of books, rolls along at a slow pace but in doing so it gives us a lot of background on Blake Lively’s character, telling the story of her relationship with her family in a series of flashbacks and dreams. The title, The Rhythm Section, refers to her heart and her breathing being the percussion as she trains to be a cold-blooded killer.

The killing begins later in the movie and it makes for a fast-paced and exciting final 45 minutes to the movie with fight scenes and car chases that are reminiscent of James Bond movies. That’s because the movie is produced by the team that gave us several James Bond thrillers, Michael G. Wilson and Barbara Broccoli. The cinematography is dazzling in those final 45 minutes, which includes a thrilling car chase scene that will leave you breathless.

The movie may not be everyone’s cup of tea. That’s why on my “Hollywood Popcorn Scale,” I only rate it a MEDIUM. The Rhythm Section is rated R and has a run time of 1 hour and 49 minutes.