May 4 – 6 event at TPC Sawgrass will include a field of 18 players with the largest purse in APGA Tour history, will focus on competition, promoting diversity and player development opportunities.

Ponte Vedra Beach, Fl. – Six-time PGA TOUR winner and 2021 BMW PGA Championship winner Billy Horschel today announced that the Billy Horschel APGA Tour Invitational presented by Cisco will return to THE PLAYERS Stadium Course at TPC Sawgrass on May 4-6. Inside the ropes, the second-year event on the Advocates Professional Golf Association (APGA) Tour will include an 18-player field competing for a $125,000 total prize purse, the largest in APGA Tour history, with the winner also receiving an exemption into the Korn Ferry Tour’s BMW Charity Pro-Am. Outside the ropes, the tournament will provide business development opportunities for the players as well as opportunities for business leaders to learn from the players and their stories of perseverance and determination.

“My goal last year was to create a tournament that not only gave these young players an opportunity to compete on a world-class golf course for a substantial prize, but to also connect them with leaders in the business community,” Horschel said. “With the vision and support from Cisco, we hoped to help support each player’s journey, provide them with resources, and create an experience that I hoped would benefit each player on their path in the professional game. What I didn’t expect is how much of an impact the event would have on me, on the players and on the attendees. The success of year one has only fueled my desire to do more and this year’s event is going to be even better. We are fortunate to have companies like Cisco, Velocity Global, PGA TOUR Superstore, Polo Ralph Lauren and The Concession Golf Club who have returned and many more who have joined to support this event who share my passion in making golf better resemble the world we live in. To have Korn Ferry provide a sponsor exemption to the BMW Charity Pro-Am is a massive opportunity for the winner not only to gain experience on that stage, but sometimes one week can change a player’s career.”

The event will include an initial day of a pro-am, a trip to PGA TOUR Superstore to help the players with equipment and other needs, seminars and other development opportunities all with key partners and industry leaders. The list of companies and partners who are supporting the event and/or will be a part of the business development efforts includes: Cisco, BDO USA, Body Armor, Duvel Moortgat USA, Farmers Insurance, Garden of Life, PGA Tour Superstore, PGA TOUR, Polo Golf Ralph Lauren, Spartan Investment Group, The Concession Golf Club, The Exeter Group, Titleist and Velocity Global.  The competition will challenge the players with 36 holes at THE PLAYERS Stadium course, home of THE PLAYERS Championship.

“We are thrilled to continue our support of this APGA event and build on the success it had last year,” said Mark Patterson, SVP and Chief of Staff to the Chair and CEO at Cisco. “We are focused on supporting individuals like Billy Horschel and organizations like the APGA who are acting boldly and deliberately to accelerate fairness, inclusion, and equitable access to opportunity. Together, we will take another step forward toward achieving our purpose to power a more inclusive future for all.”

“It is exciting to offer an exemption into the Korn Ferry Tour’s BMW Charity Pro-Am presented by TD SYNNEX for the winner of the Billy Horschel APGA Tour Invitational presented by Cisco,” said Korn Ferry Tour President Alex Baldwin. “Our Tour prides itself in providing a pathway for professional golfers to achieve their dreams and reach the PGA TOUR, and we’re honored to work alongside Billy Horschel and the APGA Tour in an effort to provide meaningful playing opportunities to help diversify the golf landscape. Thank you to our partners at Korn Ferry for their commitment to this mission and providing the sponsor exemption, and we look forward to welcoming the winner of the event to the Thornblade Club in South Carolina in June.”

The APGA Tour was established in 2010 as a non-profit organization with the mission to bring greater diversity to the game of golf. The APGA Tour Board of Directors works to accomplish this by hosting and operating professional golf tournaments, player development programs, mentoring programs and by introducing the game to inner city young people. In addition to conducting up to 17 tournaments awarding more than $500,000 in prize money and nearly $100,000 in bonus money in 2022, the APGA has organized a Player Development Program to aid young minority golfers as they work to chase their goals in professional golf.

“Last year’s event had a profound impact on our players with several receiving financial support from companies that attended, but it also gave them a chance to hear from Billy about what it takes to be a professional in the game and to test their skills at a world-class golf course,” said APGA Tour CEO Ken Bentley. “With Billy and the team at Cisco, we are certain that this will be another successful event with tremendous impact on our players. The grind of professional golf is not only immensely difficult, but it is also very costly. With Farmers Insurance starting off the year with a record-breaking $100,000 purse and now Cisco and Billy Horschel pushing this purse to $125,000, the financial support of this week alone can go a long way for these players throughout the season.”

Many of the players in the field are a part of the APGA Tour player development program. The event will include six APGA Tour players who have made starts on the PGA TOUR in the last 18 months including Kamaiu Johnson, Ryan Alford, Marcus Byrd, Kevin Hall, Aaron Beverly and Willie Mack, who made back-to-back cuts on the PGA TOUR in 2021. Kamaiu Johnson and Ryan Alford both played in this year’s Farmers Insurance Open where Alford made an eagle on the first hole of his PGA TOUR career. Alford won back-to-back events on the APGA Tour in 2021. Aaron Beverly received the Charlie Sifford Exemption at the Genesis Open after winning the 2021 APGA Farmers Fall Series Finale at Wilshire Country Club in Los Angeles. Mack returns as defending champion of the Billy Horschel APGA Tour Invitational presented by Cisco after winning last year’s event by four strokes in a season that saw him continue on to win the APGA Tour’s season-long Lexus Cup. Michigan State’s Troy Taylor II returns again as an amatuer after playing in last year’s event and finishing an impressive runner-up to Mack.

The 18-player field will consist of:

ABOUT BILLY HORSCHEL – A resident of Northeast Florida, Billy Horschel has won six times on the PGA TOUR, and most recently added a victory on the DP World Tour at the 2021 BMW PGA Championship at Wentworth. Horschel is a dedicated husband and father to his wife, Brittany, and their three children. He hosts one of the most successful AJGA youth events, the Billy Horschel Junior Championship and, along with Annika Sorenstam, was recently named as one of two National Chairmen on the AJGA Board of Directors. Billy is an ardent supporter ofFeeding Northeast Florida through numerous charitable efforts.

ABOUT CISCO – Cisco (NASDAQ: CSCO) is the worldwide leader in technology that powers the Internet. Cisco inspires new possibilities by reimagining your applications, securing your data, transforming your infrastructure, and empowering your teams for a global and inclusive future. Discover more on The Network and follow us on Twitter.

Cisco and the Cisco logo are trademarks or registered trademarks of Cisco and/or its affiliates in the U.S. and other countries. A listing of Cisco’s trademarks can be found at http://www.cisco.com/go/trademarks. Third-party trademarks mentioned are the property of their respective owners. The use of the word partner does not imply a partnership relationship between Cisco and any other company.

ABOUT THE APGA TOUR – The APGA Tour was established in 2010 as a non-profit organization with the mission to bring greater diversity to the game of golf. The APGA Tour Board of Directors works to accomplish this by hosting and operating professional golf tournaments, player development programs, mentoring programs and by introducing the game to inner city young people. In addition to conducting up to 17 tournaments awarding more than $500,000 in prize money and nearly $100,000 in bonus money in 2022, the APGA has organized a Player Development Program to aid young minority golfers as they work to chase their goals in professional golf.

ABOUT FAIRWHAY MANAGEMENT – Fairwhay Management is a boutique, female-owned, sports marketing, consulting and talent management firm. With over 30 years of experience in the industry, our expertise lies in unique and innovative alliances and endeavors. We specialize in relationship building, multi-faceted marketing partnerships, along with full-service athlete and client management. We are proud to partner with a collection of the most driven and talented athletes in the golf industry. 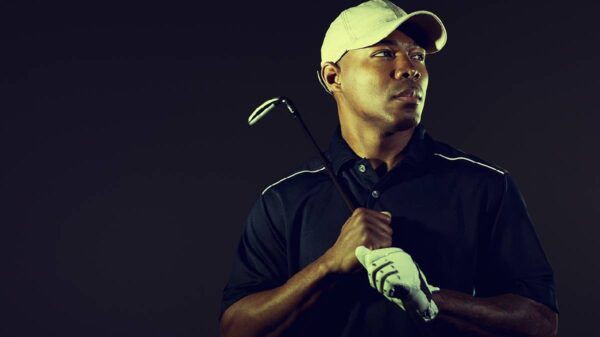 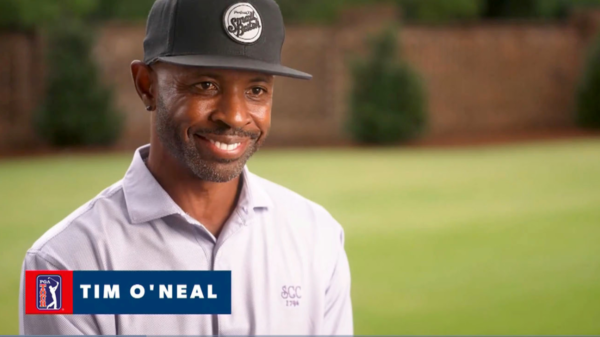 NNPA NEWSWIRE — The 49-year-old pro played in the APGA Tour’s first-ever event in 2010 and remains on top of his game as he...