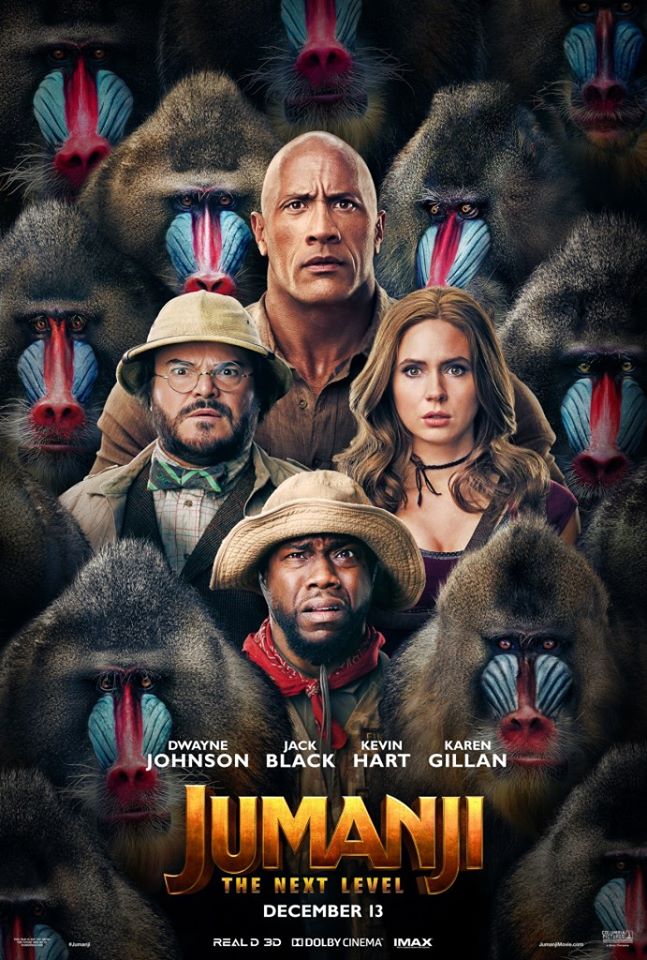 Jumanji: The Next Level is a remix of the original Jumanji: Welcome To The Jungle. It literally “remixes” the original concept to come up with a new movie.

The new characters give a real punch to the script, which was written at a record-setting pace in order to get the film back out to audiences again. The previous movie was released in 2017. That’s a quick turn-around for a sequel. But it’s Dwayne Johnson, Jack Black, and Kevin Hart who carry the movie. The two big-name actors, Johnson and Hart, do a great job of picking fun of their real selves and Hart made me howl with his dead-on impersonation of Danny Glover.

Johnson is extremely adept at doing action scenes that are filled with comedy. Although it’s more of the same from the first movie, there are some fun plot twists as the movie goes from the desert to snow-capped mountains on this fun adventure ride. While it’s not the best sequel ever made it is an entertaining family film that I think will leave you laughing in your seat.

The movie is a quick-paced 1 hour and 59 minutes and it’s rated PG-13. On my “ Hollywood Popcorn Scale,” I rate this movie a LARGE.