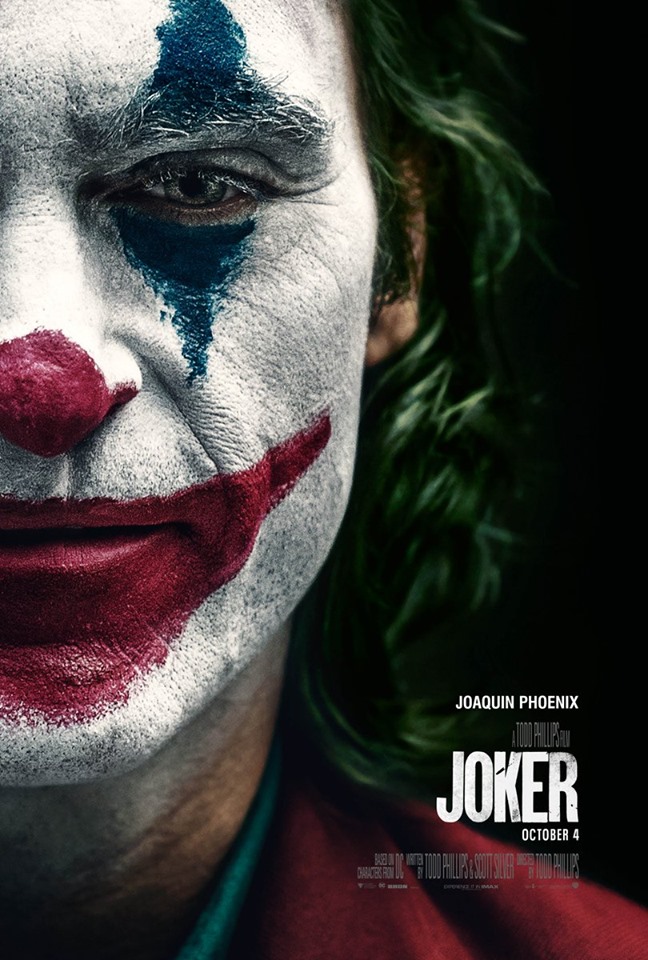 Joker is a masterpiece! This Joker is far-flung from Heath Ledger’s Joker and even more distant from the early Joker played by Jack Nicholson. Joaquin Phoenix’s Joker is a journey into the darkest places of the human mind. He’s violent, he’s withdrawn and he’s downright crazy. Joker has the same intensity as the movie Taxi Driver.

The movie is very disturbing and parents, thinking this is a Batman movie, are warned not to bring small children. As a matter of fact, Batman doesn’t even appear in this movie. Phoenix plays a clown who is taking seven different prescription medications for a slew of various mental conditions. He was previously committed to a mental institution and now that he’s been released he continues to receive mental counseling. He frequently tells his doctor that he has never been happy a day in his life.

This is the man who works at cheering people up in his capacity as a clown for hire. After several complaints from clients, he’s finally released from his job when a pistol falls out of his pants while he’s entertaining sick children in a hospital. His depression and anger push him over the edge when three yuppie businessmen attack him on the subway and he pulls out his pistol and kills all three of them. Brett Cullen plays Thomas Wayne, Batman’s father, and he pushes The Joker, Authur Fleek, all the way off the ledge when he says anyone without a job and who’s poor and who would commit such a crime is “a clown.”

His comment angers the lower class citizens of Gotham City and suddenly, Joker becomes a cult hero. While violent, the character study of a mentally ill man who is driven to madness is a fascinating story. The movie will make you squirm with its ruthless acts of violence.Joker is rated R and has a runtime of 2 hours and 1 minute. This is a movie that you will either hate or will love. There’s no grey area in this movie. I loved it and on my “Hollywood Popcorn Scale” I rate Joker a JUMBO.