Throughout the State of the City series, this newspaper has identified key challenges facing Dallas: making the city safer; reducing homelessness; educating children; building jobs and a sustainable economy that works for all; and narrowing persistent health care disparities.

We’ve found a mix of progress and setbacks, as well as embedded systems that undermine fairness, tolerance and inclusion and complicate effective targeting of investments into under-resourced communities and programs. Achieving social and economic justice requires all facets of our community to continually rethink the roles of government and the private sector, including nonprofits and residents, in promoting a more equitable city.

If leveling the playing field for struggling neighborhoods and residents in the pursuit of equity and fairness isn’t ample motivation, then economic self-interest should drive change. Disparities by geography and income will continue to take a toll on the distribution of Dallas’ property tax burden unless underserved neighborhoods have better access to services and opportunities that improve quality of life, create stable jobs, produce reliable incomes, reduce poverty and improve physical and mental health.

It is impossible to map progress without a starting point. Most people would point to seminal moments of awakening in the past two years, principally the murder of George Floyd on a street in Minneapolis and the coronavirus pandemic’s toll on health care, jobs, child care and educational progress.

Some of the struggles we have examined have persisted for decades in Dallas and prevented all parts of the city from achieving their potential. The city must cultivate opportunities for all residents to excel, such as building a stronger school system, creating a healthy supply of affordable housing, adding jobs that pay living wages and, of course, making streets safer and residents healthier.

The modern iteration of this journey began in 2004, when The Dallas Morning News published “Dallas At The Tipping Point: a roadmap for renewal,” a special report based on the findings of the newspaper’s commissioned report from consultant Booz Allen Hamilton on the state of the city. City government, the consultant’s report concluded, didn’t know what it didn’t know, couldn’t effectively measure successes or failures, and had so many blind spots that it couldn’t effectively address the city’s most persistent problems.

After initially denying that problems existed, city officials gradually refocused the annual budget to better align with city priorities, a process that is still evolving today. The Dallas Independent School District went through its own awakening and began to infuse accountability and equity measures into its operations, partly under pressure from Dallas’ business leaders who reasserted themselves into civics, politics and education.

However, reversing decades of inequity requires persistent efforts to remove major obstacles long baked into the way Dallas operated. Poverty, crime, educational opportunities, health and family income and wealth can be mapped by ZIP codes and breaks along racial lines.

The city ranks high on many economic measurements, thanks in part to a concentration of Fortune 500 companies and national stature in health care, technology, financial services, defense, and transportation industries. Yet, too many residents, many of them Black or Hispanic, and in southern Dallas neighborhoods, lack opportunities and haven’t shared in Dallas’ economic success. In many instances, inequity has been intentional, the result of zoning and land use decisions tied to the legacy of racial and economic segregation. And it must be undone.

This chasm is most tangibly measured in investment, income, health care and employment disparities. Roughly 45% of the city’s residents live in southern Dallas, but those neighborhoods make up only 15% of the tax base. Residents of southern Dallas neighborhoods also have a lower median household income and worse health outcomes. Citywide, roughly 19% of Dallas residents lived below the poverty line, according to the Census Bureau.

Moreover, according to Dallas’ economic development report, Black households earn less than half the income of white households. Nearly half of Black and Hispanic renters are rent burdened, and 35% of Black residents and 28% of Hispanic residents have zero net worth, compared to 15% for white residents. The report also cites a study by the National Equity Atlas, which tracks racial and economic equity. According to the NEA, Dallas is losing $115 billion in GDP due to these disparities, money that isn’t producing property and sales tax revenue, new businesses or new jobs.

Add decades of environmental degradation, vacant lots, flood-prone land and redlining, and the impact is that meaningful investment had been shut down in neighborhoods like Joppa, West Dallas, the Bottom and Floral Farms, the latter being where a disgraceful pile of illegally dumped toxic roofing debris became Shingle Mountain and grew far higher than the rooftops of most Dallas homes.

From the day he took office, Mayor Eric Johnson underscored these and other challenges and City Manager T.C. Broadnax has steered city priorities to consider equity and social justice impacts. Both men have said that the city must be a better global competitor and prioritize economic development in southern Dallas, including a workforce skills development policy to create “good jobs,” which the United Way of Metropolitan Dallas has defined as an occupation with annual compensation greater than $32,232, in job sectors that will grow and resist job losses due to automation. By this gauge, white workers hold 54% of these jobs while Black and Hispanic workers only hold 15% and 16% of these jobs, according to the city’s workforce skills report.

The city, increasingly aware of its weaknesses and the disparities, is prioritizing retention, expansion and recruitment of businesses that add jobs and pay a living wage. City Hall also seems more willing to pursue innovative public-private partnerships to spearhead progress that neither city government nor private industry could achieve alone. This requires the city and private partners to better solicit and consider the meaningful input of residents, especially those who may have been excluded from decision-making in the past.

The unprecedented response to homelessness unveiled earlier this year is an excellent example of a collaboration that unites city, county and nonprofits in a promising $72 million public-private comprehensive initiative to get homeless individuals into permanent housing and services. We’d like to see that as a model for city government, neighborhood groups and others to work together on new strategies to improve economic mobility, increase affordable housing, reverse land use and zoning mistakes, and encourage inclusive growth and strategic investments in historically underserved communities.

And it begins with reversing past injustices, especially those instances where indifference has had adverse environmental impacts. Residents in Floral Farms want a park with amenities where Shingle Mountain once stood and for the city to rezone the area so another environmental hazard doesn’t emerge in the neighborhood. Likewise, groups in West Dallas have proposed new plans to undo numerous zoning and land use decisions that negatively impacted the community for decades.

Educating the next generation also is central to a more prosperous future for southern Dallas residents and essential to narrowing the city’s extreme wealth and opportunity gaps. Significant efforts are underway in both K-12 and higher education to provide pathways for economically disadvantaged students to become college- or career-ready for good-paying jobs that can lift a family from poverty into the middle class. Over the course of a decade, Dallas Independent School District officials have implemented reforms to retain the best teachers in the district, improved student achievement pre-pandemic and forged ties with Dallas College, Dallas County’s community college system. The idea is to ease entry into community colleges and four-year universities, reduce financial barriers to higher education and expand training and recruiting partnerships with local employers.

We’re also seeing unity around equity and opportunity from University of North Texas at Dallas, Paul Quinn College, and Southern Methodist University with a focus on educational opportunities for minority students, many of them the first in their family to seek a college degree.

Paul Quinn, a historically Black college, stresses experiential learning and entrepreneurship and has devised a financial structure to allow students to graduate with very little debt. And as the only public, accredited four-year university in the city, UNT Dallas sees itself as an avenue for socioeconomic mobility by recruiting and graduating students into good jobs.

SMU also has stepped up its efforts to promote campus diversity. As part of a $1.5 billion fundraising campaign, SMU wants to raise more than $450 million to offer more need- and merit-based scholarships. The idea is to enable students in North Texas who are eligible for Pell Grants the opportunity to afford an SMU education. SMU also is deeply involved in a partnership with DISD, Toyota and the West Dallas community in the West Dallas STEM School Program at Pinkston to give students experience in science, technology, engineering and math.

Like so much of the country, Dallas has an uncomfortably high number of uninsured patients, health care deserts, and access and affordability disparities. However, Dallas’ major medical institutions have made sizable investments in satellite facilities, telemedicine and other strategies to improve health in underserved neighborhoods.

The city also seems to be improving public safety, although that is more difficult to gauge from crime statistics alone. Violent crime was a problem before the pandemic and still remains unacceptably high. Dallas Police Chief Eddie Garcia’s violent crime reduction plan has attacked crime without employing random stop and frisk or zero-tolerance policing strategies that inflame neighborhoods and lead to complaints of heavy-handed policing. Garcia wisely has emphasized the importance of collaboration with other city departments to rectify conditions of neglect that provide crime a place to incubate as part of a broader strategy to lift up neglected communities.

Dallas is trying to get smarter in understanding and breaking the links between crime and poverty, hopefully reducing poverty and not criminalizing or ignoring it. In the late 1960s, the Kerner Report identified poverty as the root cause of much crime, but Dallas, like so many other American cities, failed to act on that finding, and in some ways, perpetuated poverty and crime.

Historically, the challenge for Dallas, like for much of the nation, has been to follow through on the recommendations from reams of reports that have highlighted persistent and often generational problems. Equitable economic development, excellent educational pathways, prosperous neighborhoods and opportunities for all residents to live their best lives are the goals we should keep in front of us. Achieving equity will not be easy, but we can take some comfort in the fact that Dallas is having the uncomfortable, but essential conversations, and ultimately the commitments to rectify wrongs. Over time, having those conversations, and doing the work that must follow, will allow the city gradually to address a divisive past and embrace a more inclusive future. 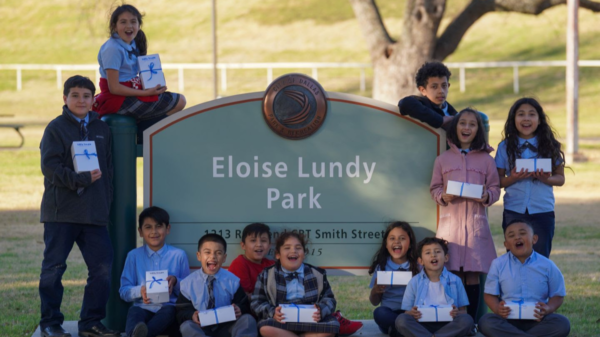 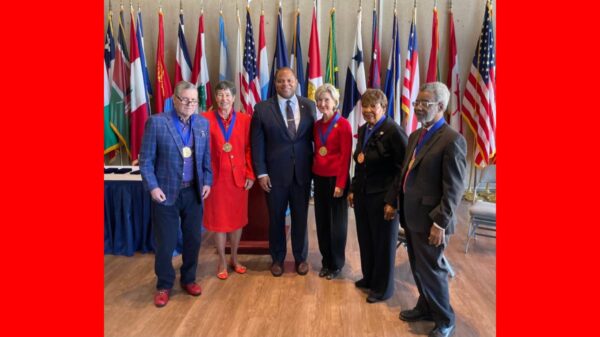 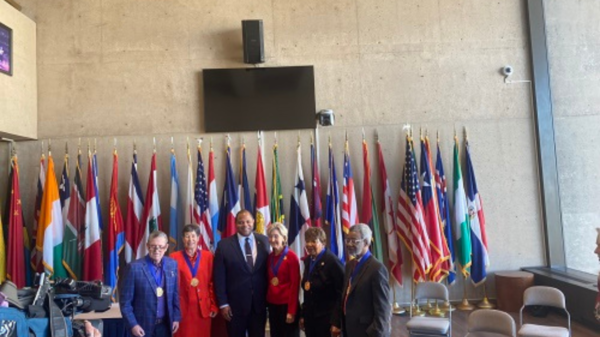 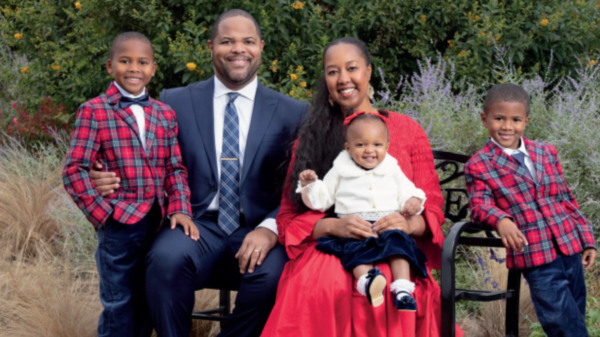 Season’s Greetings! As 2022 comes to a close, we are wishing you and your loved ones a joyous and peaceful holiday season. Our city...