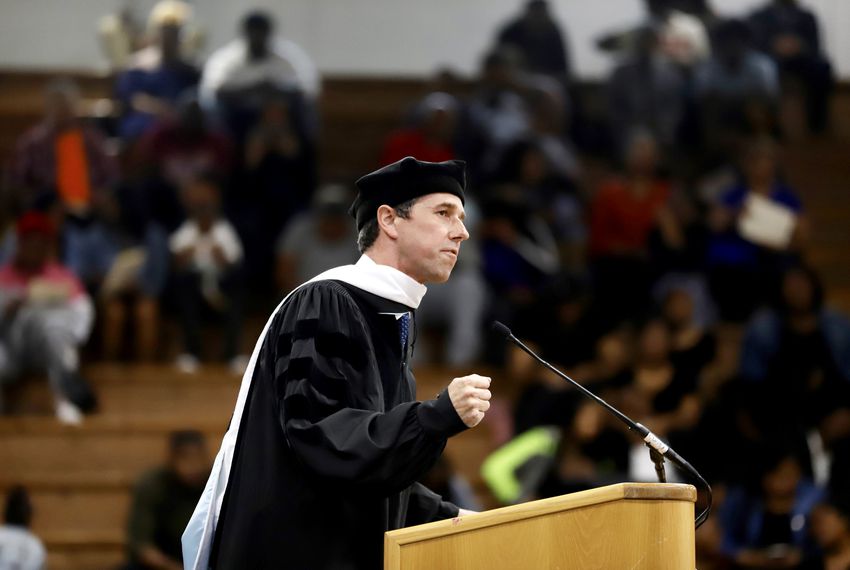 I called Amy last night after I’d learned about the murders in Midland and Odessa.

I know this happens all the time. In fact, this is the fourth massacre in Texas in under two years. And just last year alone there were 340 mass shootings in America. Amy and I were just talking about this same thing the night before because we’d both read news stories about a shooting at a high school football game in Mobile, Alabama.

In other words, this shouldn’t have come as a surprise. Because of our country’s deference to the gun lobby and the NRA at the expense of the lives of our fellow Americans — our unwillingness to pass background checks, red flag laws; our inability to stop selling weapons of war and our failure to buy those back that have already been sold… because of what we’ve accepted, our complicity in 100 gun deaths a day… because of all of this, logically, this was bound to happen.

So what made me feel so sick, so sad, so angry?

Maybe it was because it hadn’t even been a month since the last mass shooting in West Texas, when 22 people were killed at a Walmart in El Paso.

Maybe in the aftermath we all took some false comfort, like lightning couldn’t strike twice.

Because when it comes down to it, we look at these shootings like we would a lightning strike, a natural disaster, an act of God, something you couldn’t predict or plan for, couldn’t stop even if you wanted to. Just gotta take your chances and accept that it happens.

Like lightning, we think about how to protect ourselves despite the threat — bulletproof backpacks for our kids; active shooter drills in our schools; deciding what window you’re going to jump out of, which bookshelf you’ll pull down, how you’ll get your kid to safety or how you might have to shelter them by sacrificing your body and your life.

Now, *you* may not look at it that way… You may be the one organizing the march for our lives, the walkout from your school, the local Moms Demand chapter. But, *we*, we are all in this together, for good or for bad. For life or for death. And in a government of, by and for the people, we judge ourselves by whether we’ve changed this, or failed to change this.

And so far, we’ve absolutely failed to change this.

On that phone call last night, Amy said, “I don’t feel right, either.”

We feel sick for the families in Midland and Odessa. The parents who lost a child. The parents who are with their child in the intensive care unit in Lubbock. The families who are in shock and in mourning. The many friends we have there, who we called, who assured us they were okay — but shaken up. Just left the lockdown at the Target, or the Young Democrats meeting at the hotel, or wherever they were when the first reports of an active shooter came in.

We talked about how there is so much hatred and pain in this country right now. Anger and racism and a divide between us that seems to grow every day. Paralyzing. The sense of common purpose, an ability to focus on what we have to do together to save ourselves and one another, lost. How do we find our way back? I told her about a story I’d heard of London during the Nazi blitz (German for “lightning”) in 1940 and 1941, how in the face of indiscriminate terror and death a city and a nation united in common purpose and common cause. Londoners stopped focusing on their petty differences, their personal disappointments, their private despair — and did everything they could to save the lives of their fellow humans and to unite in confronting the Nazi menace.

How do we approach this menace of gun violence that kills 40,000 of us a year in the same way?

I read something Rabbi Michael Latz wrote this morning. He was responding to criticism that using profanity to describe this horror — the death toll in Midland and Odessa now stands at 7, including a 15-year old girl who attended Odessa high school, with 19 injured, among them a 17-month old child — and our complicity in it was wrong. To those concerned about calling a fucked up situation “fucked up,” he said:

“Profanity ain’t the F-bomb. Profanity is living in a country where a 17 MONTH OLD BABY IS SHOT IN THE FACE…”

He reminds us that we must see what is happening clearly, speak about it honestly and act decisively.

I’ve listened to you as I’ve traveled the country and have written your experiences, your ideas and your leadership into our plan to stop gun violence, which you can read here.

But we can’t wait that long to act. Your voice is needed right now.  So here’s what we must do now.