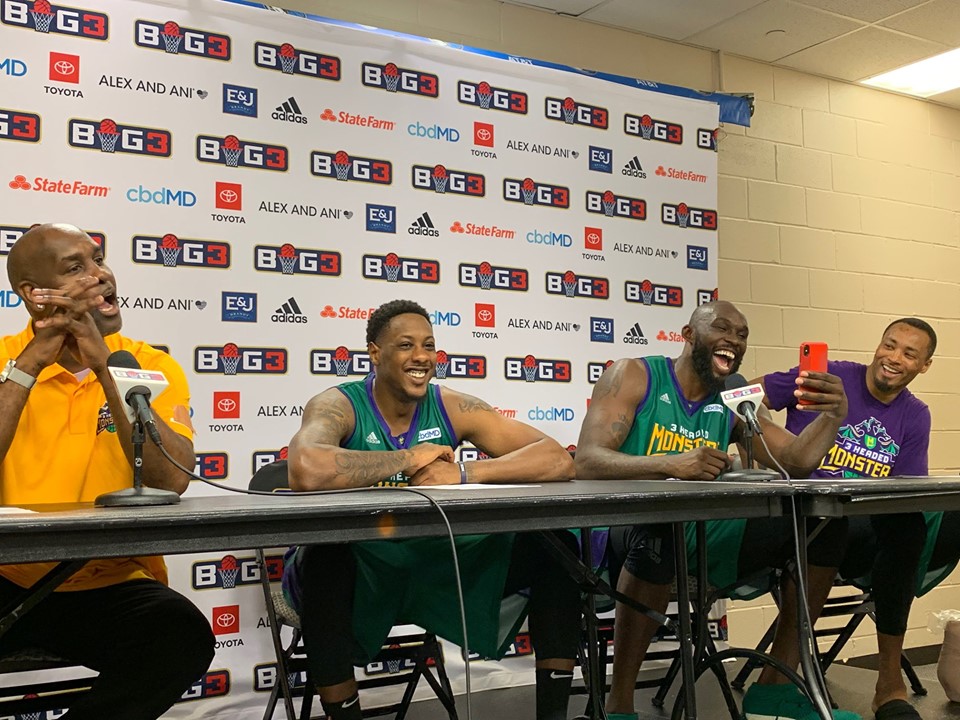 The Big 3, entrepreneur, actor and rapper Ice Cube’s popular 3-on-3 basketball league concluded its regular season before more than 17,000 fans in Dallas.

Played at the American Airlines Center before an official crowd of 17,152, the league’s 12 teams played a slate of games on August 17 with four teams left standing and the playoff field officially set.

Before the games began, the members of team Power, coached by WNBA legend Nancy Lieberman, were presented with their 2018 BIG3 Championship rings.

After the ring ceremony, the games began and they did not disappoint. MVP Candidate Joe Johnson of the Triplets set a League record for points in a single season (175) and scored a team high 19 points to help his team defeat the Ghost Ballers 51-38 and take the No. 1 seed.

“Not only for me but the way they (Ghost Ballers) were playing, it’s like they were giving our guys wide open shots so I was trying to assert myself a little and get us over the hump,” Johnson said. Johnson, who is 38 years old and a former NBA All-Star, said he is appreciative of the Big 3 League and the opportunities it provides. “I love it.

To get the chance to still compete at a high level, getting a chance to play on national TV, playing with my guys, it’s been fun,” he said. “Coach Lisa (Leslie) keeps us in check and it’s been fun. I look forward to it every weekend.”

“We are extremely thankful to Jeff (Kwatinetz, Big 3 co-founder) and Ice Cube and Amy Trask (Big 3 Chairman of the Board) and all the leaders at the top, I say it all the time,” Leslie said. “I’m grateful to them for giving Nancy (Lieberman) and I this opportunity to coach these men and to have equal pay so we can’t applaud them enough.”

The Championship game was played on September 1 in Los Angeles. The Triplets beat the Killer 3s 50-39 while the 3 Headed Monsters beat the Power 50-42 in the third-place game.