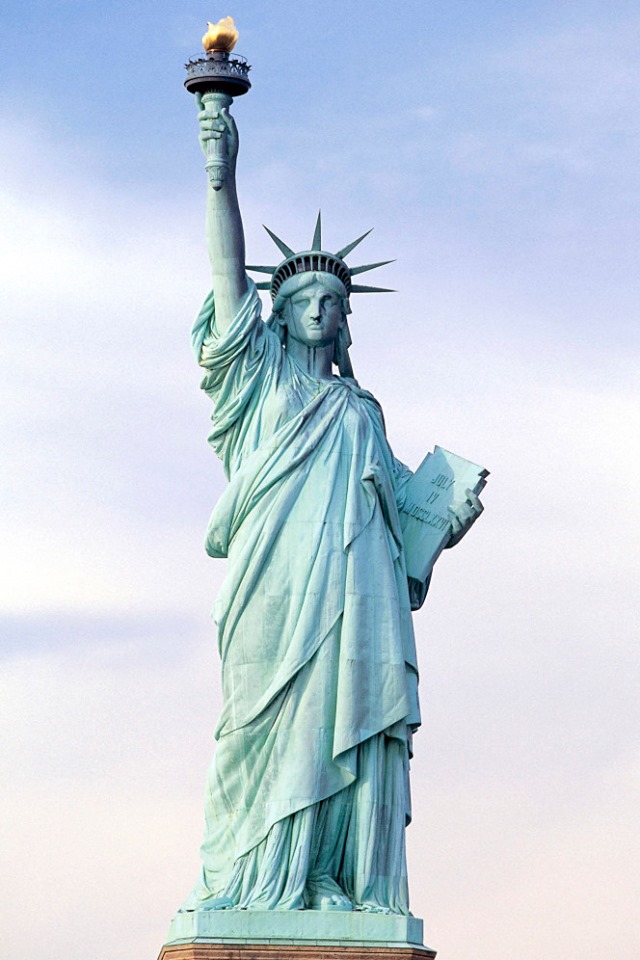 Towards the bottom of the Statue of Liberty, one of the world’s most enduring symbols of freedom and renewal is a poem written by the 19th century author and activist, Emma Lazarus.

The writing has brought tears to the eyes of millions of people who have come to the United States from Europe, Asia, Africa, Central and South America and other places throughout the globe, yearning for freedom, fleeing tyranny, starvation, war and death.

Ms. Lazarus wrote the poem guided by a warm heart, a compassionate conscience and a vision of a better life for all of those who were fortunate enough to find their way to the shores of our country. Now, some in the current administration, without warm hearts, guided only by cruelty and political calculus are attempting to reverse a policy that has helped to make our democracy and our nation stronger, and culturally and economically sound.

These men and women are concerned that the demographics of America are changing too rapidly, and from their perspectives a nation that is less white is a problem. It will not be as good as one whose majority population consists of people with European roots, they believe.

Some in the White House have issued new guidelines that would limit the number of legal residences from Africa, Asia, South America and the Caribbean who are able to become American citizens. Starting in the early fall, most immigrants that cannot show that they can exist in America without assistance from the government will be denied green cards and will be placed on paths leading towards deportation.

The rule also reflects President Trump’s stated preference for immigrants from Nordic countries. No doubt his preference is flavored by his characterization of certain African countries as places where no decent person would live. This new unsavory rule will establish an unfortunate precedent in American immigration policy.

We have never denied citizenship to people who had little or nothing in their personal bank accounts. If the proposed standard had been in place relatives of some of our greatest scientists, artists, physicians, educators, elected officials and entertainers would not have qualified to become American citizens.

If we head in this direction, the flame proudly held high by “Lady Liberty” in the New York Harbor will be distinguished, the victim of small minds with bigoted hearts, armed with a malicious agenda.