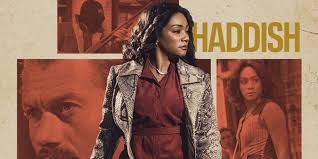 The Kitchen stars two comedic actresses, Tiffany Haddish and Melissa McCartney, along with Elizabeth Moss. However, there is not a hint of comedy in the movie. The three ladies portray women in the 70s who keep up their husband’s protection business when the three men are arrested and go to jail.

The women organize the criminal operation, left to them by their husbands, and do an even better job of running the criminal operation than the men did. The three women all have different personalities. Moss is an abused wife who vows never to be roughed up again. McCartney, whose family is from Hell’s Kitchen, is a criminal with a heart of gold.

She helps the local union get labor jobs and protects local business owners from mob intimidation, for a small cut from the local merchants. Finally, Tiffany Haddish is a straight-up gangster. Without giving away too much of the plot, Haddish is involved in a lot of funerals with her fellow female criminals.

The Kitchen is a really hardcore gangster movie with plenty of drama and action. The movie starts out with the women begging for scraps from the previous crew (a protection racket who runs the neighborhood) to running their own crew in Hell’s Kitchen.

The women are ruthless in their role as the heavy hand over the neighborhood. Moss’ character even develops a sick perversion to killing. She comes to enjoy it. The cradle falls when the three women’s husbands get out of jail and try and take back the organization that the women have designed with skill.

The Mafia also gets involved, wanting to cut a deal with the women for a part of their crime organization. The Kitchen is rated R and has a run time of 1 hour and 42 minutes. There is some killing going on that will make you cringe but the story of three female criminals is a really interesting story.

On my “Hollywood Popcorn Scale” I rate The Kitchen a LARGE.