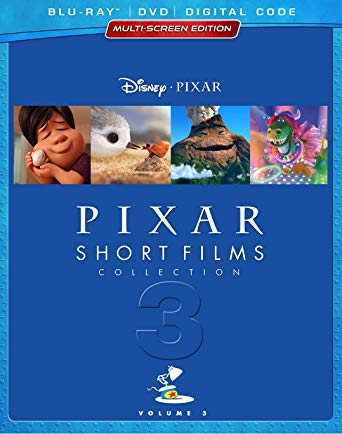 *For more information or to enter the giveaway, email news@texasmetronews.com*

Film Synopsis: From Disney•Pixar and the creative minds who brought you The Incredibles, Finding Nemo and Toy Story comes the studio’s latest collection of delightful and inspiring animated stories – Pixar Shorts: Volume 3.

Bonus*: Filmmaker Commentary – Each short’s filmmaker(s) will provide commentary on their film.
Filmmaker Intros – Each short’s filmmaker(s) will provide an into to their film.
Making Bao – Director Domee Shi shares her secret recipe for making an animated short – discussing how her rich cultural heritage, unique relationship with her mom and her love of food all informed the making of the food-fantasy Bao.
Caricature: A Horrible Way of Saying ‘I Love You’ – At Pixar, the utmost sign of respect and admiration from your peers is to become a caricature. Take a look at some hilarious story artists’ representations of their colleagues.
2 Mini-Movies – Marine Life Interviews & Miss Fritter’s Racing Skoool