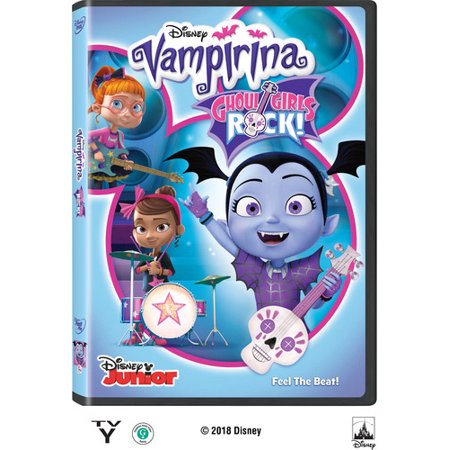 *For more information or to enter the giveaway, email news@texasmetronews.com*

Rock Out with Vampirina and The Ghoul Girls!

Synopsis: Follow Vampirina and her two best friends, Poppy and Bridget, as they take the stage and start their very own band: the Ghoul Girls! Cheer them on as they travel to Transylvania for their first-ever talent competition and go on many more awesome adventures! Amped with six music-filled episodes, plus seven bonus animated shorts, Vampirina: Ghoul Girls Rock! soars to fangtastic new heights as Vee and her friends learn how to find their inner ghoul and rock out!