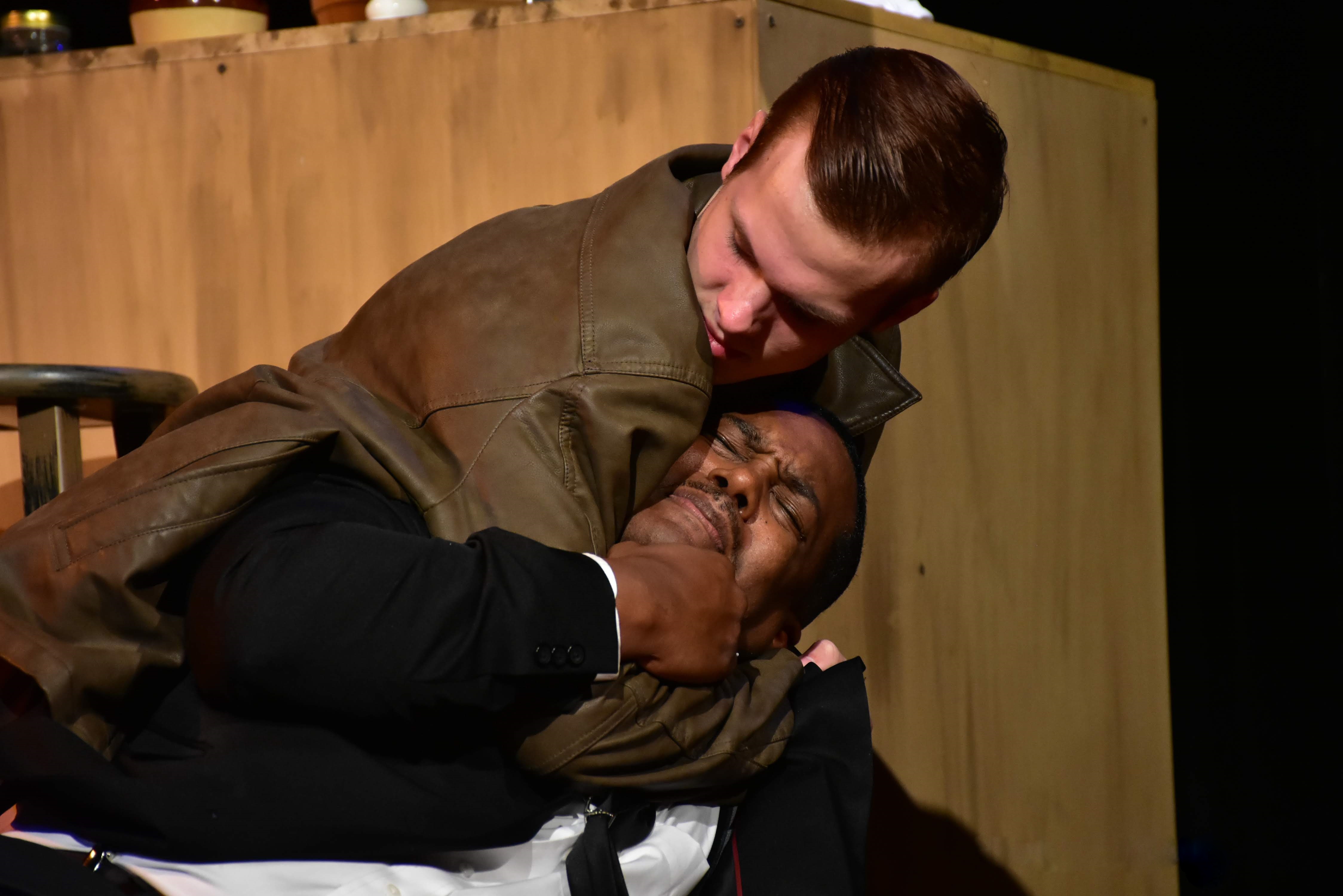 In the early 1960s, Nina Simone and her band resort to an eatery in North Carolina during a snowstorm. They arrive with expectations of camaraderie and a hot meal but encounter more. They befriend the waitress there who becomes enthralled within their conversations. The conversations take on many directions and lead all involved on an emotional roller coaster.

No one there will leave the same.

Do not expect a musical production from The Champion; as a matter of fact, there is only one song performed within the play.

It focuses more on Nina Simone’s character and her mental state in relationship to those around her. The play was powerful and intense, but it needed to be in order to make the impact that it did.

Despite the sternness of the play, there was a strong sense of intimacy as well. This, at times, made me feel as if I was invading their privacy. I was fixated from the very beginning until the very end.

Such a captivating performance by the cast of The Champion.

Amy Evans offers an unexpected perspective of Nina Simone within her play and with the direction of Rebecca McDonald, it is successfully accomplished.

The Champion is not at all what you may know the about Nina Simone but rather what you do not know. Very Compelling!