Dallas County and City of Dallas officials have acknowledged the impact of fibroid tumors by proclaiming July as Uterine Fibroid Awareness Month. That designation is supported by similar national proclamations as well as Texas House Bill 1966 that was presented by State Representative Senfronia Thompson.

“As I have worked with organizations, medical experts, business leaders, other non-profits, patients, and community leaders we were able to collectively work with the former Dean of Women Legislators in Texas, State Rep. Thompson,” said former State Rep. Loraine Birabil. “She helped us to bring concerns about uterine fibroids to light. With her assistance we were able to get Texas to be the tenth state to acknowledge July as Uterine Fibroid Awareness Month.

“Rep.Thompson also got another bill passed to help bridge the information gap around uterine fibroids. All too often the information is just not available for women, so that they know they have options.”

Although an untreated uterine fibroid can be painful and noticeable, some women continue to suffer in silence due to fear of an unsatisfactory solution. This month there will be several activities and opportunities to share information about a condition that has resulted in the inability to give birth.

In Dallas, there will be a Self-Care Health Fair and Feminine Hygiene Supply Drive, July 16 from 11:00 AM until 3:00 PM, at After 8 to Educate (Fannie C. Harris Youth Center), 4212 E Grand Ave; in addition to activities in Beaumont,Fort Worth, TX and across the country.

“Many women don’t know that fibroids are common and some of the symptoms that they may be experiencing are not normal. Women are taught to suck it up and bear their monthly discomfort, so they ignore on-going concerns. Very often their issues can be treated and taken care of,” said Dr. Suzanne Slonim, MD a recognized interventional radiologist and leading fibroid expert.

According to Dr. Slonim, about 80 percent of Black women and 70 percent of white women will develop uterine fibroids in their lifetime.

“Fibroids are non-cancerous tumors in the uterus. They are made up of muscle cells and fibrous tissue,” she explained. “In young women, they start growing any time after puberty. They can cause all kinds of symptoms.

“The key factors are that they are not cancerous, and they are quite common. Yet if untreated, they can really cause significant problems in a woman’s life.”

Dr. Slonim says the most common symptoms of fibroids are heavy bleeding and heavy cramping. There are also symptoms like urinary frequency, bloating, constipation, back pain, leg pain and pain during sex. Many of these symptoms are also associated with women experiencing difficult monthly periods.

Although it is unclear exactly what causes uterine fibroid tumors, there is information regarding what feeds them and several of the risk factors and protective factors. Estrogen and progester-one are hormones produced by the ovaries. They cause the uterine lining to regenerate during each menstrual cycle and may stimulate the growth of fibroids.

Some say fibroids may also be hereditary.

Dr. Slonim admits that obesity and estrogen are some things that can make fibroids worse. On the other hand, increasing vitamin D and exercise can help improve symptoms caused by fibroids.

“The biggest risk factor is being a Black woman. Eighty percent of Black women have fibroids. Yet, this doesn’t mean that they all are symptomatic. A lot of White Women and Hispanic women have fibroids as well. But they are most common in Black women, and tend to be present as a different condition,” said Dr. Slonim.

A hysterectomy is the most extreme of the procedures and done in more severe cases.

“The bigger a fibroid becomes the more difficult it is to treat,” said Slonim. “They can get so big they are pressing on adjacent structures. They can press against the vein that drains the blood from the leg, so that you can get swelling from the leg.”

In spite of the alarming statistics and severity that uterine fibroids can cause there still has not been much public attention given to them.

“In the work to address health disparities we came in contact with medical providers who high-lighted some of the issues that patients are facing with uterine fibroids,” said Birabil, who is with the Barbara Jordan Leadership Institute, which provides a comprehensive approach to community-based leadership in action.

“It is something personal to me as a Black woman. I had fibroids and everyone that I know in my age bracket (of childbearing age) also has had fibroids. In fact, one of my close friends has suffered from debilitating issues from uterine fibroids.”

Because Birabil has first-hand experience with fibroids, this has become a personal concern to bring awareness to this issue as she has collaborated with the medical community to address this major health concern.

“Every week I see women who enter my office whose inside is filled with a uterus that comes up from the pelvis all the way to the sternum just pushing everything out of the way and compressing other organs inside her,” said Dr. Slonim. “I have patients that cannot bend over because their uterus is so big. I have women that are losing weight because they cannot eat due to the fact their uterus has grown so large and there is no room inside them.

Dr. Slonim, encourages women to go to the doctor and be examined before fibroids cause major damage.

“Those are issues when the fibroids have been unattended for several years. That is when you get swelling from the waist down because the blood cannot drain back to the heart, or the kidneys are blocked. Women can have kidney failure and end up on dialysis due to fibroids issues that have not been addressed.”

For more information on how you can participate in Texas Uterine Fibroid Awareness Month, go to the website txfam.org. 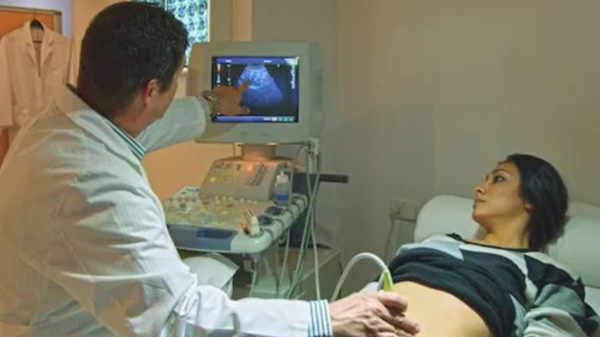 UTSWPatricia Santiago-Munoz, M.D.Obstetrics and Gynecology Approximately one-third of all babies in the U.S. are delivered by C-section, and as those rates increase so has the... 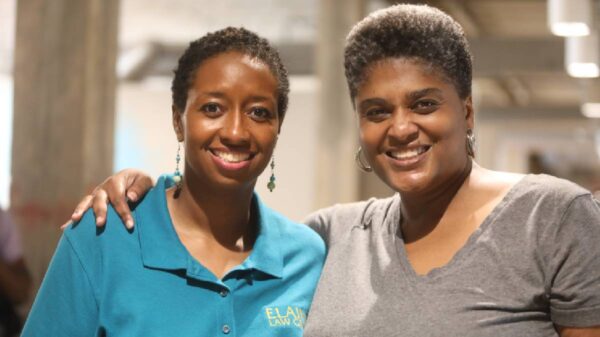 By Sylvia Dunnavant Hines Heavy bleeding, uncontrollable bladders and back pain are just some of the symptoms that many women experience as the result... 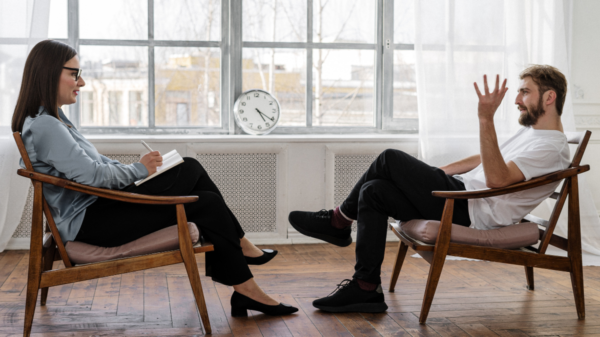 America is in the midst of a public health crisis and Dallas is showing leadership in addressing the most prevalent and costly health issue...