Haiti is more than an epicenter of recurring natural disasters and its current political upheaval. Lesser-known, Haiti is home to the largest, most successful slave revolt in history, which led to its founding as the world’s first Black republic in 1804.

The splendorous beaches of Haiti are portrayed in this month’s blockbuster film Black Panther: Wakanda Forever, where the late T’challa’s son reveals his name is Toussaint, after the general who ousted French, British and Spanish invasions. Haitian food doesn’t make any appearances in the film, but its cuisine was lauded last week when Kann, an upscale eatery in Portland by celebrity chef Gregory Gourdet, landed the top spot on Esquire’s Best New Restaurants in America list.

For these reasons — a triumphant, often buried history along with recent veneration — people are seeking out Sophia’s for fritay, Haitian fried street foods, and pâtés, which are similar to the empanadas of neighboring country the Dominican Republic.

Sophia’s also offers some fusion food, like hot dogs topped with tangy pikliz, a slaw that, as Esquiredescribes it, injects “a shot of flavor steroids” into Haitian dishes. Adisson’s Haitian hot dog won Best Hot Dog at the World on Wheels food truck rally and barbecue competition in September 2022. He also took home trophies for Best Seafood and Most Original Dish, which were his handmade pâtés he says are “fork-pressed, the old way.”

Sophia’s customers “dive into it,” Adisson says, adding that their enthusiasm “makes it really easy for me to explain the history behind [the food].”

Like its political history, the foods of Haiti are fascinating but often unknown. As languages are melded in Haitian Creole, the cuisine combines flavors, techniques and ingredients from France, West Africa, Spain, Portugal and the Caribbean. Notably, Haiti gave the world barbecue. Smoking kill at night was first observed on the island by Spanish colonizers who translated the native word to “barbacoa.” Another unsung fact: When Haitian refugees fled to New Orleans after the revolution, they brought red beans and rice, along with other Creole recipes, with them.

Adisson says Sophia’s Haitian Cuisine, named after his wife, is the only place offering a dedicated Haitian menu that he’s aware of in Dallas-Fort Worth.

After growing up in Haiti and living in New Jersey, he describes his address in Celina, where he currently lives, as a “leap of faith,” like the food truck. Desiring a warmer environment to raise their teenager, the Adissons moved to Texas in 2017. But when another baby was born in 2020, the “plotting” that occurred during the pandemic pushed him to create something. In May that year, Adisson started setting up at events, his first at a Cinco de Mayo celebration in Lewisville.

He took yet another leap of faith in January 2022 when he quit his post office job to focus fully on Sophia’s. Recently relaxed food truck laws that allow for trailers have helped. “Now, I got this bad boy running like crazy all over D-FW,” Adisson says.

While chef Gregory Gourdet admits he was reluctant to serve Haitian food at his first restaurant, Kann, he ultimately decided to do so after seeing the effect of his cooking on Haitians. But for Adisson, he says he chose to focus on Haitian food because “it’s tastier than most of the popular foods.”

“During COVID, I had time to think and analyze the lack of Haitian food in the USA, so I gave it a shot,” he adds.

Along with attending every event he can find, Adisson also offers catering, for which he reserves special dishes like diri ak djon djon — what he calls “black rice.” The dish incorporates dried mushrooms from Haiti, which he conserves and has shipped a couple of times a year. The mushrooms can sell for up to $64 a pound, making it the most expensive Haitian cooking ingredient.

In addition, Adisson promises that wherever Sophia’s sets up on New Year’s Day 2023, he’ll serve soup joumou, a Haitian pumpkin soup he prepares with oxtails, beef chunks, potatoes and macaroni. Sometimes called “independence soup,” the dish originated from a soup made with pumpkins that French colonizers forbade their slaves from touching. It’s now a celebratory symbol of Haiti’s strength, mettle and independent spirit.

Adisson is a reflection of this spirit. He actually won Best Food Truck Spirit at the Food Truck Championship of Texas this year. He hopes that with some success, his spirited food will lead to multiple Sophia’s food trucks in big cities throughout the state, maybe even the nation. 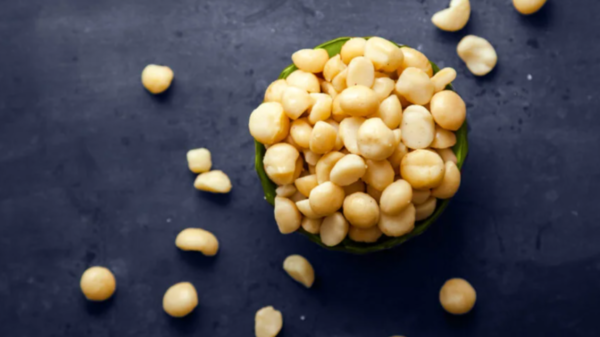 Snacking on tree nuts may boost serotonin, have cardiovascular benefits

The authors of a new study recently established a link between the consumption of tree nuts — almonds, cashews, hazelnuts, macadamia, pecans, pistachios, and walnuts —...